Home Gaming Uncharted 4 is out on March 18th, with two special editions 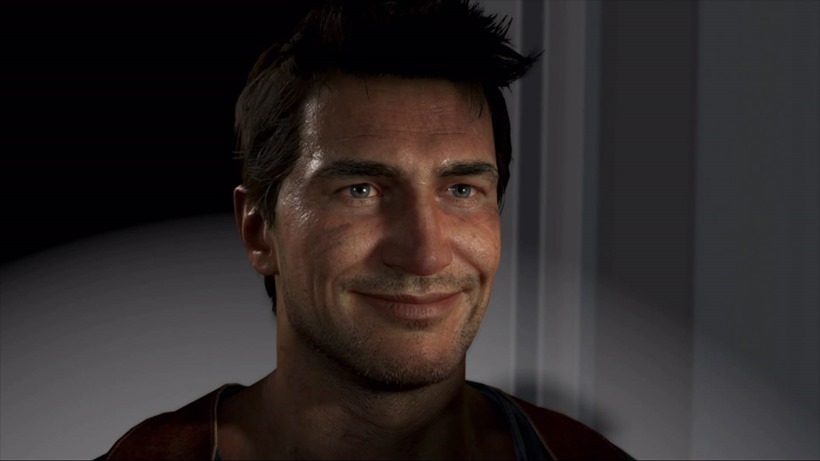 Well now, isn’t Q1 of 2016 getting a little crowded already. Over the weekend 2K announced that the PC exclusive XCOM 2 had been pushed back to February 2016, and now the PS4 is set for its own exclusive blockbuster just a few weeks later. Uncharted 4: A Thief’s End is arriving a little earlier than expected – on March 18th to be exact.

Previously it was assumed that the final entry into the incredible franchise would launch in April, making this a rather welcome surprise. Uncharted 4 is meant to end Drake’s story for good, as well as providing a truly cinematic showcase on Sony’s flagship hardware. It’s no surprise then that you’ll have the choice of not one, but two special edition for the game – both of which aren’t able to grow their own stubble over time.

First up is the plain Special Edition, which will cost $79.99 and ship with some mild extra goodies. 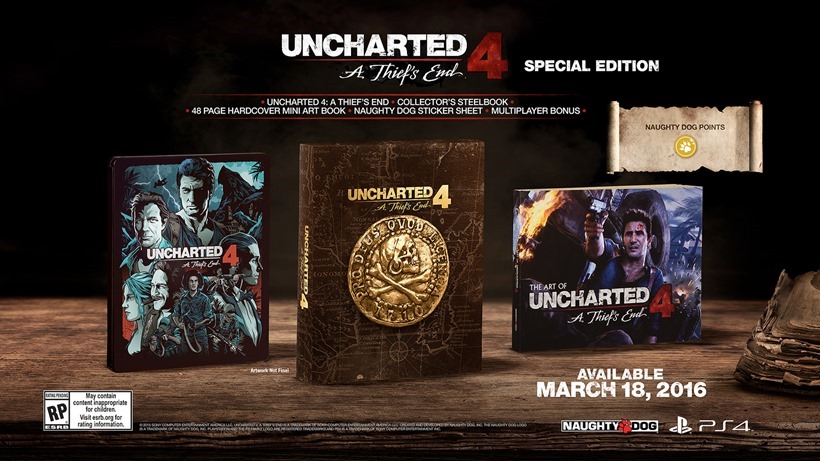 Let’s be honest though – it’s the Libertalia Collector’s Edition that you really want to go for if you simply can’t get enough of Uncharted. This edition retails for a hefty $119.99, but comes with a gorgeous statue of Drake (among other things). It too cannot grow stubble over time unfortunately. 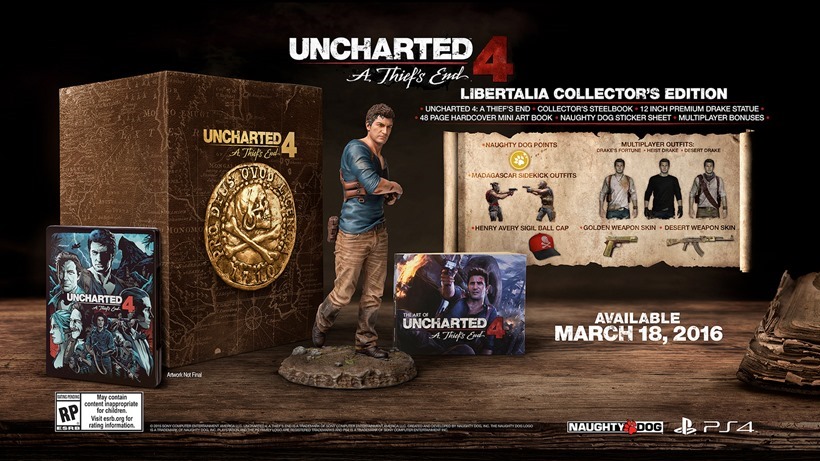 We do not, however, have any idea yet if either (or both) or these editions will wash up on local shores yet. Confirmation for that will probably come through tomorrow, but for now it’s safe to pack your credit card away. It was out, wasn’t it?

Regardless of whether we get these or not, I’m truly excited for Uncharted 4 next year. Remember that you get multiplayer beta access with the upcoming Uncharted Collection for PS4, which is launching in October.