Home Gaming Valve has its own VR headset, but you’ll never get to use it 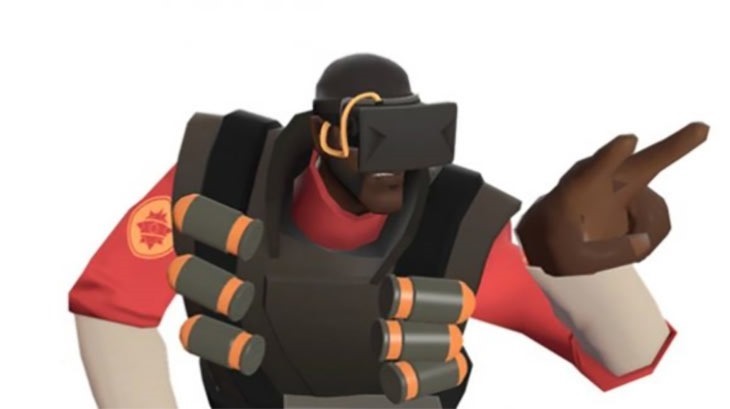 We know that Valve has more than just a middling interest in Virtual Reality. They introduced an entire Virtual Reality SDK in to Steam, and they’ve had a meeting or two with Rift VR, the people behind the Oculus Rift. They’ve got their own VR tech – and according to those who’ve used it, it’s life-changing stuff.

Giving his feedback on the tech, “Feep,” a developer at Iridium Studios says Valve’s VR is miles ahead of the original Oculus Rift, and still better than Rift’s Crystal Cove.  And it’s not the first time we’ve heard such hyperbole regarding Valve’s VR.

“Valve’s solution is lightyears ahead of the original Oculus Dev Kit,” he claimed. “Resolution, while not at ‘retina’ level perfection, was no longer really a significant issue. The screen door effect was almost completely negligible, thanks to a shiny 1080p display. (Not actually shiny, shiny like in Firefly.)

“Just as fantastic was their low-persistance display tech. The display ran at a blistering 95 Hz, and the pixels only flash for approximately 20% of that 10.52 ms refresh time. You don’t notice any flickering or lack of brightness, and the plus side is that ghosting and smearing were drastically reduced. Not *completely* eliminated, mind you.

It’s still tethered, he says, and there are no real games to play, just a handful or two of technology demos, descriptions and details of which you can read over at neoGAF. As somebody who owns a Rift dev unit, he’s mighty impressed by it.

“This is an incredible, potentially world-changing technology. There are obstacles to overcome, but many of them have already been conquered. The use cases for these devices are almost literally infinite. This is the future. Tron is the future.”

Unfortunately, for whatever reasons, Valve will not be releasing their VR solution as a commercial product, ever. Although a fully virtual Half Life 3 sounds pretty damned intriguing.