Home Gaming Virtual Reality and eSports–Where will they meet?

As gaming literally moves towards the virtual world with VR, the question on my mind is when will we meet them half way with eSports? Most of the showcases for Sony’s Morpheus, Valve’s Vive and the Oculus Rift have been around the topic of an open world Virtual Reality where you move around, look around and experience life in the virtual world. Could Virtual Reality take eSports to the next level? 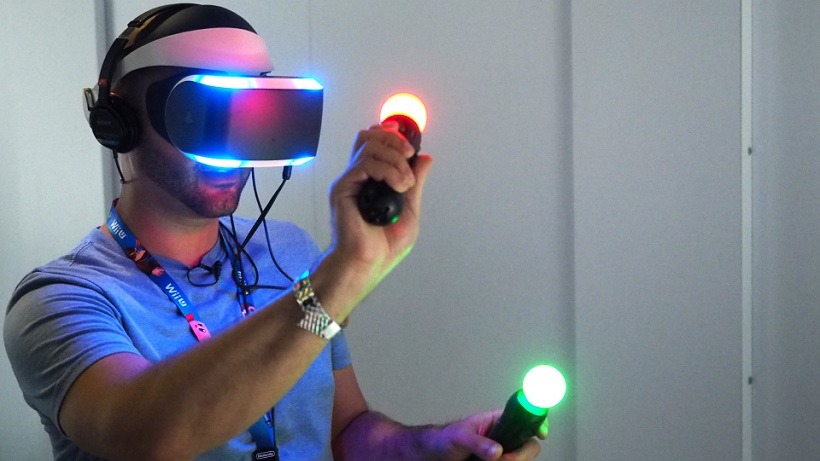 When you imagine the types of competitive games which could be incorporated in VR, obvious ones come to mind: racing simulator games, sports games, battle arenas and first person shooters. While sporting games aren’t as popular in eSports, we could look towards the racers and fps world for answers. In June during Sony’s press conference, CEO Andrew House made an announcement about their latest project, a 3 vs. 3 battle arena played with Morpheus. The aim is to bring the Virtual Reality feel into the living room as players join their friends in battle. Oculus Rift has made no push in this direction yet, which gives Sony the edge over their biggest competitor.

A few days ago the YouTube channel VRFocus released a video showcasing TrackMania 2 Stadium as a Virtual eSport. While the video was first seen in June, it has raised the questions once again.

At ESWC this year players got the opportunity to take part in a special TrackMania 2 Stadium event where they were strapped into the MMOne and got to play special maps with the full 720 degrees experience. For a game like TrackMania this may well be the future for the eSport, but whether other games will catch on is the big question. Watching the video I got a bit of motion sickness, I could imagine you’d not want to have a big meal before strapping into the MMOne.

Needless to say it’s an exciting venture and could be the next step, perhaps we will get our first taste of VR eSports soon and report back.