Home Gaming Visceral and violent DOOM should run at 60fps 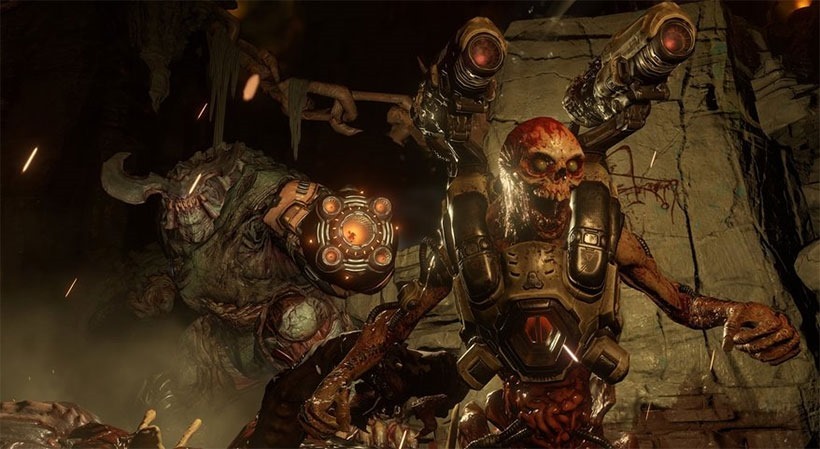 At their inaugural E3 conference this year, Bethesda publically showcased some footage of the brand new DOOM. Showing just how powerful a franchise it is, it caused much the same sort of moral outrage it did back in the 90’s, with media critics of all sorts decrying its wanton and gratuitous violence. While the game may indeed be needlessly violent, I can’t even pretend to be upset over its chimerical depiction of non-human hellspawn being torn asunder. Doom just wouldn’t be the same without it.

And it wouldn’t be the same without crisp visuals and a buttery-smooth framerate – which is exactly what developer id software is aiming for.

Speaking to Gamespot at Quakecon, Doom’s executive producer, Marty Stratton told the publication that they were aiming to have the game running at 1080p and 60fps on consoles.

“When you’re developing, you make thousands of decisions that have an impact on performance or visual fidelity,” Stratton says. “We’ve always been at the forefront of saying we want our games to run as fast as possible at the highest resolution possible. So for us, that goal is 1080p and 60 FPS. Along with that goal, the mantra of our technology team is that we want to be the best-looking game out there at 60 FPS and 1080p. So you draw that line in the sand.”

It’s not just some sort of milestone either; Stratton says it’s absolutely necessary for the game to feel and play the way it should.

“For us it isn’t just a lofty technical goal,” he explained. “We really do think it’s important to the feel of the game, it’s important to the way our combat feels and our movement feels. It’s got to be fast, it’s got to be fluid, and it’s all based on that. It really is a gameplay goal first and foremost. You do make decisions here or there. Ultimately I don’t think you can ever expect most consumers to really nitpick.”

“If you do your best to give them a very consistent experience and a very high-quality experience, which for us is a fast, fluid 60 FPS, I think that’s the most important thing.” he continues.

While I don’t really go in much for the 30fps vs 60fps thing because I’ve had some great 30fps experiences – but I think when it comes to shooters, 60 fps makes everything better. Here’s a look at that gameplay again: