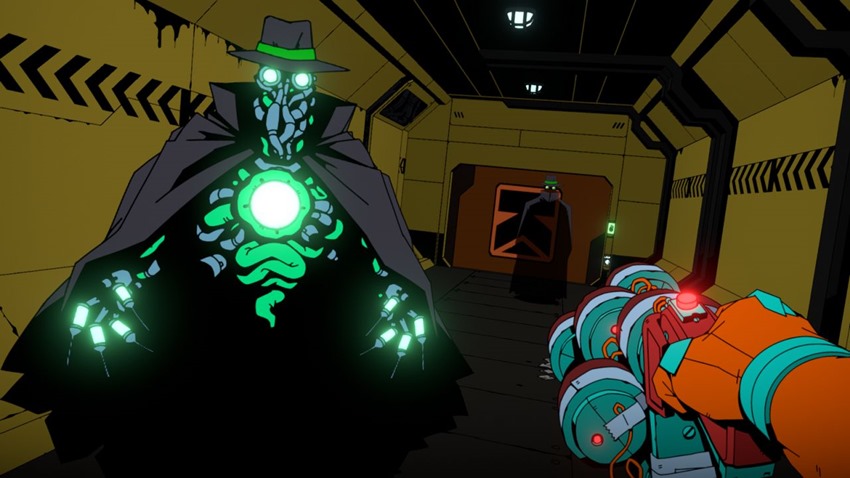 I may be a big fan of games that offer a proper power fantasy, but there’s something to be said for the right title that tasks you with using brains more than brawn. Enter Void Bastards, a new stab at the ol’ strategy-shooter genre from Irrational Games co-founder Jonathan Chey, that looks utterly delightful.

Announced at the X018 event on the weekend, Void Bastards looks kind of sublime. I’m a sucker for anything that’s cel-shaded, and the game has a bucketload of charm with its Saturday morning cartoon aesthetic and cheeky humour. Anyway, it’s you and a rag team of the titular inglorious Void Bastards, stuck in the far reaches of the Sargasso Nebula and some very very hostile space.

As the leader (BONJERNO!), it’s up to you to make the hard decisions and use your crew to outthink and outfight the various enemies who all want a piece of you:

A revolutionary new kind of strategy shooter inspired by BioShock and System Shock 2. Can you lead the misfit prisoners of the Void Ark through the derelict spaceships and myriad dangers of the Sargasso Nebula? Will you make the right choices about what to do, where to go and when to fight?

Looking good, right? In Void Bastards, you’ll need to have a plan for each encounter, as you navigate through enemy territory and scavenge for supplies which can be used to fend off pirates with craftable weapons such as a “distracting robo-kitty”. Awwwww, it’s so cute in its homicidal application. Death is probably going to occur often, which is why it’s fortunate that you’ll have an endless supply of convicts to use as cannon fodder.

Don’t bank on outlasting the enemy bullets with the imprisoned meatbags however, as failure can result in you having less access to the materials you need. So far, so good! Void Bastard is out in early 2019, and will join the Xbox Game Pass program as well.