Home Gaming Want in on the Destiny Alpha? 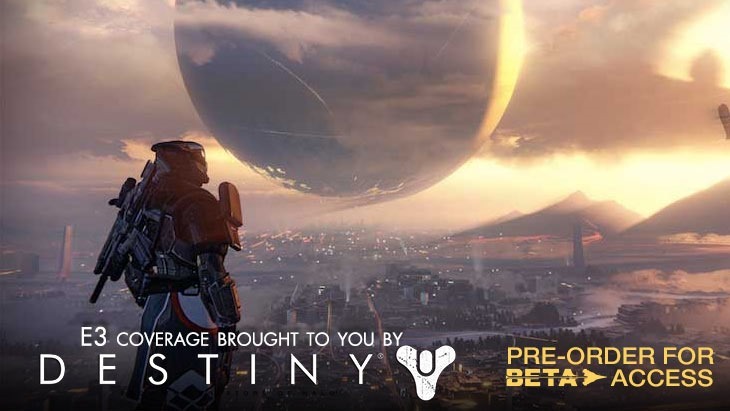 As you  may have seen from Sony’s conference, PlayStation 4 owners can get hands on with Destiny a little earlier than everyone else, by participating in the game’s alpha. Want in on that action? Here’s how.

The Alpha runs for just three days, from June 12 to June 15. In order to register for the Alpha simply access the link below and enter your PSN ID before the end of June 11:

That’s it. You’re not guaranteed access, but trying is better than not. If you’re successful, you’ll receive a code allowing you to download the alpha and jump in to the game’s world once it goes live on June 12. As it’s alpha, and not even beta, expect hiccups and issues – but if the demo from Yesterday’s conference is anything to go by, expect amazing things.

It definitely has a bit of a Halo vibe to it, but that’s expected seeing that it’s made by the guys who created Halo. I’m just keen to see exactly what it is; is it an MMO, is it not?  We’ll be able to remove that air of mystery this weekend. Go, get in to the alpha. Mostly so that I have somebody to play with, ok?