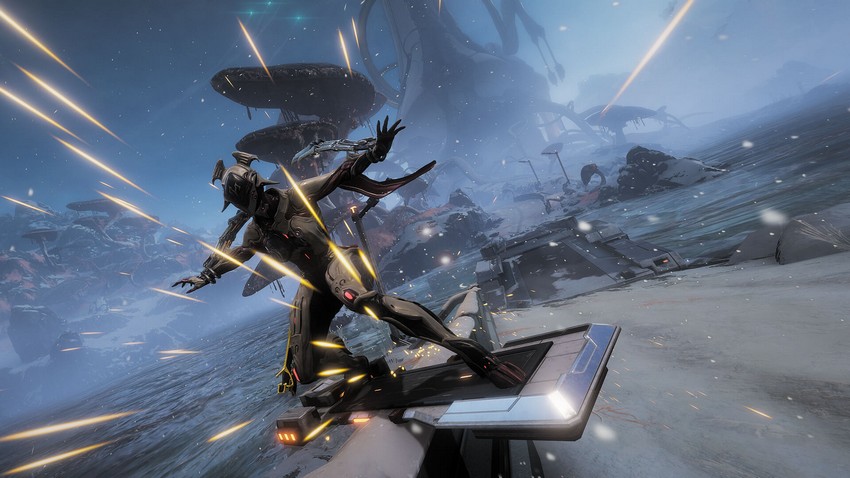 After a week of cryptic teases and ARG puzzles, Digital Extremes has finally… well, just made official what we kind of knew already. Warframe’s new feature-packed Fortuna update is being released on PC this week. The most notable thing Fortuna brings with it is, of course, the brand new open-world area on Venus, which is reportedly exponentially bigger than the popular free-to-play sci-fi shooter’s previous open-world efforts, Plains of Eidolon. Getting around such a large area has been made easier – and cooler – with the introduction of the brand new K-Drive hoverboards, which will allow you to pull off sick tricks as you traverse the frozen landscape of Venus either on missions for the game’s new factions or maybe just to do a spot of hunting or fishing.

Along with the brand new reveal trailer released last night confirming Fortuna’s release date, DE has also posted all the details of the new update on their official site. Check out some of the highlights below:

Down in the underground city of Fortuna, you’ll meet the Solaris: a society of body-augmented individuals who live in debt-internment under Corpus rule. The Solaris live in fear of being “repossessed” — cybernetic limb and organ removal by Nef Anyo’s repo squads. Despite living in terror and debt, the Solaris are a hopeful community who pride themselves in their efforts to terraform Venus.

A disbanded resistance front, the Solaris United fought to unshackle the Solaris from the Corpus “Taxmen.” It’s unclear why the movement ended, but rekindling the rebellion in Fortuna is key to a free Solaris society.

Made with stolen Corpus technology, turbo-powered K-Drives are ideal for the mountainous Vallis landscape. Find the Ventkids — a local street gang that lives in the ventilation shafts of Fortuna — to create your own personalized K-Drive, then equip K-Drive Mods to increase your max speed, boost speed and more.

Wildlife has returned to the Vallis, but the Corpus are destroying these creatures for their Feed and Research Division. Work with The Business to track these endangered species down, tranquilize them and extract them to safety, away from the Taxmen’s reach. 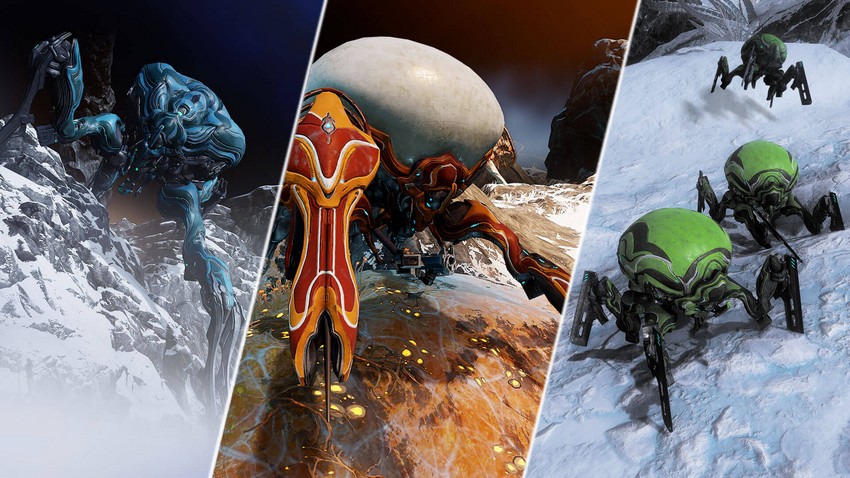 Located in the eye of a snowstorm, the Orb Vallis was once a scorching wasteland. When the Solaris reactivated the Orokin coolant towers, life reappeared in the Vallis. Giant looming mushrooms sprung from the snow, and four-legged Virminks appeared in the valleys. Through their blood, sweat and tears, the Solaris terraformed this barren region into a beautiful, hospitable world — but the Corpus are destroying this delicate balance in their pursuit of profit.

As you explore the Vallis, beware of mechanical, spider-like machines known as Raknoids. These Corpus-designed creatures range in size and lethality, from tiny Mites to the massive, invulnerable Orbs that loom over the region. Fortuna’s brightest are currently researching how to take down these Orbs

You can read the rest of the new features, which includes MOA Companions, Kitguns, underground caves to explore, advanced mining and fishing, new Corpus enemies and facilities, bounties to capture, brand new weapons and cosmetics, and more. The “more” in this case, also including Garuda, the brand new “gore-based” warframe. 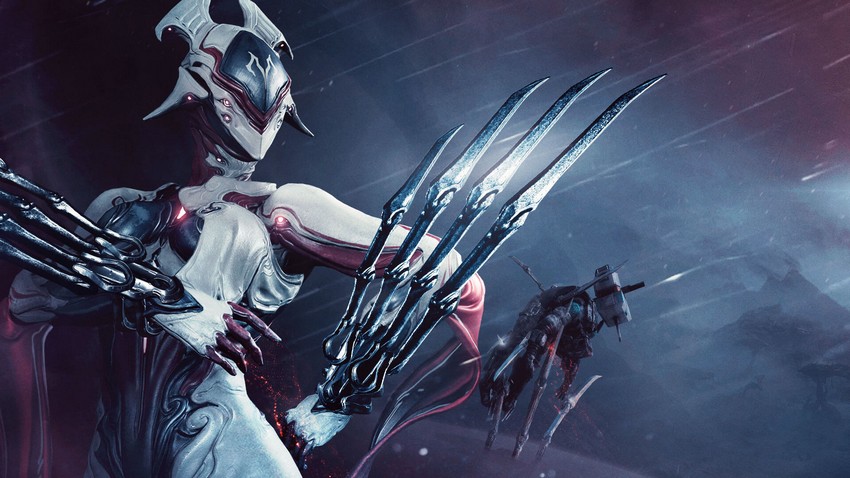 Garuda’s four abilities have also been detailed as can be seen below.

Rip the life force from an enemy and use it as a shield that captures damage. Charge to channel the captured damage into an explosive projectile.

Impale an enemy on an altar of talons and siphon health for Garuda and her allies.

Charge to expand the targeting area, release to send Garuda’s talons careening toward each target in area. Surviving enemies are prone to bleeding.

That’s a whole lot of content for Tenno to get stuck into. Only PC Tenno for now, that is though. DE has not revealed a release date for Fortuna for console players (like me) yet, but they have said that will be there “soon”.