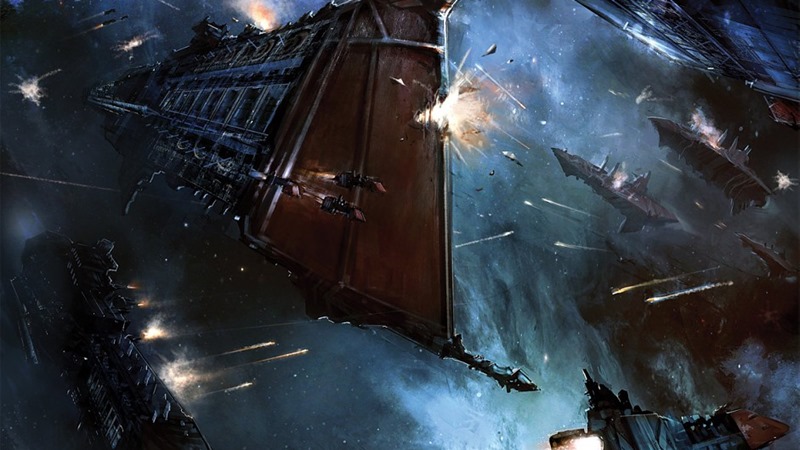 I’m a big fan of the Warhammer 40K universe. It’s essentially a mixture of WWE superstars, Starship Troopers and Star Wars raging battle across a universe and dimensions where the death toll from an average war clocks in billions of casualties. It’s also a universe that is ripe for video game adaptations, such as the super-popular Dawn Of War series of RTS games and the much-loved Space Marine action game. This year, Warhammer 40K goes back to the RTS genre, but they’re taking the action…TO SPA-ACE!

Battlefleet Gothic: Armada is the name of the next game set in that universe. It’s all massive space battles, as the Imperial Navy takes on the forces of Chaos. Here’s the full press release and some shiny images, copied and pasted below. Because it’s Monday:

Focus Home Interactive and Tindalos Interactive are pleased to officially announce the development of Battlefleet Gothic: Armada, a real time strategy adaptation of Games Workshop’s famous tabletop game for the PC. The game stages the mighty armada of the Imperial Navy’s Battlefleet Gothic against the insidious and galaxy threatening Chaos Black Crusade of Abaddon the Despoiler in dark, deadly and intense space battles.

Developed on Unreal Engine 4, Battlefleet Gothic: Armada is an RTS in which the player takes command of one of these battlefleets composed of the most powerful spaceships from the Imperial, Chaos, Eldar and Ork forces, in a no-quarter given struggle for the control of the Gothic sector of space.

Battlefleet Gothic: Armada offers deep management of every ship composing the player’s fleet, both during and between battles. From the fastest frigates to the gigantic, miles-long battleships, the player will customize all aspects of his ships: weaponry, defense and support sub-systems, etc. each customization affecting the very performances of the ship and the special abilities available during battle. From battle to battle, the admirals and crew of surviving ships will gain experience and promotions, improving the battle-readiness of the ship for future, bigger and more dangerous battles.

We will unveil the game to the gaming press in more detail very soon; discover now the very first screenshots of the game, captured from a very early development version of the game. 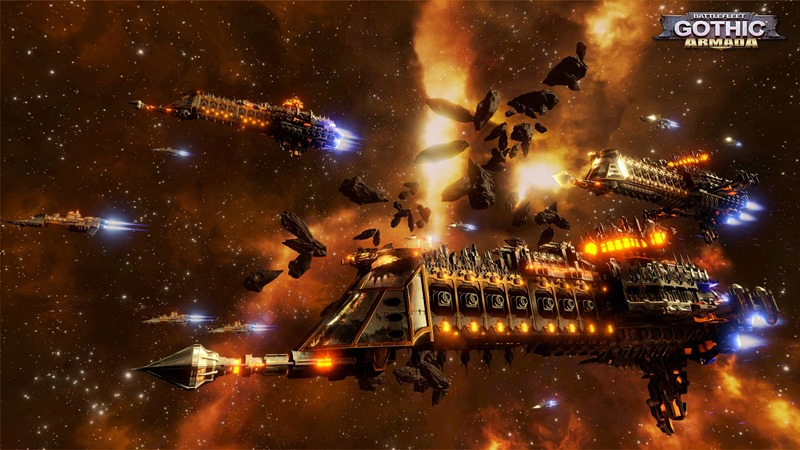 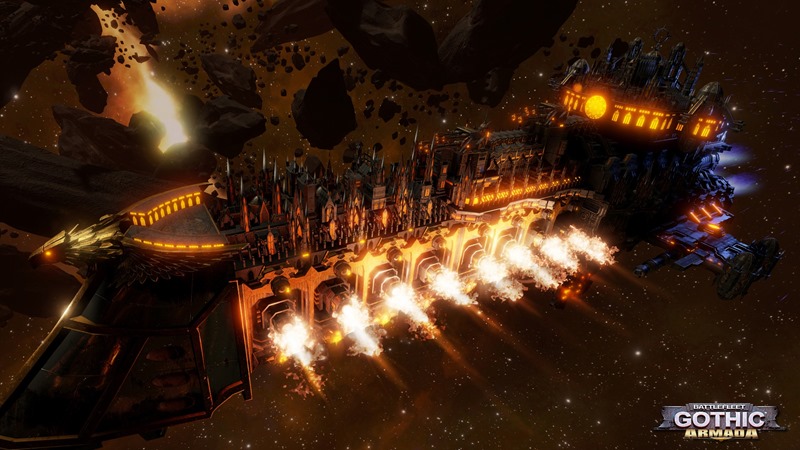 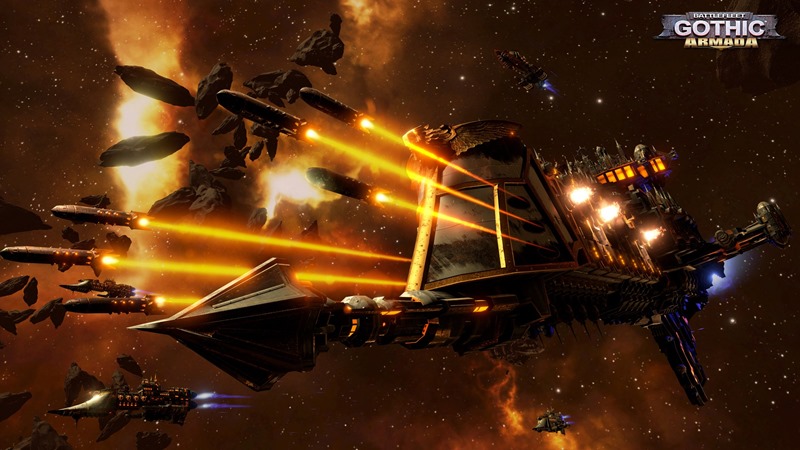 If Rhema Ministries went into space to start preaching, I’m certain that they’d have cathedral ships like that. I dig RTS games, I dig space and I dig massive battles, so I’m keen to see more of this game, which would allow me to finally put Star Wars: Empire At War away. Hopefully those new details, will be revealed soon.