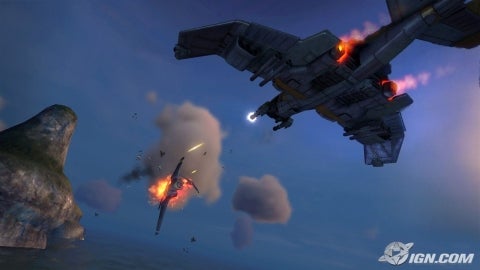 Over at IGN they are talking about WarHawk not being a downloadable game but rather it will be released on Blu-Ray… I don’t care? Anyway back to what I do care about…

WarHawk on the PS3 will have no single player support, WTF is that about. Now Sony has been doing some fantastic things recently to up the value of their console and they have managed to halt the tide of hatred against it.

But bringing out what looks like an awesome game with no single player mode is plain stupid. So I go and pick the game up on a Monday and slap it in my machine, I then find out no other South Africans are online and the best I can do is lag my ass around against some Americans… Stupid idea Sony….

The Sony team made waves last week when it announced that its flight-based actioner Warhawk would be playable only as an online experience.

With Half-Life: Alyx done, Valve’s ready to give Artifact a second chance, ushering in cha…