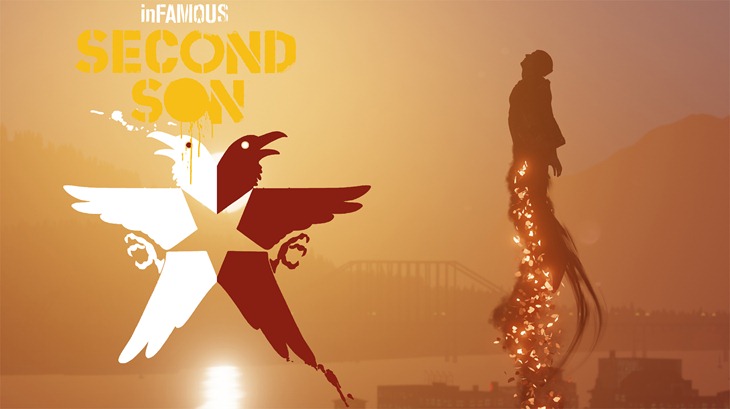 I don’t think that words can adequately sum up just how excited I am for Infamous: Second Son. The game looked hot at E3, and it looks even better today. I’ve got so much faith in the third Infamous game, that I’ve already slapped down cash that I don’t have for it. In fact I had to use a loan to buy the game. And because I have no collateral, my knees were broken in advance. Finance!

Thanks to AGB, here’s that footage. You might need to brush up on your Russian for this:

You know what I’m really digging about the game? The lead character, Delsin. Most times, a sandbox adventure starring a regular Joe who gets zapped with powers ends up in the lead character bitching and moaning about he/she just wants to be normal. That annoys me endlessly, and I’ve seen to much of that plotline recycled in all forms of media.

Testicles to that idea I say, as Delsin revels in his newfound powers, something that I can appreciate. Hell, I’d be Spider-Man right now if it wasn’t for that damn radioactive spider-bite that caused my hair and genitals to fall off.

Infamous: Second Son, feels like it captures the joy to emit pure-1980s funkadelic neon beams inside the city of Seattle. It looks damn pretty, and like another great hardware demo for the PS4. The game is out in March. If you haven’t played any Infamous games yet, then now is a good time to start, as the first two titles are available for cheap cheap.

Plus Infamous 2 has our most famous local export! Mercenaries! From Souff Effrika!