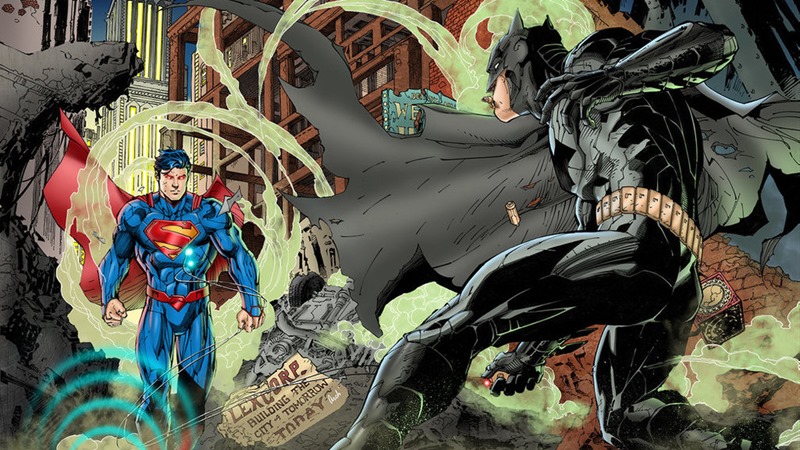 When it comes to heavyweight combos, the Justice League will always be the prime group in the room to any other super team around. You’ve got the last son of Krypton, the world’s greatest detective, an Amazonian powerhouse and even more big guns in one super-sized combo meal of justice. Justice League is also a funny way of spelling “You’re f***ed” to any interplanetary threat, but that’s life. We’ve seen the Justice League in several video games before. But long before there was Injustice for all, there was meant to be another game starring the capes and tights brigade. Only that got cancelled.

DC Comics’ powerhouse team of heroes were meant to pop up in  a fighting game that would have been linked to the Justice League movie that was in production circa 2007. Developed by Double Helix, the game would have seen the Justice League members smacking several shades of spandex out of each other. Here’s some footage of the game in action from PtoPOnline via Kotaku, proving how Batman is better than Superman. Because screw your logical reasoning, that’s why:

It’s an interesting look at what almost was, as the game would have been released between Mortal Kombat Vs. DC Universe and the superb Injustice: Gods Among Us from Mortal Kombat studio NetherRealm. But it was cancelled, so that’s that then.  It reminds me of that other fighting game starring heroes in tight costumes, Marvels: Rise Of The Imperfects. As for developer Double Helix they eventually went on to create the Killer Instinct reboot for the Xbox One, a fighting game that oozes pure pedigree, while the DC Comics-related license was given to other capable developers, resulting in the Injustice and Arkham games.

Games which certainly looked and played a hell of a lot better than Blizzard’s Justice League: Task Force.