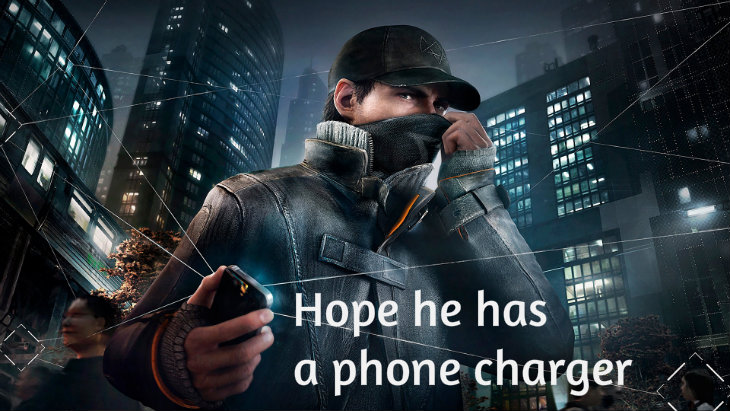 Watch Dogs is the next open-world sandbox game that I’m just itching to get my hands on. I know, it could be overhyped and it has a lot of live up to thanks to the delay, but I’m still excited. So, how long will is the game?

According to the great and powerful twitter, the average (read: non-completionist) player will get 35-40 hours of gameplay – so similar to GTA V:

@vytla102 I would say the average player which does free roam a bit tend to reach the end within 35-40h. But doing everything is close 100h.

I’m pretty happy with that. Assassin’s Creed IV gave me hours of gameplay, let alone all the sailing I did. I figure my time with Watch Dogs will be pretty similar – tons of story content, padded even more with side missions, collectibles and the opportunities to just wander around and explore. With a total of 100 hours of content, I don’t think many people will complain about the size of the game, or value for money.

For those who haven’t seen it yet, the new story trailer gives a bit more insight into what’s going on:

For those who don’t watch videos, we basically get to listen to Aiden get Batman voice. No really, he’s doing that raspy thing for no clear reason. That said, the trailer shows him becoming disillusioned with his city, and even shows the scene when he gets the all-powerful smart phone. What follows is a combination of blackouts and explosions to show off his awesome new powers, all being used to save the city, or maybe destroy it. Really, do all stealthy characters do something that make their vocal chords take strain or something? Just talk like a normal person!