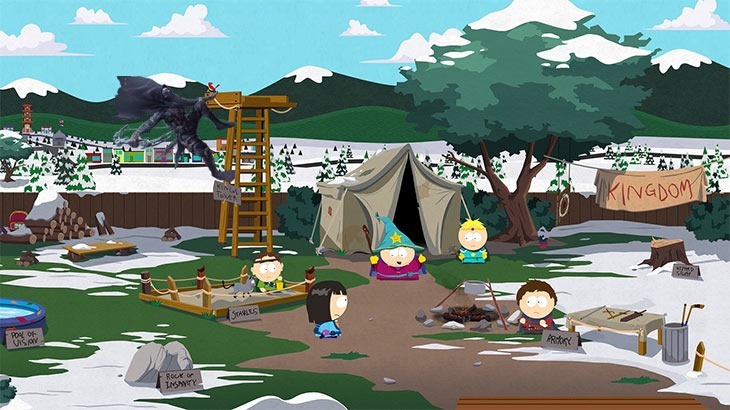 If you have 30 minutes to spare, grab a cup of coffee and a cookie, muffin or some other baked good and settle in to watch some extended gameplay from two rather anticipated upcoming games. Square Enix has released 17 minutes of thief footage for your enjoyment, while Ubisoft has released 13 minutes of South Park: The Stick of Truth.

First up, Thief. Long-time fans of the series have been a little sceptical about this new reboot. there are some new mechanics, some old ones are gone, and Garret’s got a new voice actor. However, we’ve had a good look at it, and think it’s going to turn out to be an excellent game for fans and newcomers alike. Here’s a very spoiler-tastic look at the entirety of the first mission of the game, called Lockdown. It’s the bit that happens right after the opening tutorial. There are four different ways of infiltrating this building and you get to see one of them.

“After a heist gone wrong, Garrett is trying to make his way back to his hideout in the clocktower. Along the way, he happens upon a jewelry store. Garrett being who he is, you can imagine what happens next…” says the official PR.

Next up is a 13-minute-long look at South Park: The Stick of Truth. In her recent preview of the title, Zoe very nearly fell in love. Now you get to see the opening of the game, which introduces the “new kid” and the Kupa Keep.