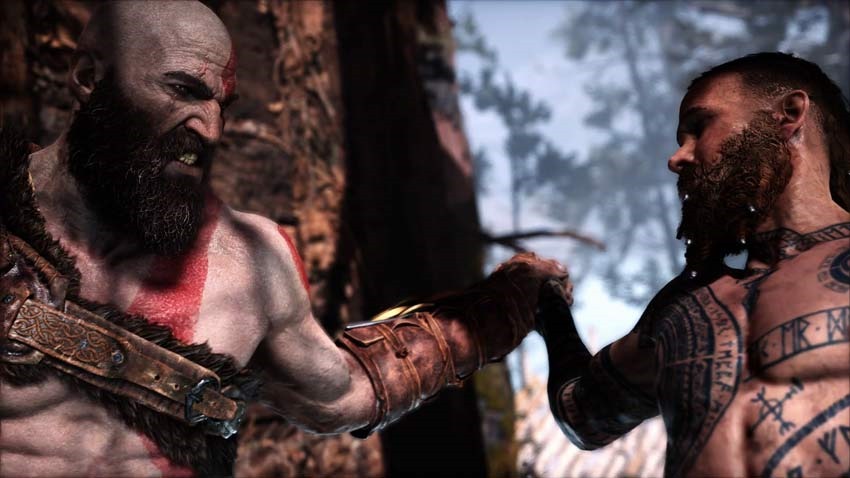 STOP! Whatever you do, do not read this article any further. Refrain from hovering thine mouse cursor over the embedded YouTube videos! I beg of you, just click away! Just click away and it can all be over! God of War drops tomorrow, and like the finest things in life, it’s best to avoid as many spoilers as possible. You’re going to be seeing a lot of God of War footage soon, as the embargo for showing off what exactly we’ve done since we got our hands on the latest Kratos simulator, has had the sword of Olympus shoved through its belly.

First up, here’s Alessandro kicking some troll ass in a father-son bonding moment:

And here’s what I’m calling the best damn fight scene in video game history, featuring Kratos going one on one with a wandering Scandinavian god who can match him blow for blow:

How good was that? I’ll tell you how good: Chef’s kiss emoticon good. It’s as if an American version of Dragon Ball Z was given some proper love and care, instead of being a ramshackle budget affair so terrible that it makes me want to claw my own eyes out rather than subject them to seeing another round of CGI farts being thrown around.

It’s also just a taste of what’s in store for you, the second you boot up God of War. A game which is apparently very very good to play.