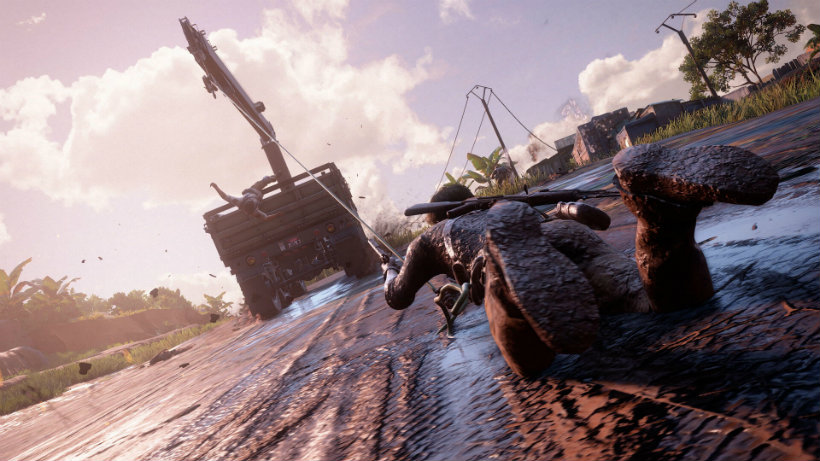 Uncharted 4’s E3 demo was pretty gorgeous. Okay, really gorgeous. We were all blown away by the way the cut scene melded perfectly into the gameplay, something made more pronounced by the fact that the controller didn’t work at the actual event and we were assured that this was real live gameplay. Of course, more happens after what we saw in the Sony press conference, and now you can see it for yourself.

Behind closed doors, the Uncharted 4 E3 demo continued. If you want to skip straight to that point, jump to the 7:30 mark:

Check out those water effects, and then those mud effects. The combat looks so quick and action packed – I have a feeling I will fail this sequence multiple times when I play it for myself. There is just so much going on and it looks so ridiculously gorgeous. I just can’t get past the combination of driving and shooting in such a detailed world. It’s gameplay we simply haven’t seen before in the Uncharted franchise and will get fans of the franchise far too excited.

Of course Uncharted 4 is also offering us something new as Drake takes on a more personal journey with his brother. Then again, it’s all about a quest for fabled pirate treasure – who would have thought pirates could be socialists? As long as there’s treasure involved, I think we know the kind of trouble Drake can get into.

Your name is mud Drake, and in the context of this Uncharted 4 demo, I think that’s a good thing.