Home Gaming What are your beta expectations? 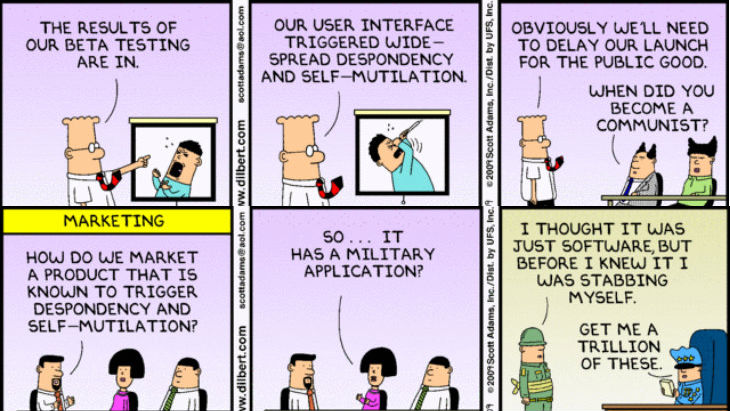 I’ve been thinking a lot about betas recently. It started when I played the beta for FFXIV: A Realm Reborn, but it’s come back after previewing The Elder Scrolls Online and preparing to play the Titanfall beta. I have certain expectations for Betas – do you have the same?

To me, the cycle of development is fairly clear. Developers have an idea that they throw around and start brainstorming and coding. That’s the Pre-Alpha. Once the game is playable (albeit barely and with plenty of broken parts), it’s in Alpha. This is then fixed, developed and tested internally until most or all of the features are present, moving the game into Beta. The Beta version should be feature complete, but will still have plenty of bugs, balancing issues and may still crash at random. However, it is ready to be released into the semi-wild (Open, Closed or Public Betas) in order to find all the problems so that they can be fixed.

When the game is at it’s final testing/development stages, developers will have a Release Candidate (RC) version, or version 1.0. From there, we can see an RTM version (release to Marketing/Manufacturing), later followed by the live release or the game going “gold”. Of course, this is based on a traditional development cycle, and doesn’t account for the Valve or Agile development methods which can turn this all on its head.

Now, I’ve played a bunch of games in the Beta (and Alpha) stages. Sometimes they are incredibly close to what you get as a final product, and sometimes they are miles away. It can also depend on the purpose of the Beta release – is it just about testing server capacity, character balancing, or full-on game testing? Developers do not need to release a final build of the game in order to test server capacity, and expectations need to be scaled appropriately.

That said, I received a lot of flak over some comments I made about both FFXIV and TESO. Apparently, all flaws in a game can be forgiven under the “but the game is still in Beta” excuse. Sure, plenty can be forgiven – I don’t mind quests that bug out and don’t let me complete, or character models being incomplete, or visual affects that aren’t turned on. All of that can make sense to me as part of Beta testing. However, when I am told to preview a game based on a Beta, I base my opinion on the look, feel, features and experiences of the game.

Tweaks will happen as the game moves through the development cycle, but I expect that by the time I receive a Beta invitation for the express purposes of writing an opinion, the game I’m playing should be a viable version. Bugs will happen, but the game has moved out of Alpha or early Beta and should be something worth previewing.

What are your expectations? Game development has changed so much in recent years – with Kickstarter and Steam Early Access, Alpha and Beta builds of games are available earlier and earlier. We have come to assume that a game we play early will be broken and missing pieces, but we’re so excited to get hands on that we grin and bear it. Klei, the developers of Mark of the Ninja and Don’t Starve, have attributed many awesome features to the feedback from Alpha and Beta players. Conversely, gamers now demand information about games earlier in their life cycles, and then jump to conclusions about finished products when all we’ve seen are pre-Alpha images.

I am a big believer in artistic/creative process. People need the freedom to make mistakes in early stages of their work – if they’re worried about failure they won’t try new things and we’ll just end up with millions of COD and Flappy Bird clones. No one wants to read the first drafts of my editorials, just as I’m sure I’d laugh at Alpha versions of some of my favorite games. However, at a certain point that product will be released into the wild where it will be judged.

So when do you start judging a game, and what are you willing or unwilling to accept from a game in Beta?