Home Who would win between Fallout and Skyrim? 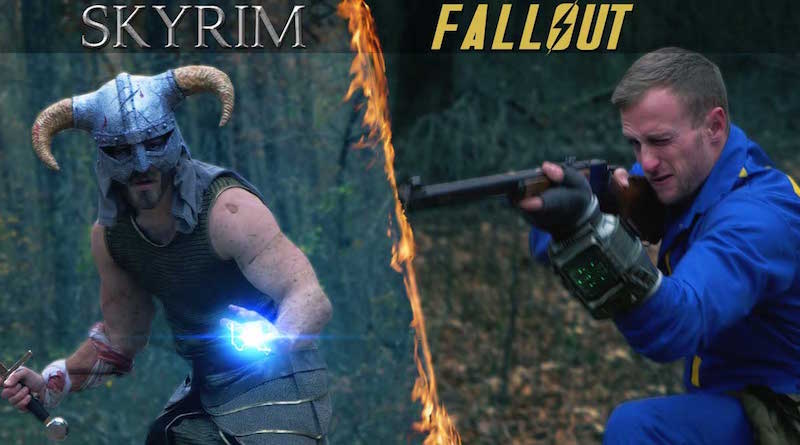 Fallout and Skyrim, two massive titles in the realm of RPGs and dismembered limbs. As different as the settings are, both games are actually extremely similar. They’re both first-person, they both have some awkward combat at times and both have at least one feature that makes them unique. Fallout has VATS and Skyrim has Dragon Shouts – so which one is better?

That’s not quite what this latest Game Wars video sets to find out, but it’s pretty much the focal point regardless. What would happen if the rugged, wasteland trotting Vault dweller came up against the dragon slaying Dovahkiin in one-on-one armed combat? Well, there would be a lot of blood apparently.

Also, anyone else think the Dragonborn is an absolute dick for attacking some weary stranger for no reason? Or have I been playing Skyrim wrong all this time?

It’s a great little battle with some rather neat special effects, but nothing trumps the jabs it takes at some of the odd mechanics both games share. Like how players heal wounds, for example. I for one would throw money at a twisted Fallout X Elder Scrolls crossover – although I have absolutely no idea how something like that would even work.

Ignore me Bethesda. Unless you like the idea, in which case pay me.