Home Gaming Why Deep Down is free to play 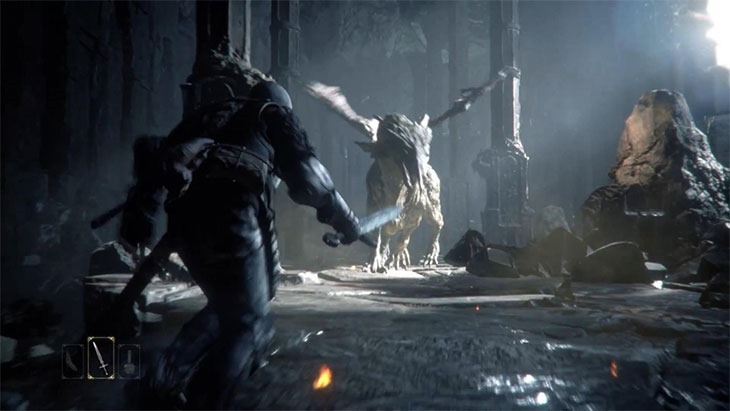 Capcom’s Deep Down is one of the prettiest upcoming games for the PlayStation 4, thanks to its fiery new Panta Rhei engine.  It seems to take what was good about Dragon’s Dogma (which is not much, according to some) and expand upon that. For fans of Dragon’s Dogma and games like Dark Souls, it’s enticing, with one caveat; it’s a free to play game. Capcom’s explained why.

In a shareholders’ meeting (via Siliconera), the company explained its free-to-play philosophy, and related why they feel that Deep Down will benefit from being free to play as opposed to being a traditional retail title.

“We understand that there are some risks,” a company rep said, “partly because Deep Down is our first free-to-play game for a next-generation console. But we believe that risk taking to some extent is required in part because this title is the starting point for our growth in content sales for next-generation consoles.

“Furthermore, a business model in which we do not simply sell games has the advantage of giving us access to feedback from users. We are able to use that information to solve issues, so we plan to refine and update Deep Down for some time.”

Deep Down is coming to the PlayStation 4 as an exclusive – though we unfortunately have no idea when it will be arriving. They also don’t expect to make much money from the game… until they start monetising the hell out of it, of course.

“We have not decided when to launch this title. But since we will use the free-to-play business model, earnings will probably be small in the first fiscal year regardless of when we start this service because of depreciation expenses. We anticipate earnings from this title for longer term starting in the following fiscal year.”

I’m still not sold on free-to-play games. They require a balance between offering substantial gameplay for free while still managing to extract money from players and it’s a balance that’s not particularly easy to get right. It’s not one, frankly, that I’m confident Capcom of all people will manage to achieve.