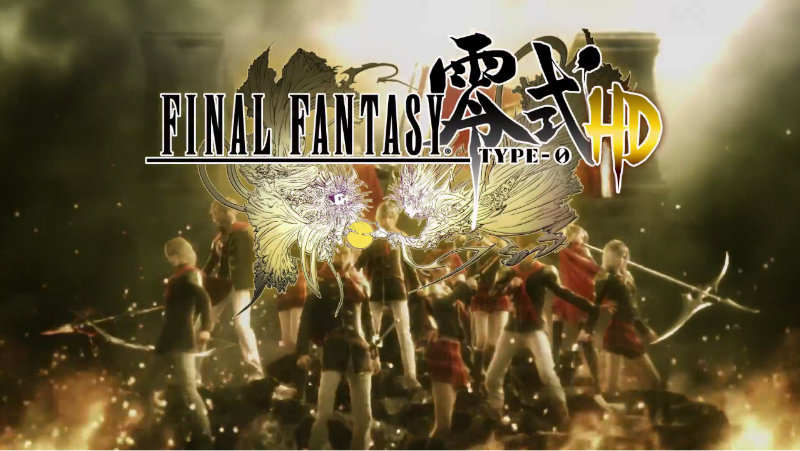 Final Fantasy Type-0 HD is the first Final Fantasy title to get an M for Mature rating. Now, the ESRB has released the rating details to explain how this happened, and I understand why this isn’t T for Teen.

The content descriptors are: Blood, Drug Reference, Suggestive Themes and Violence. But it seems to go a lot further than that.

This is an action game in which players assume the role of students fighting to protect their nation from invaders. Players traverse fantasy environments and battle enemy soldiers and other creatures in melee-style combat. Players use swords, bows, firearms, and magic spells to kill various enemies (e.g., robots, blobs, mechanical beasts). Battles are accompanied by realistic gunfire, screams of pain, and large blood-splatter effects; some sequences depict blood stains on players’ screen and corpses lying in pools of blood. Cutscenes depict additional acts of violence: a man stabbing himself with a sword; a girl shot by a sniper; a character shot close-up. During the course of the game, some female characters are depicted in outfits that expose large amounts of cleavage and jiggling breasts. In one sequence, players can use a spy camera to zoom in on a female character wearing a bikini. The game includes event scenes in which a character sedates/drugs players’ character and performs unknown acts on them; it is implied that some of these acts may be of a sexual nature.

I knew the game was going to depict the gritty reality of war and as a Japanese game I assumed that there would be jiggling breasts, but I didn’t know it would also include implied rape. That certainly changes things for the game – it’s just not appropriate for a younger audience. I’m really curious to play the game. I’ve been hoping for a darker, more mature Final Fantasy game and this seems to be exactly such a title. Now to see if I should have been more careful what I wish for.