Home Gaming Will Sunset Overdrive be fun… or just stupid? 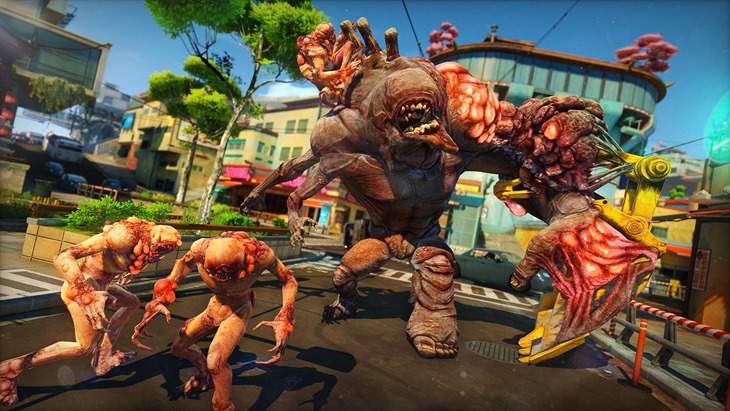 Microsoft has been pushing Sunset Overdrive heavily for quite a while now but they are struggling to get the buy-in from consumers and media alike. Pretty much every media person I speak to is not excited about Sunset Overdrive.

It seems over the top, far too stupid and just in general they seem to be missing the entire point of mature gaming. We’re not all immature idiots who will be entertained by shooting teddy bears and energy drinks turning people into zombies. Then yesterday I saw this live action trailer which definitely hits my type of humour

But there is a difference between making a fun trailer and the game actually being fun. Unfortunately since we’re stuck on the bottom of Africa we find it rare that we get the chance to try out these games before they are released, outside of conventions. However Microsoft recently held an event in London that the team from videogamer.com went to and just watching their video this morning has given me some hope that the game will actually be good.

Dave Scammel had the same opinion as me on Sunset Overdrive and arrived at the event with no real desire to play the game but thought he would give it a go and in the end he absolutely loved it. Now one person’s opinion isn’t enough to sway me just yet but I can say it has relit a little glimmer of hope that Insomniac have got this one right and with the game releasing next month at least we don’t need to wait to long to find out.

Unfortunately for Microsoft, and Insomniac, I think it’s too late to change the public perception of the game for it to become a console mover. But you never know, it may actually be that good after all. Even if it is only running at 900p and 30 frames per second.