Home Gaming Win a 3D printed custom Assassin of your own! 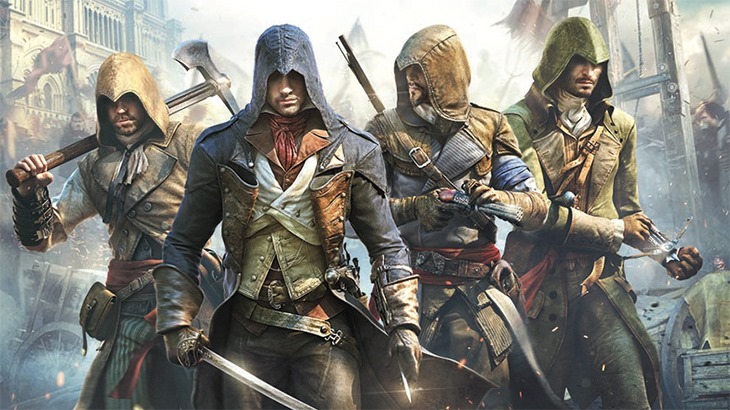 All you have to do is head on over to the assassin customization platform on www.acunity-unite.com and start customizing your own Arno. Once you have him created, share him using your social media platform of choice, and then lovingly, lovingly paste the entry code in to the comments on our original competition post.

Two winners will be selected initially, whose creations will each be featured in an Assassin’s Creed Unity TV trailer. They’ll then be put in to a hat with two entries from elsewhere, and the ultimate winner will get his or her very male, incredibly difficult to animate custom figure 3D printed and delivered. It’s a pretty neat prize, if we do say so ourselves.

As an update, my own  creation Captain l’idiot pantalon gris has since acquired 4 whole votes, making him one of the least recognised custom Arno’s in all of France.

Assassin’s Creed Unity is coming to PC and new gen platforms, eschewing those rubbish old consoles. It features the third playable character who is completely unrelated to Desmond “chimpface” Miles, and is a new narrative start for the series. It looks pretty good; let’s hope it holds up to Assassin’s Creed IV, which was rather damned good.