Somehow, Blizzard did the impossible and made Diablo III actually fun. They’ve made loot more prevalent and worthwhile, excised that blasted Real Money Auction House, rejigs the boss fights and changes class skills, making the game faster and more rewarding. And the game’s expansion, Reaper of Souls makes it even better. And that, dear lovelies, is why we’re going to give a Collector’s Edition of the expansion to one of you. 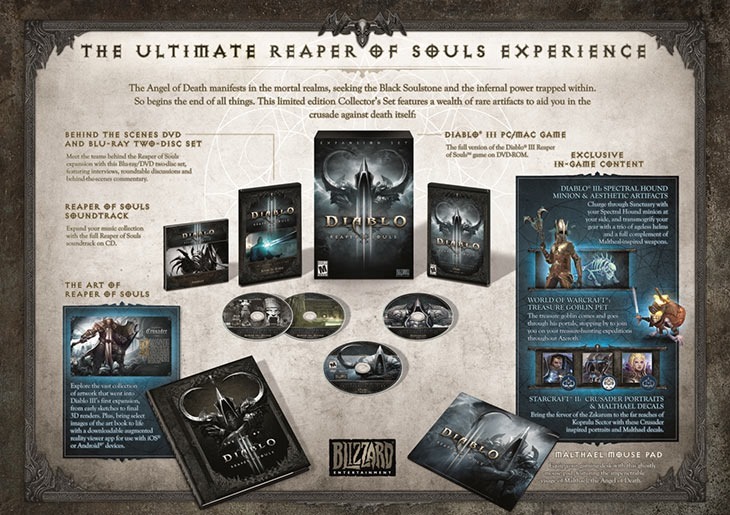 Here’s what’s inside the box:

Want that? It’s quite simple. All you have to do is comment here, telling us what bit of loot you’d love to see in the game. You have to give us the name of your legendary gear, along with its attributes.

I don’t know why anybody would want this loot – but you get the idea. Have fun, be creative. Try not to be too mean. You’re allowed multiple entries, with one comment per entry. Competition closes next week Wednesday 2 April, after which we’ll randomly draw from entries that meet the criteria. Please use a registered disqus ID to comment, or we’ll not be able to find you.

Oh yes. Terms and conditions. The competition is only open to those who reside within South Africa. Competition winner will be announced on Lazygamer.net and emailed. Prize may take some time after that to reach the winner.

Devolver Digital’s annual presentation has been a glorious piss-take of the industry, fron…