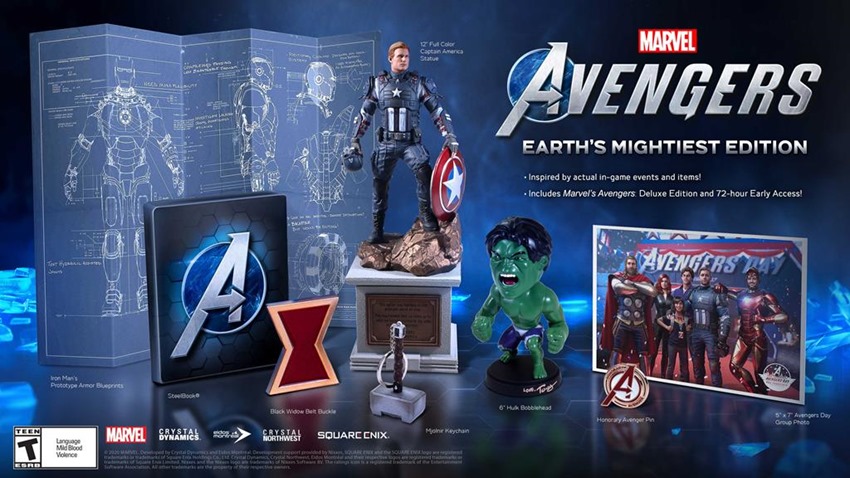 I may not have been bowled over by Marvel’s Avengers, but there’s still a lot to like about the game and I’m hopeful that in a year’s time it’ll be a slobber-knocker worthy enough to lift Thor’s hammer.There’s a lot of curiosity in the air about the Crystal Dynamics developed game, and of course some natural apprehension to invest in it due to the price tag of modern gaming.

Don’t worry fam, we’ve got you covered. Thanks to Square Enix and Prima Interactive, we’ve got a collector’s edition of the game on PS4 to give away to one lucky winner, while everyone else who enters will receive a lifetime supply of nothing! Here’s what’s inside the star-spangled box:

It goes without saying, that the Captain America statue also includes America’s ass. If you want to win this, here’s how you can get your gamma-powered hands on it with minimal effort. Fill in the form below, hit enter and there you go. Easy as that. The competition is open to anyone, provided that you have a valid South African residential address that I can ship this box to.

There’s also an optional box you can tick below, to receive information from Prima Interactive. You don’t need to click it, but our local distributor would be super chuffed if you did so that the good word on upcoming games can be delivered straight to your inbox. They’re a good bunch over there, helping to keep gaming going locally.

The lucky winner will be revealed next week. Good luck!