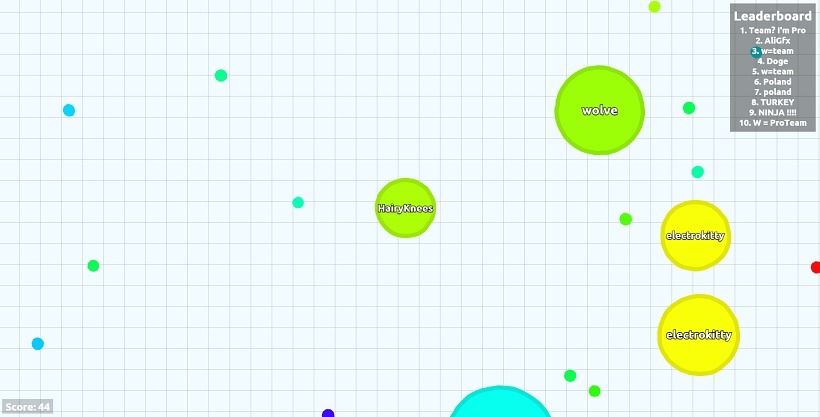 Hey, who turned off the sun? How is one meant to work in this miserable weather? Trick question – the answer is that one should simply not work, EVER! Forget about trivial things like earning a salary, paying rent, or eating – who needs it all anyway? Take a load off, and join us for a game or five of Agar.io!

24 hours ago, I knew absolutely nothing about Agar.io. A friend (thanks Luke) shared it on my Facebook wall yesterday afternoon. Then, at dinner last night, another (thanks Brad) told me about how addicted they were to it. Coincidence? I think not! I got home and tried it myself. I now feel compelled to share it with you so you can join me in my new-found addiction. 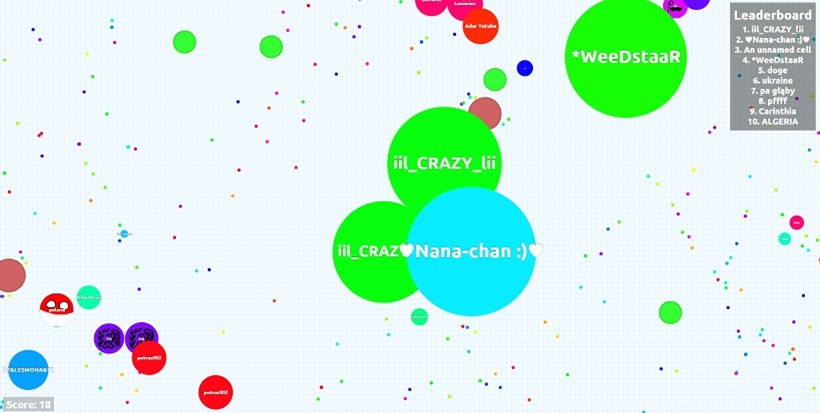 The premise is simple: you start out as nothing more than a teeny tiny dot (for ants!), and your job is to eat anything smaller than yourself. Doing so will make your dot grow larger, but also reduce overall move speed.

Simple enough, right? The twist is that you are not alone in that white dotty wasteland. There are other real players with the same goal! Agar.io is a game of eat or be eaten. One second you might be hunted down by a big bully, only to later grow larger and hunt them yourself. It’s a bit like Osmos, only on a grander, multiplayer scheme. 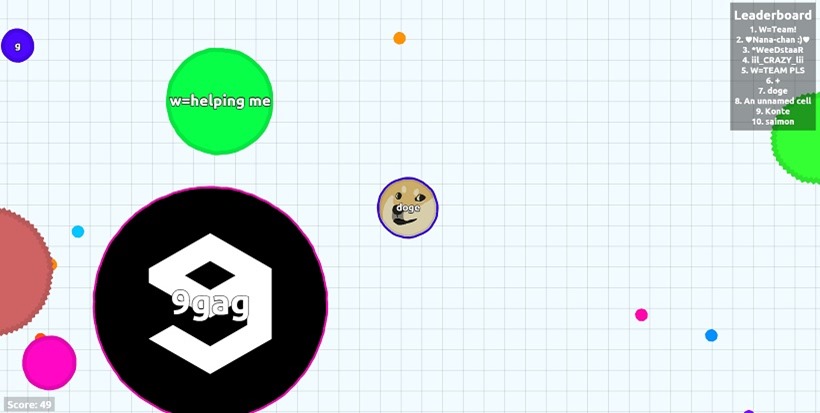 There are some tricks at your disposal too. Pushing W will shoot a much smaller part of yourself forward, lowering your overall size, and thus improving your move speed ever so slightly. This is handy for when you’re being chased down by a much larger foe.

Alternately, if you are that much larger foe looking to eat those smaller, faster morsels, you can push spacebar to shoot half of your mass forward in a blaze of speed. This is a high risk, high reward move. If you screw up, you’re left with two, much smaller pieces to control. Nail it though, and you will consume your enemy with ease, and can later join your halves back together. 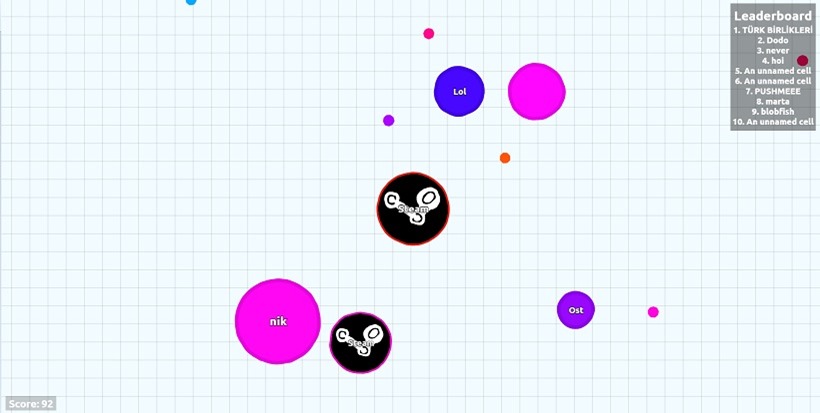 If none of this appeals to you, there is a spectator option which gives a nice overview of the map you happen to be on. I don’t even want to know how long some of those ginormous dots have been sitting on the server for!

Lastly, a nice little easter egg is that choosing certain nicknames will make your dot appear in a different way. Why, when I chose to play as Portugal, I got to move around as the national flag! Then I got eaten by a much larger Croatia (which is somehow bigger than earth)… dammit! 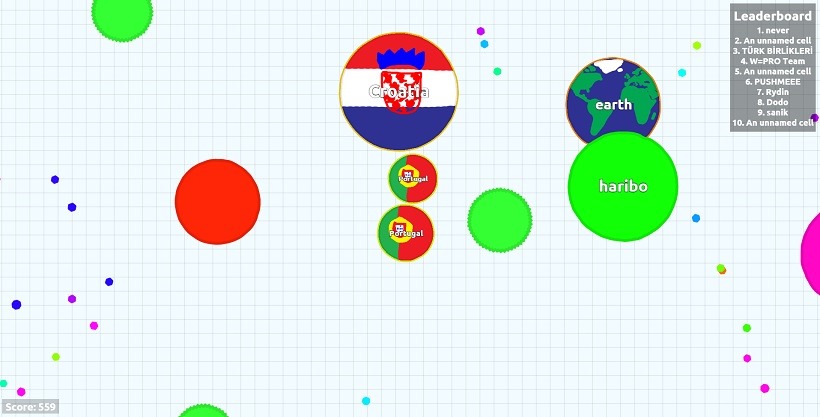 Oh, and did I mention that Agar.io is available on both Android and iOS? Yeah, goodbye productivity!