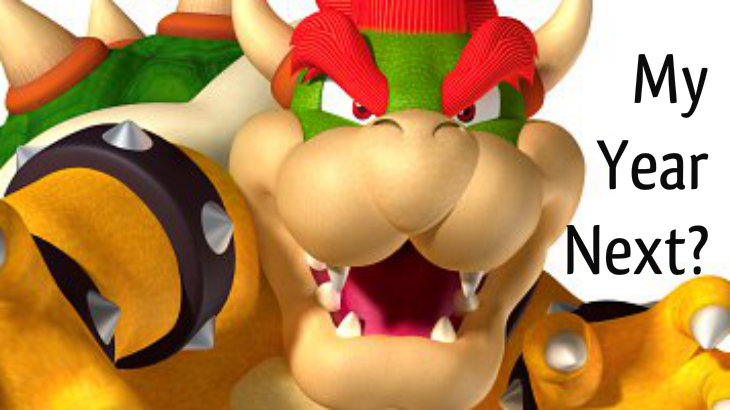 Nintendo spent so much energy focusing on Luigi last year, hoping that shifting attention away from the red brother would have a correlating affect on their bank accounts. Surprising almost no one, it did little to boost the sales of Nintendo games and particularly the Wii U. Now Luigi’s year is coming to an end – I wonder what the new year will bring.

I was always a fan of Luigi, I must say. He seemed way more interesting than Mario. But then, I also liked Toad and Bowser more than Princess Peach – it just irritated me that her hair and crown stayed perfect despite all the jumping she was doing. Anyway, Shigeru Miyamoto has announced the official end date as 18 March, saying:

Thanks to everyone’s kind support, we were able to release many Luigi games over the course of the year. I hope everyone continues to cheer for the green brother!

Alright, so if the Year of Luigi is over, who will be the star of this year? Can we please have a year of Bowser? All those movies and shows about villains being the good guys are radically successful these days, what if we got to see it all from Bowser’s perspective? I mean, we never see Mario and Princess Peach living happily together. What if she actually runs to Bowser to escape her boring or abusive relationship with the red brother? What if Bowser is her awesome friend who is willing to be beat up so that Mario can prove to her that he still wants her and will go to the ends of the world (or beyond) to rescue her? Besides, if King Koopa were so bad, why would Mario invite him go-karting?

See, there’s room for all kinds of awesomeness. Bring it Nintendo – bring on Year of Bowser. I’m totally ready!