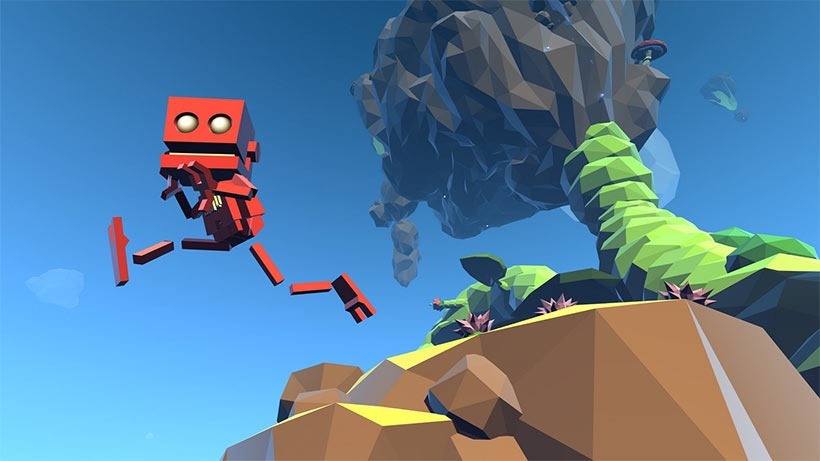 For a change, Sony’s revealed the list of the games coming to loyal PlayStation Plus subscribers as part of its Instant Game Collection early. What makes next this selection special though, is that the headlining game was chosen by you.

As you know, Sony let players vote for the game they’d most like to own as part of the promotion with the choices being Ubisoft’s indie-esque vertical platformer of sorts Grow Home, The RPG card-battling board Game Armello and some nonsense about Zombie Vikings.

I, personally, voted for Armello, for a number of reasons. The first would be Alessandro’s impressions of the game, which made it sound both interesting and fun, and the second is that it’s not the sort of game I’d usually pay for, so getting to play it free would have been a treat. Unfortunately, – or fortunately, I suppose, depending on your perspective – Armello was not the winning game.

Instead, it’ll be Ubisoft’s delightful Grow Home (a game I’d have bought anyway!) that won, securing 44% of the votes.

“Grow Home is the story of BUD, a Botanical Utility Droid sent on a mission across the galaxy to seek out a new species of flora to help oxygenate his home world. He finds the perfect specimen in the Star Plant. You’ll help the plant grow as you climb to the top. Along the way you’ll travel through a series of floating islands, crafting your own playground in the sky.”

The losing games will be available at a 30% discount for the first two weeks following their release, so I may end up buying Armello after all. But that’s not all! Joining Grow Home on PS4 is the quirky and delightful Super Time Force Ultra.

“Next on PS4 comes time-travelling, bullet-spraying, rocket-launching, explosion-filled platformer Super Time Force Ultra. Half the fun of STFU comes from controlling a cast of powerful, kooky and sometimes downright bizarre characters. The talented team at developer Capybara Games has already revealed that Shuhei Yoshida himself is playable but Shu didn’t come alone! In fact, he brought a few very close friends exclusively to PS4 and PS Vita. Make sure you check out this crazy cross buy extravaganza!”

On the PS4 and Vita, you’ll get XeoDrifter, a rather fun and charming Metroidvania game.

Xeodrifter from Renegade Kid, “a classic action-adventure game where you control an astronaut whose spaceship is damaged by an asteroid, and must visit four nearby planets in order to repair it.”

And lastly on PS4, you’ll also get Teslagrad – which has cross buy with the PS3.

“Next up, a 2D puzzle-platformer where electromagnetic powers are the key to discovering the secrets kept in the long abandoned Tesla Tower. You play as a young boy who finds himself embroiled in a conspiracy involving a despotic king who has ruled with an iron fist for years. Armed with ancient Teslamancer technology and your own ingenuity and creativity, your path lies through the decrepit Tesla Tower and beyond.”

PlayStation 3 owners get to partake in a bit of vehicular destruction in Twisted Metal.

“The demented ringmaster known only as Calypso has returned to host another macabre circus of turbo-charged destruction and you are invited to compete! Join an infamous cast of characters including Sweet Tooth, Doll Face and The Preacher, and get behind the wheel of some of the most violent vehicles imaginable. Follow the dark and twisted stories of the tournament contestants in the cinematic single player game or take the madness online and compete in a variety of multiplayer modes.”

Vita owners get another Metroidvania, in La-Mulana.

A combination of classic 2D platforming, Metroidvania-style adventuring and challenging action gameplay, La-Mulana EX takes you deep into ancient ruins on a quest to discover not just valuable treasure, but the secret to life itself! Fight monsters, uncover clues, collect weapons, spring traps and battle huge bosses. But watch out! No-one who’s entered the ruins before has come out alive… can you succeed where others have failed?

Each of these games will enter the service on the 1st of September. Are you happy with the selection? Are you happy Grow Home won, or did you vote for something else? Either way, I think it’s an excellent selection of games – and my dusty Vita, especially, is getting some love next month.