Home Gaming You won’t get to see Doom until 2015 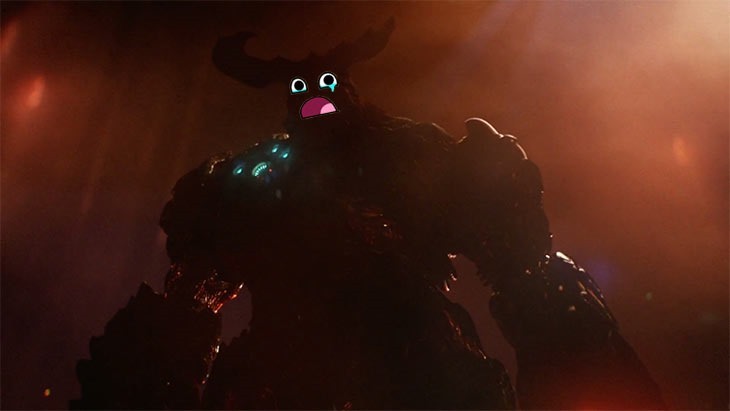 From everything we’ve heard about the newly rebooted Doom, it sounds like the glorious union of old-school sensibilities and new-generation technology. Doom sounds very much like it’s getting the same sort of attention to detail and love as the recent Wolfenstein: The New Order – and for fans, that’s exciting stuff. Pity you probably won’t get to even see it until next year.

Those who got to see the game’s first demo at Quakecon were rather impressed- but it’s all early footage that Bethesda has no intentions of showing to the world any time soon. Speaking to PC Gamer, Bethesda’s Pete Hines said we won’t be seeing it for a while.

“They’re like, ‘Look, we don’t want a stream to go up for a game that isn’t at the point where we would formally show it to the world, and now that thing is getting picked apart, and digested, and gone through frame-by-frame and getting nitpicked to death, when normally we wouldn’t be showing this to anybody at all,’” he explained, saying he didn’t want to “deal with the repercussions” of that.

“I don’t think there’s any way that happens,” Hines said.

So why did they show it? Mostly, to give Quakecon attendees something to brag about, and also to show that the new Doom – which has been in development hell for years – is still worthy of a look.

“I really wanted to put something out there that, in a strong way, said, ‘id is working on something that we think is really cool,’” said Hines. “And we wanted to show something to [id Software fans] that gives them the confidence that it is still a viable studio that’s doing really cool stuff, that is making a game you want to play, and is treating Doom with the care and respect that you want.

I was rather hoping to go hands on with the thing at Gamescom this year, but I guess not. Instead, they’ll start showing it off next year.