Home Gaming You’ll never be this good at Call of Duty: Advanced Warfare 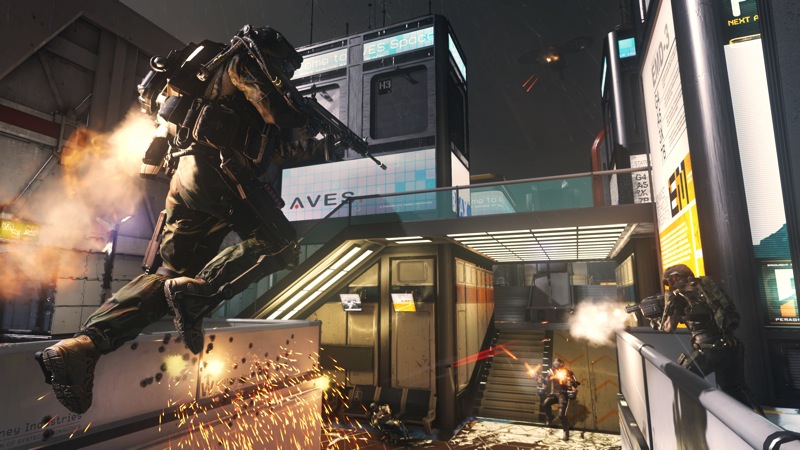 Or at least, I never will be. If you’ve been seeking shelter under a rock in the middle of nowhere for a while now, you may have missed some of the massive changes Advanced Warfare is making to Call of Duty’s multiplayer. That’s fine though, because this single video has your covered.

Advanced Warfare is shifting the playing field this year. Verticality is the next big thing in first-person shooters, and so the Exo Skeleton introduces that into the multiplayer mix. Maps are all about getting high and firing down, which you can clearly see in the neat little walkthrough below.

Sledgehammer Games Head Michael Condrey and Lead Multiplayer Designer Greg Reisdorf also offer up some hand advice on some of the new gadgets you’ll have access to. Grenades that mark enemies through walls and beautifully choreographed missile strikes only scratch the surface of Advanced Warfare’s futuristic arsenal. Hell Sledgehammer even threw in laser weapons. Lasers!

You also get a good look at some of the maps that Advanced Warfare will ship with, some of which offer some nice dynamic events that shake things up mid-match. Changing the landscape of a map has never been as important as it is now in Call of Duty, and I’m interested to see how having to change vertical routes will affect the flow of the game.

That’s something I had a big problem with when I went hands-on with the multiplayer a few days ago. It’s different, but Advanced Warfare’s movement doesn’t feel streamlined enough to keep the pace up. It could just be a case of having to adapt to a new movement system, but other similar games definitely felt more welcoming.

Are Sledgehammer’s touches enough to get you excited about Call of Duty again? Or is it just the same animal with different stripes? We’ll all know soon, with Call of Duty: Advanced Warfare launching early next month.