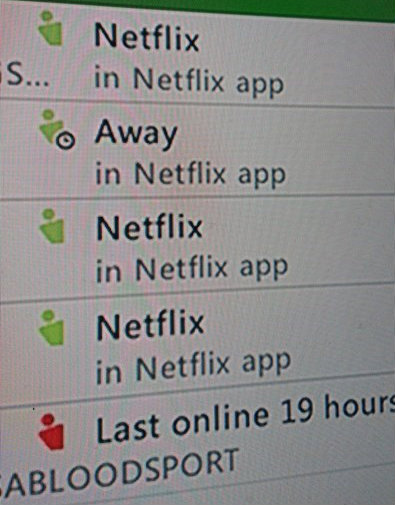 As much as we laugh at Xbox for their TV-centric launch and continuing recognition in the field, the reality is that many of us use our consoles for more than gaming. Over the holidays, I often giggled at my feed of what friends were up to – plenty of people were watching Netflix and Hulu. And that activity is safe to continue.

There was quite a brouhaha about Netflix at the beginning of the year. CNET published an article saying that VPN access to Netflix was going down and a sign of the streaming apocalypse for countries like China and South Africa. Netflix completely denied any change of policy. The latest news out of CES from Netflix’s chief product officer Neil Hunt is that the status quo has been maintained but there are some changes to time out times for Google’s DNS that might be causing some issues. Of course, Netflix can’t openly court international viewers, but they have strong reasons not to curtail viewership. According to GlobalWebIndex research, Netflix is getting a lot of viewers outside of designated areas.

More than 30 million Netflix users live in countries where the service is unavailable without the use of location-masking software, giving the company a hefty financial incentive not to crack down on members who use the technological loophole to watch content not authorised for their country.

Thanks to the Sony email hack, we also know that the company isn’t too pleased with Netflix’s policy towards those who access the service international. He specifically cited Australia and South Africa as countries with high penetration without legal Netflix services. According to the research, 5% of internet users in SA and Oz used Netflix in the last month.

The reality is that people want access to better entertainment content. Many gamers are already used to working around local restrictions; I know plenty of you have US Xbox or PlayStation accounts, as well as iTunes accounts. Most of us have Netflix installed on our consoles – I still believe the PS3 is the best media center that you can get. As Gavin often says, even though it’s not a service that’s offered locally, at least he’s paying for the entertainment he consumes instead of just being a pirate; legally unsound as that sentiment may be.

Considering these stats, our console TV viewing should be safe for a long while. As long as you’re not using Netflix on Android devices, that is. The financial reason for Netflix to turn a blind eye to our access is just too high for local and foreign distributors to counteract. Of course, I do have to wonder if games have become that boring that we’re using our consoles for TV rather than for games as intended.