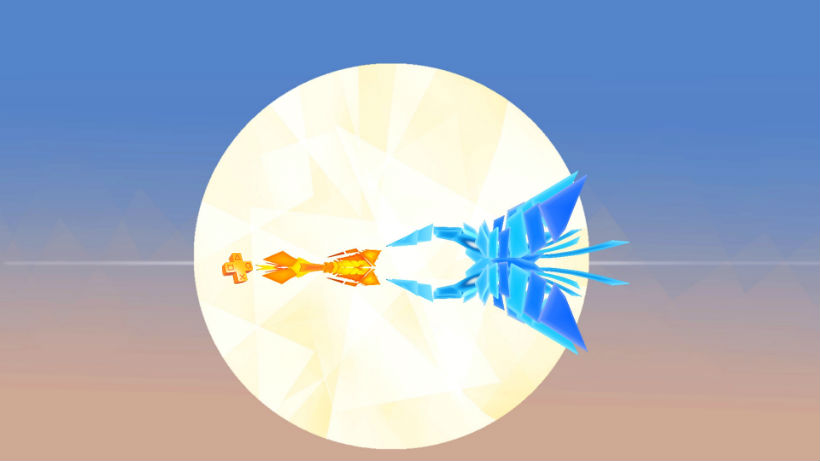 At last, PlayStation has announced what free games we’re grabbing with our PlayStation Plus subscriptions. They aren’t the AAA titles that you were probably hoping for, but there are still a few reasons to be excited.

For those of you on the latest and greatest PlayStation console, you can pick up four games this month. Imagine that, PS4 with four games, it must be a sign of something. One of these titles looks guaranteed to be my new time sink.

Rocket League doesn’t really grab me just yet, but it could be incredible – an arena-based futuristic vehicle sports game all about driving and stunts? That could be rather entertaining. Plus, it’s making its debut on the PS Store in the PS+ lineup – still, it just looks like driving soccer to me. Geoff, however, says it’s amazing.

But it’s the zen-like Entwined that has me excited. Announced last year at E3 when it became available, it’s a test of your twin stick reflexes and hand-eye coordination. Plus, the music was gorgeous and I sort of fell in love with it when I had a short bit of hands-on time with it. I just need to be prepared to lose a lot, and restart just as often.

Styx: Master of Shadows appears to be a decent stealth game, although nothing incredible. Still, for fans of stealth who are waiting for the next great title, this could be something to hold you over. And then there’s the crazy puzzle platforming action game that is Mousecraft. Helping a group of mice on their quest for cheese by dropping Tetrominos sounds like it could be strangely fun and addictive.

If you’re still gaming on the PS3, don’t worry – you will also be able to get in on a lot of fun. With one PS3 only game and the power of crossbuy on another, you’ll be grabbing a couple new titles for your aging library.

Rain could be interesting – I like the concept of it but I’m just not sure that I will be going back to play this title. The last title in the list, though, makes me feel rather sad not to have a PS Vita.

Geoff raved to me for ages about how incredible Geometry Wars 3: Dimensions was. It was a must-own twin-stick for him, and I have contemplated picking it up since its PS4 launch on numerous occasions. But now those who own the PlayStation handheld can grab it for free. Just rub it in my face, why don’t you?

So no, these aren’t going to impress most people, nor will the fact that Driveclub’s PS+ version is also available now. But I’m grabbing a few of these titles – they are exactly what I need for when I turn on my PS4 and don’t exactly know which game I want to play.