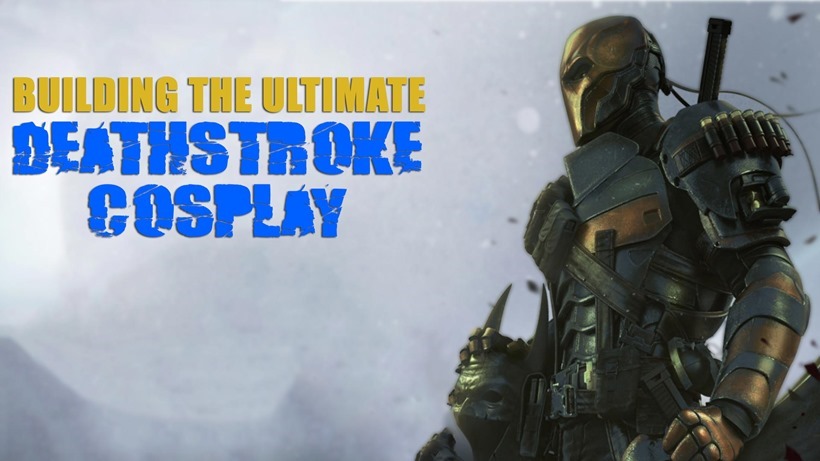 I know you lot have been asking for this. But you also kind of ignore my personal YouTube channel, which usually leads to me adopting a foetal position and crying myself to sleep. Amidst the tears however, I remembered that I do happen to produce video content for the official Lazygamer YouTube account  (SUBSCRIBE NOW KIDS!), so I’m reposting some content there.

Specifically, my Deathstroke build! If you can’t watch the video above, have no fear! I’m going to talk about the process right here. Now first off, Deathstroke is an awesome character. He’s one of the few guys around who has managed to kick Batman’s ass, thus earning him major bragging rights.

And while he may be seen primarily as an Arrow villain, to me he’ll always work best as a Batman nemesis. There’s been a ton of Deathstrokes over the years. The original chainmail-wearin’ version from the Teen Titan comics. The sadistic and cruel version from the animated series starring the Titans, who went by the handle of Slade.

But I think Batman Arkham Origins nailed the look for the world’s deadliest assassin, perfectly. Imposing, bulky but unbelievably quick and agile. All that, and with one eye to boot. And for a change, I wanted to be a Batman villain this year. So I got my hands on some of those sweet cosplay pieces, which were designed by my cosplay mate the Arkham Knight, or Crimson Coscrafts for short.

From there, the files were 3D printed, finished and put through the moulding process by the talented Tundra Designs, before I got my hands on them. And that’s a  ton of parts to work from. Here’s the list of what has to be assembled:

It’s been a mission to get everything strapped up. But a ton of fun so far. I’ll make more videos as I go along. But I hope you dig the first one!