Home Lifestyle A Lazy Person’s Guide to Running a Marathon 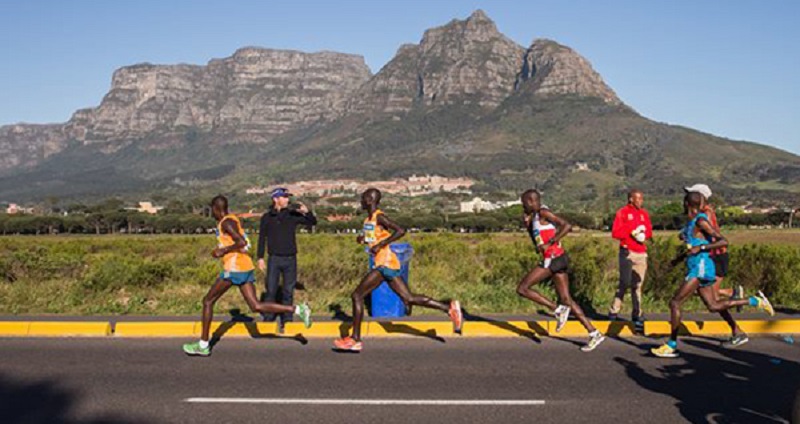 So, you put in the training and you’re finally ready to run a marathon. You’re either high on fitness or crazy. Whatever mental disorder has led you to this point though now that you’ve put in the training and entered the race, there is no turning back now and you need to make it happen. Hopefully, some of the below advice will help make this race a little easier for you and help you to strategize and make the most of what will probably feel like one of the greatest accomplishments of your life when you finish it.

There is nothing quite like the experience of running your first marathon. Unlike shorter distances like 10 and 21km races, a marathon will definitely break you. However, if you plan it right, you will still be able to enjoy most of it while also leaving enough to push through on the hard parts.

A lot of people try to cram extra training in for the last two weeks before a marathon because they’re concern that they’ve done enough and want to do more. The truth is that you can’t improve fitness in such a short space of time and your body is better going into the race well rested than stressed. So, make sure that you have tapered down and done as little as possible during the week leading up to your marathon. It’s the perfect time to pick your feet up and make headway on that Netflix and gaming backlog and overall just a decent excuse to do nothing around the house. You might feel bad because you’re used to training, but your body will thank you during the race. 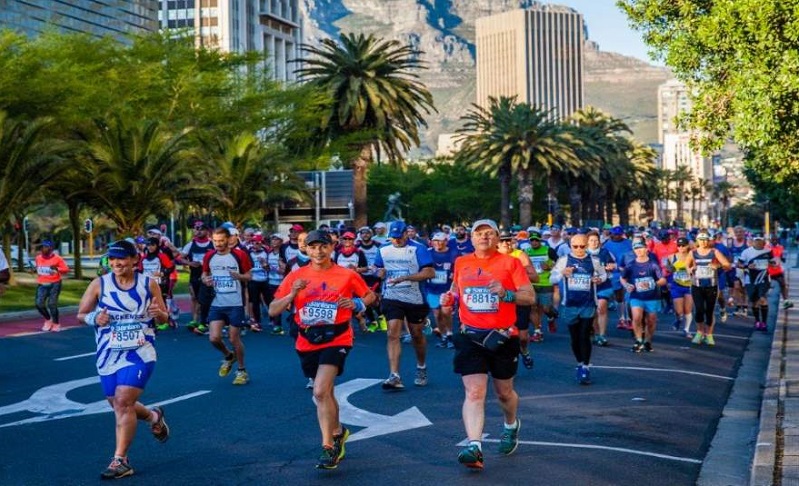 Hydrate and eat before you run

Some people don’t like to run on a full stomach, but when it comes to a marathon, you have no choice. If you don’t eat enough, you are going to run out of energy – unless you plan to eat a bit during the race, which means you will probably need to carry food with you. My advice is to normally eat enough to keep you going for several hours which means a couple of slices of toast with peanut butter and a banana with some food and snacks which I then carry with me. You might be used to different foods, but as long as you’re not starting with nothing in the stomach, you should be fine. Same goes for hydration. While there is water at regular intervals, its best to start already hydrated so you don’t need to get delayed at those early water points.

Go to the toilet before the run

This is tough to time, but advice I cannot recommend enough. Moving up and down for several hour works on your stomach and if you can go to the toilet before a run to, “lighten the load” it will certainly help.

Start very slow and don’t be afraid to walk

It’s easy to get caught in the hype of a start as people start running, but when you run a marathon, you need to pace yourself with the end in mind. Bruce Fordyce used to say that a minute too fast at the start of the comrades is worth three minutes at the end and while a normal marathon is perhaps not that extreme, the principle still matters. A good idea is to take your normal 21km pace and run at least 30 seconds to a minute slower per kilometre. It’s frustrating, to begin with going so slow, but very important as keeping your energy reserves will help you finish stronger and probably give you added motivation when you pass a lot of people who didn’t take this advice at the end. What can help with the pacing is walking on occasion so that you can still run in a way that you feel comfortable with, but then have the walks keep you from pushing too much. 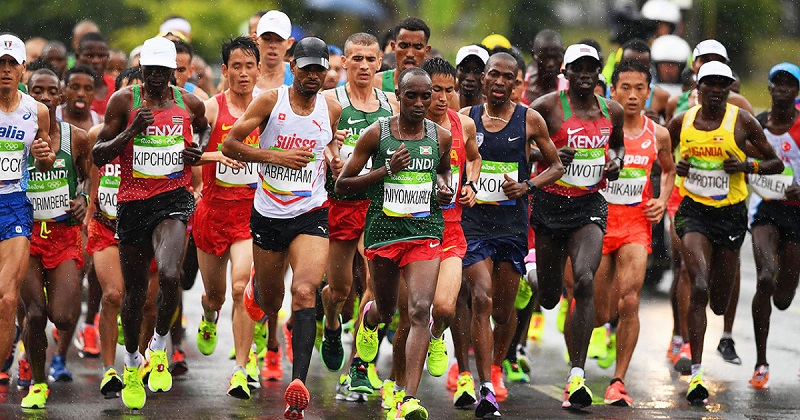 A bus is a pacesetter who is there to help people achieve a certain time in the race. While many “bus-drivers” are good, they don’t necessarily run at your pace and this could be detrimental. I’ve seen many of these drivers start quickly to give the people with them time to walk at the end, but all that does is perpetuate bad running habits. Rather stick with a pace that you’ve already set out based on the previous pace and stick to that.

On the side of the road there will inevitably be people handing out foodstuffs, gels and energy drinks. While this is all helpful to you and should be taken especially when you need it, don’t try anything new on the day. So even if that gel looks inviting because you’re tired, rather refrain because when your body is under strain it tends to reject new things and that means puking on the side of the road. Just avoid and stick with what you know. 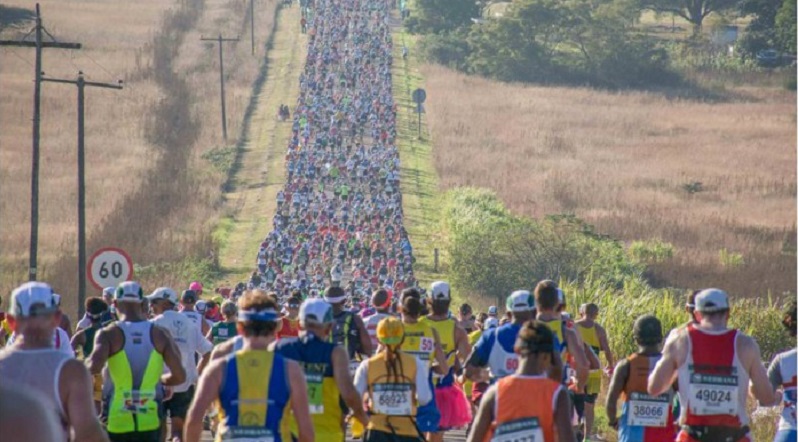 Hydrate and snack before you have to

While you don’t want to drink and eat too much in a race, you also don’t want to leave it too late. Once you are dehydrated, it unlikely you will hydrate yourself quickly enough and once you run out of energy, it will take a while for any new food source to make a difference for your body. When it comes to water, I recommend a sachet (only one) every 3km’s and if it’s a hot day, possibly another over the head. With food, a small snack like a banana or some nuts is useful every hour past the two-hour mark. Personally, I take rehydrate which I drink at the half-way mark to replenish any nutrients I may have lost and then snack on nuts, and biltong if needed. However as already mentioned, don’t try anything new on the day.

Walk, rather than stop when greeting friends and family

I made this mistake in my first Comrades when I stopped to greet family 12kms from the end and ended up with severe cramping that made my race that much more difficult. Your body gets into a rhythm and sudden changes can cause cramping, especially towards the end of the race. If you want to greet your family and fans, rather slow down and walk and get them to walk with you for a bit. 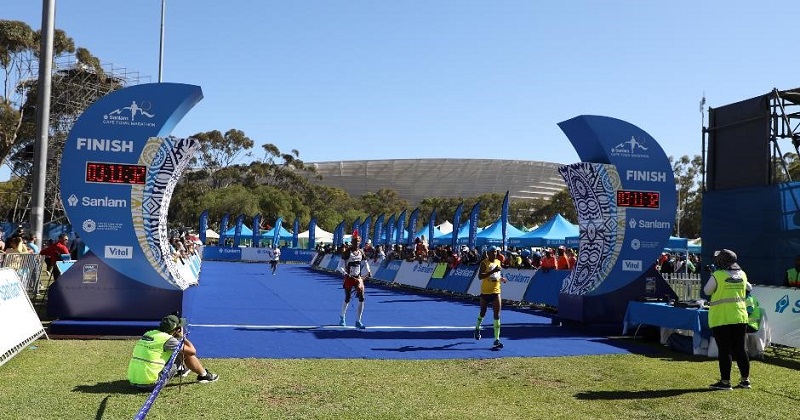 Have fun and take in the atmosphere

I say this almost every time I speak about running, but that’s because enjoyment I part of the process. When you feel down and demotivated, you are going to struggle when the going gets tough. Having fun, saying high to people you know and waving at the crowds, even if you’re introverted, help to keep you upbeat and when things get tough at the end, you will have the mental reserves to dig deep. It’ll also give you a better experience of your race day overall.

Running a marathon is an experience and one that I certainly recommend once you are ready for it. However, it’s one where things can easily go wrong if you don’t prepare for it. So, have a solid plan of what you intend to do, a pace that you know is within your means and focus on sticking to it even when your emotions tell you otherwise. Remember no matter your time, your first marathon will always be your PB, so there is no point for delusions of grandeur. Just enjoy the experience. Oh, and congratulations – you’ve graduated from the ranks of lazy person to marathon runner.

Now that we are in lockdown, its hard to keep fit and earn Vitality reward points. Discove…