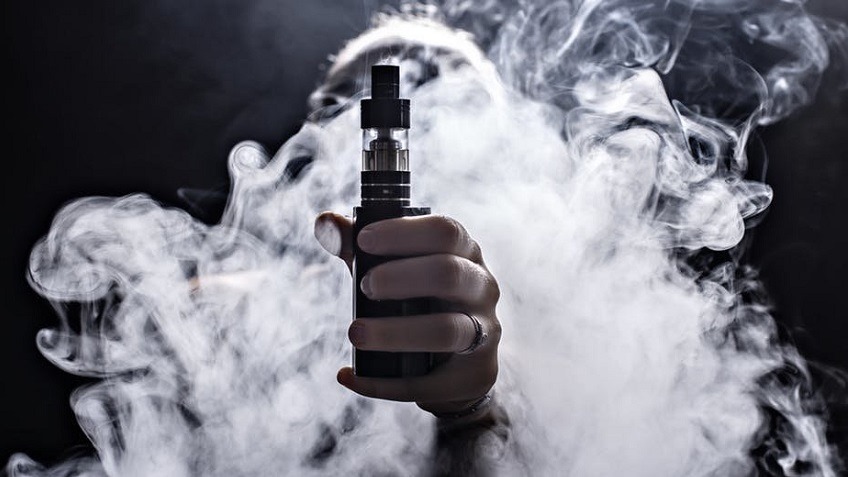 Vaping is helping a large number of smokers cut out the tobacco and maintain their nicotine addiction, with the promise that the new method of smoking so less harmful than those cigarettes. It’s a tricky claim, given that research on vaping is in its infancy, with studies on long-term effects still playing out. But in that time, researchers are finding some strange results – especially when it comes to chemicals that certain flavours are producing. Chemicals which are possibly just as harmful as the habit you’re trying to kick.

Researchers have been conducting tests on who certain flavours react with the most common ingredient in vape juices; the solvent known as propylene glycol. An investigation led by Sven-Eric Jordt, a professor of anesthesiology, pharmacology, and cancer biology at Duke University, has discovered new chemicals being produced during the mixing process, which aren’t labelled on the  bottles in circulation. These new chemicals mimic certain effects on receptors in the lungs, causing the same irritations that cigarettes do. And potentially harming them in the same way.

Curiously, Jordt notes that most vapers aren’t exhibiting claims of lung irritations that the chemicals should be inducing though. That has led him and his team to further test what long-term effects might be caused by the mixtures, specifically when it comes to flavours containing cinnamon, vanilla and cherry. Jordt warns that initial testing suggests that these mixtures could produce the same irritation in lungs over a long time, and still lead to asthmatic effects in later life. There’s still more research to be done, but this shows just how unknown everything about vaping really is.

What Jordt is advocating for though is more transparency. Vapers currently have very little information about what they’re inhaling, perhaps because the makers of liquids aren’t investigating for themselves what sorts of reactions the mixtures are producing. As anyone who vapes likely knows already, it’s not entirely without any risks. But just how far-reaching those risks may be is still being theorized, and we might not know for sure for some time.