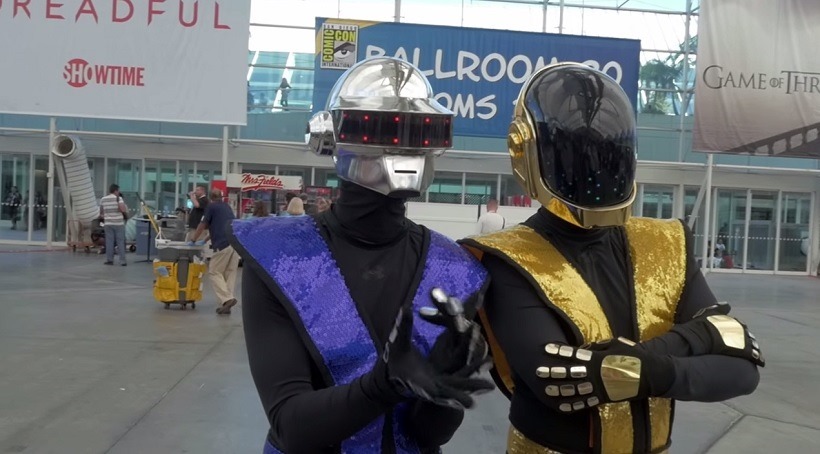 The year may be winding down as we hurtle headlong through the months, but it’s this time of the year where you’ll see the best cosplay. San Diego Comic Con, the London Comic Con, Dragon Con, Con Air and rAge all take place around the latter half of the year, but it’s SDCC which usually pulls in a few costume heavyweights.

And when you’ve got around 25% of your audience all suited up and ready to strike a pose, it’s hard to deny the sheer quality and dedication that’s on show. Costumes which need to be preserved for all eternity, on video. Specifically, this video from my favourite cosplay channel on YouTube, Sneaky Zebra:

I’m getting tantalisingly close to finishing up my own annual cosplay project for the year, Deathstroke from Arkham Origins. As usual, I’ll be hitting rAge, all suited up and ready to rock and/or roll.

And this year, it’s going to be the comfiest costume ever! I’ve even got a prop sword, that’ll be used to stab anyone who uses flash photography! Seriously, I’m only going to have one eye in this costume. And Geoff has already told me that he’ll make it more authentic by stabbing me in the peeper with an arrow.

I haven’t forgotten about our other events on the local calendar either. Expect some ICON love, soon enough.