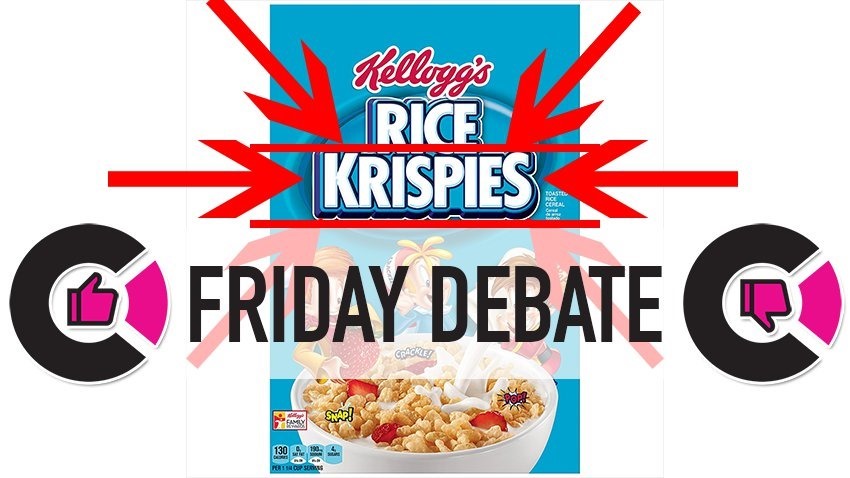 Look, I don’t eat a lot of cereal. It’s mostly because I don’t really enjoy the stuff, and also because I’m not six years old. I am of course kidding, and as adults you’re allowed to eat whatever you like and whatever makes you happy, full or both.

A week or two back though, Darryn started a twitter conversation that spilled over into all of the other social channels I’m in. It also eroded what little respect I had for him – and for much of humanity in general. I discovered on that day, that many people eat their cereal with hot milk. Warmed up bovine lactation, that completely and udderly destroys the point of most cereal by turning it into a warm, squidgy mess of pulped corn and once-toasted rice.

If you wanted to eat porridge, then why not eat porridge instead of defiling cereal? The box says “Rice Krispies” on it, for god’s sake – not “Rice Soggies.” They’re supposed to go “Snap!” “Crackle!” and “Pop!” not turn to mush in a bowl of steaming milk, managing little more than a sad “bluuuuurghhh.”

Fess up! Which of you are the barbarians eating cereal with hot milk? Tell us why – and also let us know when you’re seeking medical advice for what’s obviously a disorder of some sort. The more rational among you, let us know that you eat your cereal with cold milk, the way [insert deity here] intended.

It's not just advertising or a video game. It's an advergame! …