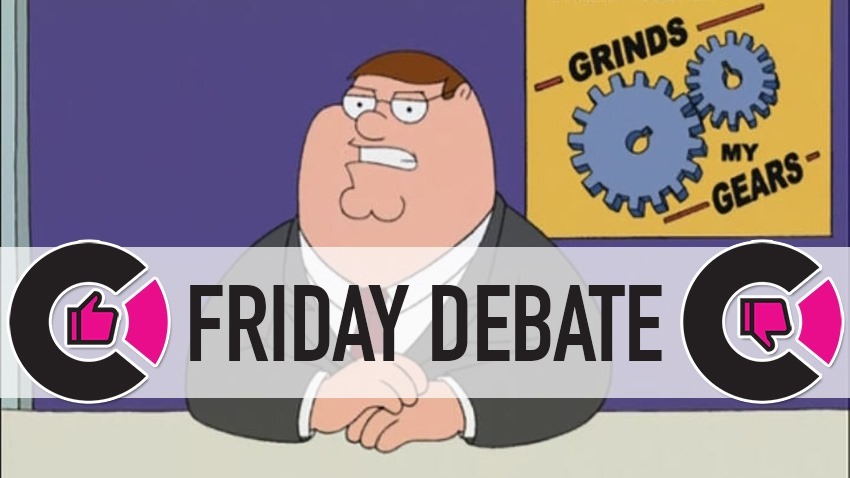 Human beings are calm, rational creatures who’re able to go through life without small things getting in the way of their calm demeanours. That’s not at all true, because we tend to become annoyed, incensed and angered by the silliest, most pointless things. For some reason or other, there’s some completely trivial thing that just happens to light the fuse that makes us want to go around kicking puppies.

Things that irk us?

People at takeaway counters or concession stands who only decide what they want when they get to the front. You’ve been standing in the queue, with all off this time to make up your mind, and you’re only thinking about it now? Screw you, Deborah, I’m hungry and I want my shit now.

Or people who hold their phones out in front of their faces to talk on it like it’s a walkie-talkie, then put it back to their ears to listen, and then in front of them again to talk. What the hell? Come on. While we’re on the subject, voice notes are a scourge and should be banished from the internet. Sure, they’re fine to send when you’re driving, but when you could easily send a message and send a voice note instead, you’re an asshole. If you wanted to talk, then goddamnit, just phone.

Similarly, two-hour long meetings or events that could just as easily have been an email or press release? I hate you.

People who inch forwards at traffic lights while they’re red, then fail to actually pull off fast enough when the light goes green. What are you doing? You didn’t go faster, you didn’t cross the intersection faster than anyone else. Stop it. Also, people behind you who hoot the second the light changes. Go away.

The list likely goes on for nearly ever. But you tell us – what completely pointless and inane things annoy the hell out of you?

Days Gone has sharp dynamic environments, but its human danger is dull

An open-world The Last Of Us might just be the most apt description for Days Gone. I just …