When it comes to depicting real war, mainstream games tend to focus on one thing: the warfare itself. Gameplay typically centres on the exhilaration of sprinting, dodging and gunning your way across the battlefield. In this treatment, there’s seldom room for deep moral decisions (although there can be for cyborgs and rocket packs).

A smaller percentage of games have forced players to confront the horrors of war. For example, Velvet Assassin, a WWII stealth title inspired by the exploits of spy Violette Szabo, was pure dark cynicism and pulled no punches. Civilians are burnt alive in churches and at one point you tunnel under rubble in the Warsaw Ghetto to find the contorted bodies of children on the other side. You’re encouraged to feel good about slitting throats and knifing Nazis in the crotch. Again, hardly a nuanced look at wartime. 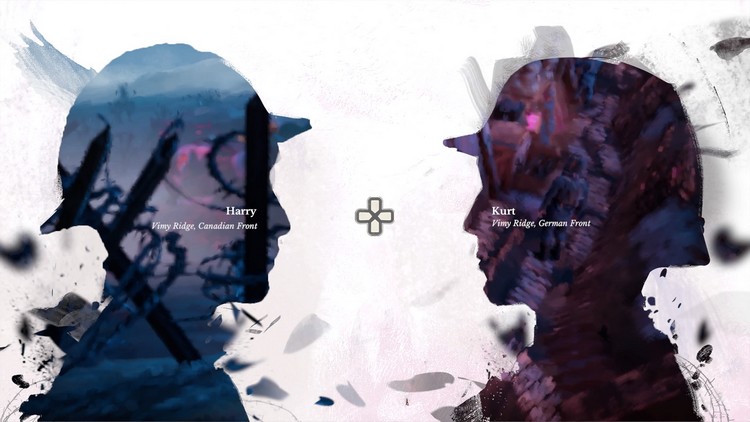 But that’s where 11-11: Memories Retold sweeps in to fill the gap. Although, “sweeping in” isn’t the best way to put it. The product of a collaboration between French studio Digixart and Aardman (yes, the Wallace and Gromit guys), narrative adventure 11-11 is an understated and character-driven exploration of World War I’s Western Front from both sides of the conflict. Plus, you get to play as a cat for parts of it, so, you know, instant Game of the Year.

11-11: Memories Retold looks at the last two years of the Great War from the alternating perspectives of Harry (voiced by Elijah Wood) and Kurt (Sebastian Koch). Harry is a young Canadian photographer who enlists largely to impress his childhood sweetheart, while the much older Kurt leaves his job at a zeppelin factory and signs up with the German military to find out what happened to his missing infantryman son. Through the course of the game, the lives of these two very different men, officially enemies, intertwine until events come to a head in the literal closing minutes of the War (11am on 11 November 1918). 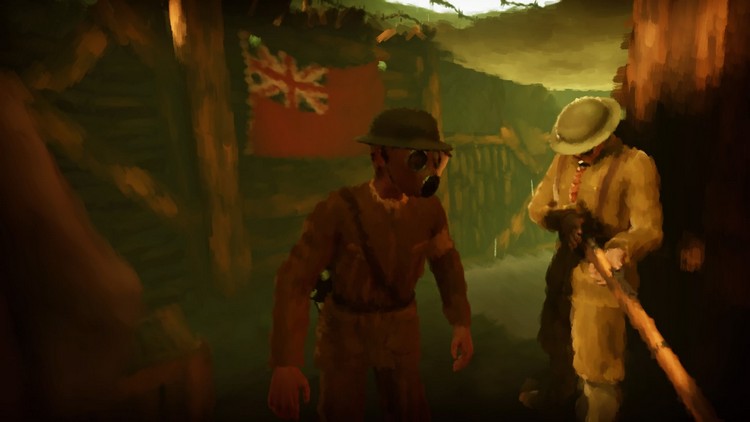 From a gameplay perspective, 11-11: Memories Retold keeps things simple. While you navigate some of the most bloody and notorious battlefields of WWI, like Passchendaele, the game is combat free. In these locations you may be helping soldiers, reconnecting communication lines, taking photos or just trying to survive as you sprint between cover. Mostly, though, you’ll be walking around, interacting with other characters and objects as Harry and Kurt’s wartime experience unfolds.

The most complex and interesting parts of the game require you to continually switch between its protagonists to solve traversal puzzles. Also rewarding is Harry’s capability to take up to 16 photos a day for the newspapers back home. Then there are the short, delightful patches where you play as a cat and pigeon that befriend our heroes in the trenches, and influence the story in their own unexpected ways. 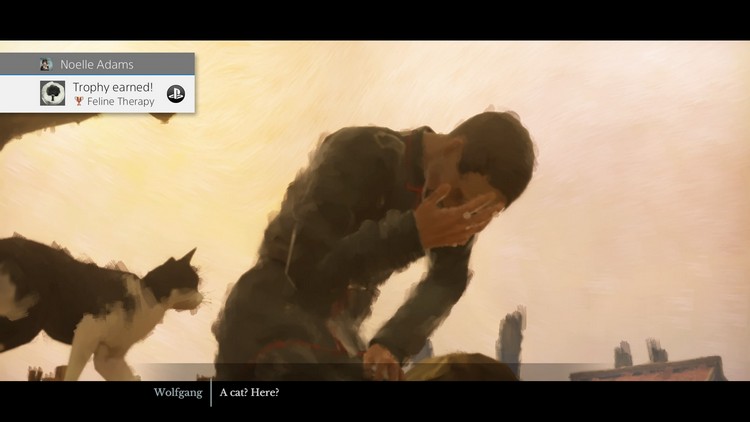 It may not be sophisticated gameplay-wise, but that does make 11-11: Memories Retold highly accessible for casual players. This matters because the game should be experienced by as many people as possible as we celebrate the centenary of Armistice Day this month. With a hundred years between us and the end of World War I, it’s too easy to forget how that conflict (which was more geographically confined than WWII, and arguably less well-documented) fundamentally changed warfare and attitudes to it.

Much like Discovery Mode in Assassin’s Creed Origins, 11-11: Memories Retold feels like it would make a fantastic interactive experience for school pupils to receive an authentic, deeply immersive sense of what the Great War was like. It’s the type of game that actually points out any story decisions that break from historical accuracy, and collectibles scattered throughout the game come bundled with historical explanations – like why exactly the poppy is the symbol of remembrance, as well as lesser known tidbits. In addition, apart from Kurt’s monologue, non-English dialogue is left as is, with subtitles doing the translating of German and French. 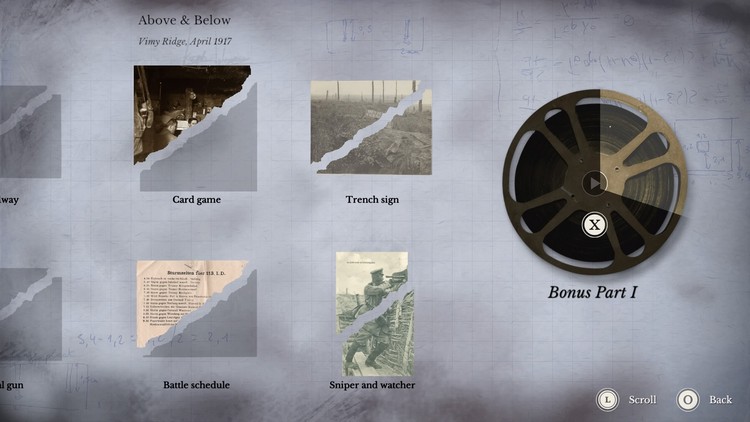 Apart from how historical education is seamlessly folded into 11-11: Memories Retold, the game has greater importance for its humanising take on war. This matters especially in a current geopolitical context, where certain vocal leaders are encouraging their populations to continually “other” anyone who isn’t them – to view them as less than human, and therefore unimportant.

Supported by Koch’s excellent, emotionally-loaded voice work, Kurt’s story is especially moving. And the game makes sure to take players “behind enemy lines” to spotlight the food shortages and psychological trauma of the German people, so many either damaged war survivors or grieving for lost sons, husbands and fathers. 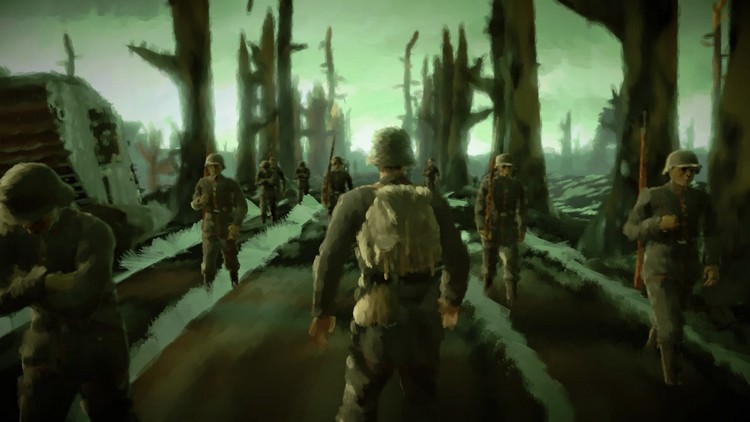 For the record, 11-11 is nominated for the Games for Impact Award at this year’s Game Awards.

11-11: Memories Retold isn’t for instant-gratification gamers. However, for patient and narrative-orientated players who savour personal stories set against the backdrop of seminal real-world events, the game slowly (and quite deceptively) dials up its emotional intensity. Key to this is the game’s choice component – such as the ability to shape the tone of letters you send home to your loved ones.

Although the decisions you make don’t feel as immediately impactful as in, say, Telltale’s The Walking Dead, they do stack up. And the final choices are legitimately heart-wrenching. You may find yourself replaying the finale over and over to unlock an ending (one of nine or so) that is more sweet than bitter. 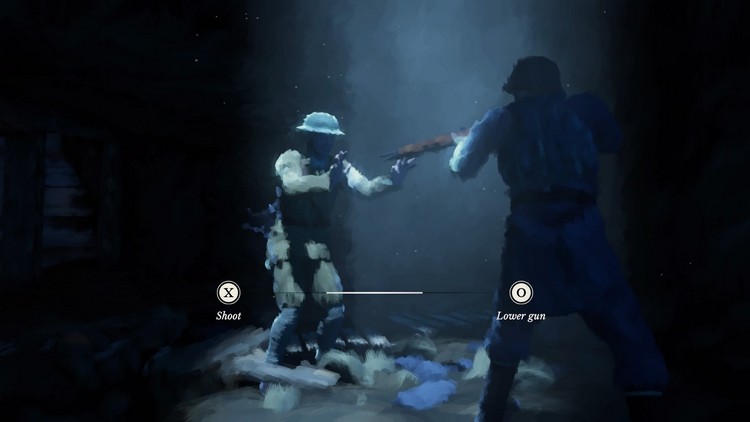 11-11: Memories Retold earns its review score here for what it taught me and made me feel. It isn’t a faultless game by any means. The final Act strains credibility from the start, and I personally wasn’t a fan of the game’s Impressionistic aesthetic. That’s a personal preference though from someone who prefers clean lines. 11-11’s visual style is undeniably striking, and the colour pallet is diverse. Plus, you have to acknowledge that the creative choice of heavily brush-stroked art has a clear artistic purpose. What is more impressionist than recalled memories after all?

Ultimately, 11-11: Memories Retold doesn’t want players to sink mentally into the mud of misanthropy that war encourages. It doesn’t want people to become consumed by grudges and a lust for revenge in response to graphic wartime horrors – although the game absolutely acknowledges that it’s a legitimate response. Rather, it wants its audience to switch lenses, zoom in and accept that war involves relatable individuals on all sides. No matter the uniform they’re wearing, or where they’re from, they bear the burden of choice and consequences at a personal level, carried out in seconds and minutes, just like us. 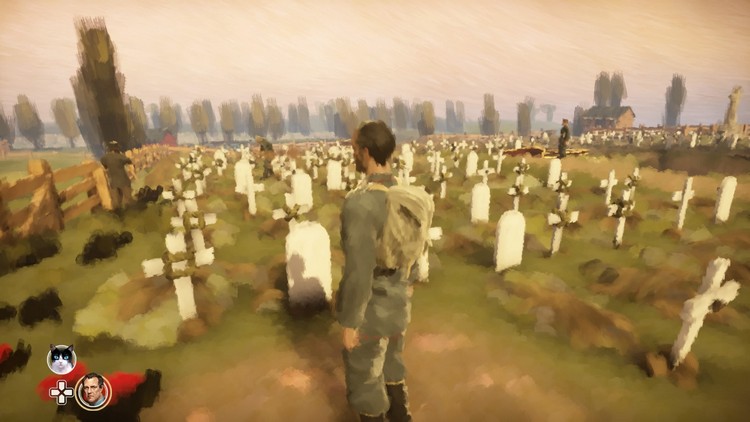 The Princess Bride is getting a homemade fan remake for Quibi