Ultrabooks are getting smaller and smaller. Usually, this means two things. The decreased space leaves less space for cooling, resulting in processors having to run slower to mitigate their potential of melting in your chassis. it also means there’s less space for a big battery, which can mean your ultra-thin, ultra-light laptop will need a not so ultra-anything charger carried around without you. When it comes to the ASUS ZenBook 3 though, only one of those is actually a reality. And depending on which you find more important, it may or may not disappoint you. 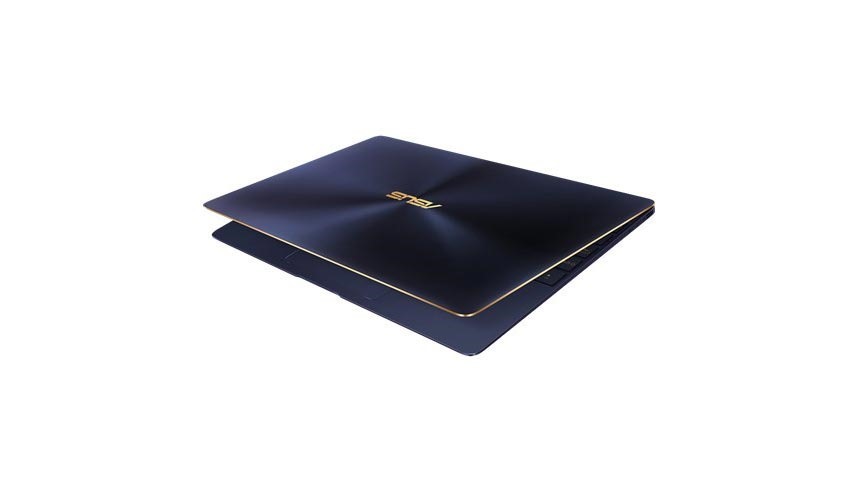 Let’s get one thing straight though: the ZenBook 3 is a gorgeous device. Encased in an all-metal body that is brushed over with a stunning navy blue and gold trimming finish, the ZenBook 3 will draw attention no matter where you pull it out. That’s partly thanks to how ridiculously thin the device is too. It measures at just over 11mm thick and weighs well less than a full kilogram. Its footprint is so marginal that I would often not feel it in my bag, which can be distressing. But compared to my already light HP Spectre X360 which I use daily, the ZenBook feels like a small pocket of air. 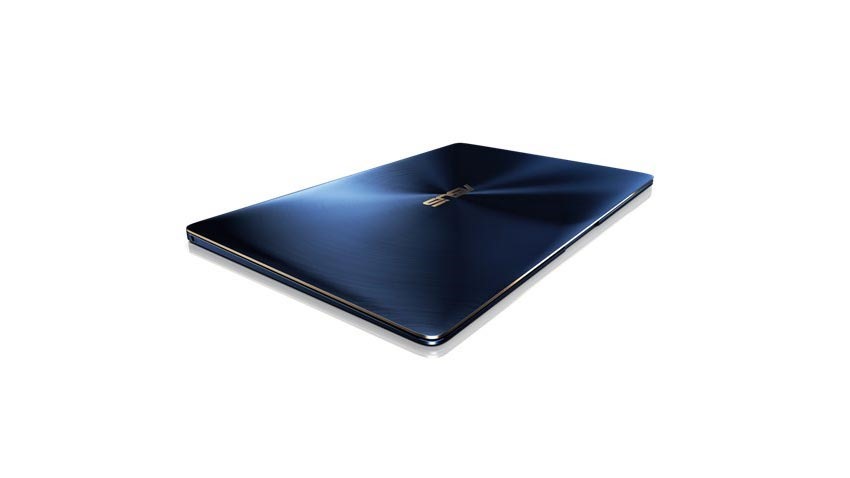 That design comes with the usual problems though. The thickness is kept minimal by removing basically every port you might want to use. The ZenBook 3 only features a single USB-C connect on the side, which is used for both power and data transfer. That means you can’t charge the laptop while having a USB-C compliant hard drive connected to it (needed perhaps if you go with the smaller 128Gb SSD models), unless you have one of those dreaded dongles. Because nothing screams sleek, elegant design like a bulky plastic brick sticking out next to your luxurious ultrabook. There’s also a 3.5mm combined jack on the other side too, which is appreciated at least. 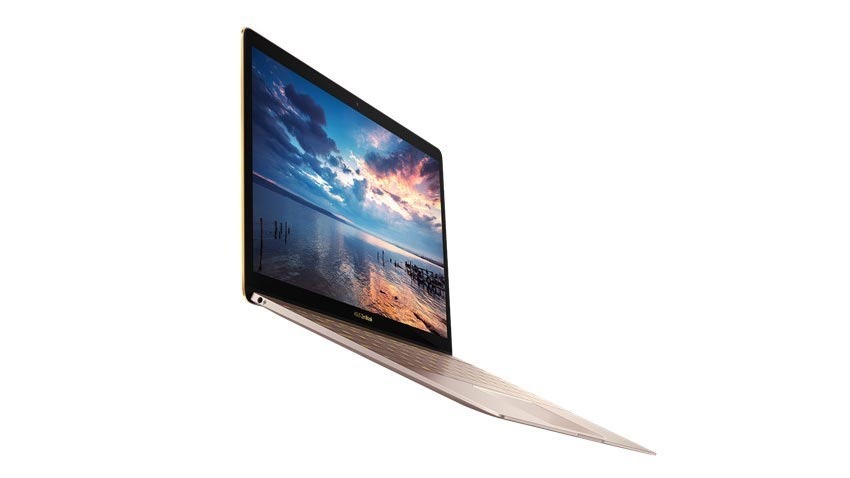 The ZenBook 3 has a familiar clamshell design that should appeal to you if you’ve loved a MacBook Air in the past. Pop it open and you’re greeted with what is arguably the ZenBook 3’s greatest feature: its stunning 13-inch display. It’s not a fancy 4K one (which is wasted at this size anyway) and instead just regular old 1080p. But boy does it use the real estate well. Colours are vibrant and the screen can be tuned to be incredibly bright, giving the entire visual experience a huge boost. It’s complemented by two Harman-Kardon branded speakers which do a decent job of getting loud, making the ZenBook 3 perfect for some casual multimedia viewing on your lap either at home or in a cramped economy class flight. 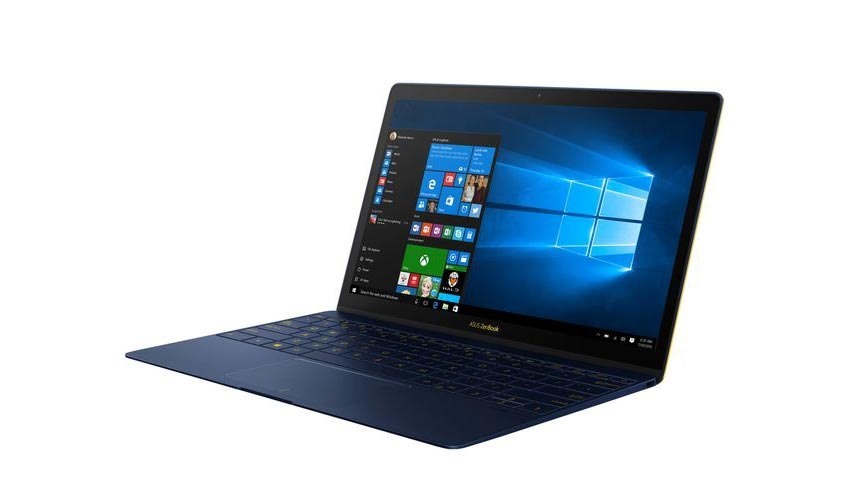 Typing on the ZenBook 3 is a slightly more mixed bag. Given how thin it is I was surprised at how much travel each of the keys actually gets. But their mushy nature is just that – mushy. There’s not real kickback or force once you’ve hit a key, which you’ll find on other slightly thicker ultrabooks like the aforementioned x360 and Dell XPS 13 range. They also lack anything like Apple’s MacBook butterfly switches (which I particularly hate too), which attempt to give some feedback after each stroke. Typing is just fine on the ZenBook 3 as a result, and extremely prone to errors in your first few hours with it.

The trackpad is similarly strange. While its feel is incredibly appealing and multi-finger tracking works like a charm, the inclusion of a fingerprint scanner on the pad itself is confusing. It’s nice to have an alternative method of signing in, but having the course, odd bump in one corner of your trackpad is just a strange placement. It can often take the groove out of your navigation, and just feel like an inconvenience more than helpful most of the time. Perhaps something next to the trackpad next time, ASUS. 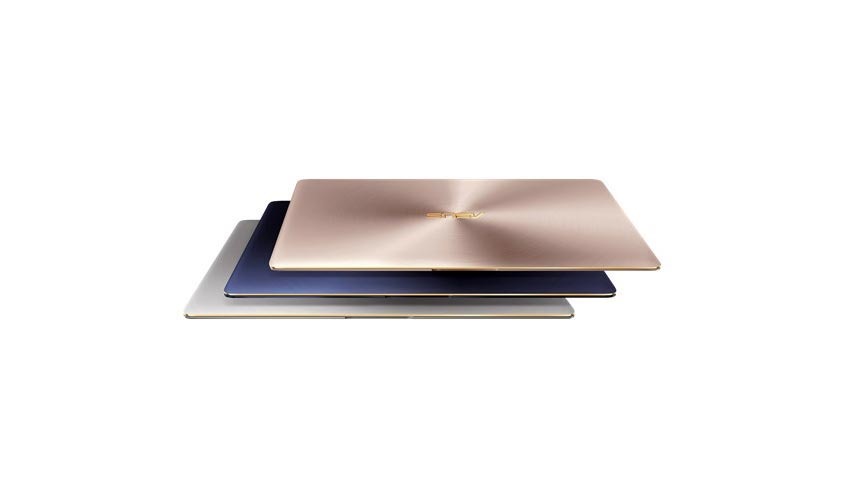 But let’s get back to those two lingering questions, and which one the Zenbook 3 manages to sidestep. If you’re looking at an ultraportable and hoping for better than expected performance, then the ZenBook 3 is surprisingly your laptop to go for. It features seventh-generation Kaby Lake Intel processors, which already put it ahead of the older MacBook and MUCH older MacBook Air. It is snappy, fast and easy to multi-task with, and the equipped Core i7 never got the fans spinning up to noticeable temperatures. Chrome tabs galore couldn’t slow this down, but don’t hunt for it if hardcore video editing is on your agenda. Ultraportables have never been suited for that, and the ZenBook 3 is no exception.

But where ASUS does falter is with battery life. The sleek exterior means a much smaller battery is given space within, and ASUS’ generous estimations of around 9 hours of battery life never materialised. I used the ZenBook 3 like I do my x360, and tried to get it through a day of university work without needed to plug in the charger. Depending on the tasks, the most I could realistically get out of the ZenBook 3 was around 5 hours, and sometimes just a little more with lower screen brightness and less intensive multi-tasking. It’s not terrible, but it’s certainly not in-line with laptops like the Dell XPS and HP Spectre – the two biggest contenders the ZenBook 3 really needs to best. 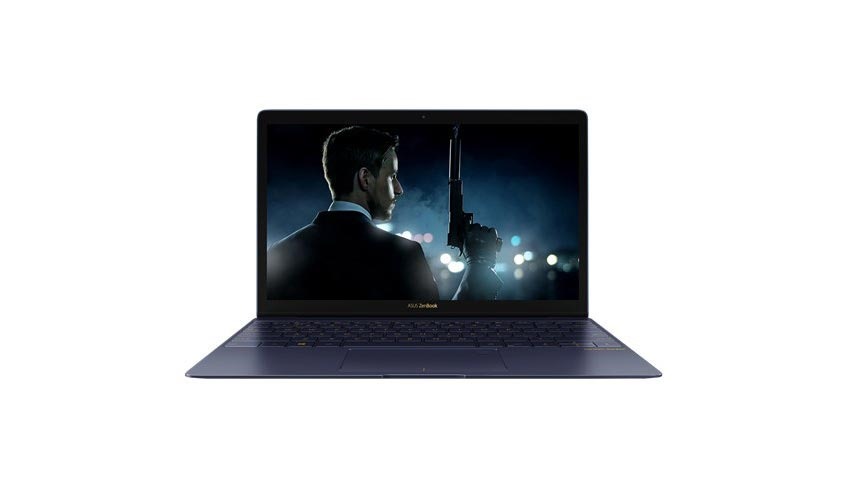 And that’s where the ZenBook 3 really becomes a strange purchasing prospect. It’s not a cheap device by any stretch, and local pricing will put it around R26,000 in the best of cases. At that price, it’s still a better option than the slower Apple MacBook, and far more alluring than the years old MacBook Air despite the price difference. But it puts it in the crosshairs on the Dell XPS 13 – a much more capable device with better typing, a better screen, much better battery life and similar performance. For just a grand or two more the Dell becomes a far more interesting option and makes the ZenBook 3 look out of place.

But if you’re trusting of the brand and don’t want to fork out a little more for a justifiably better device, then the ZenBook 3 pretty much stands highest amongst all others at the same price and below. it’s battery life and port situation are disappointing, but you can’t falter them too much when you consider how thin and light the entire laptop really is. It’s a technical marvel that shows just how ultraportable these devices are really becoming. Even if it means having to carry around a dongle and power supply to ensure that vision stays true.