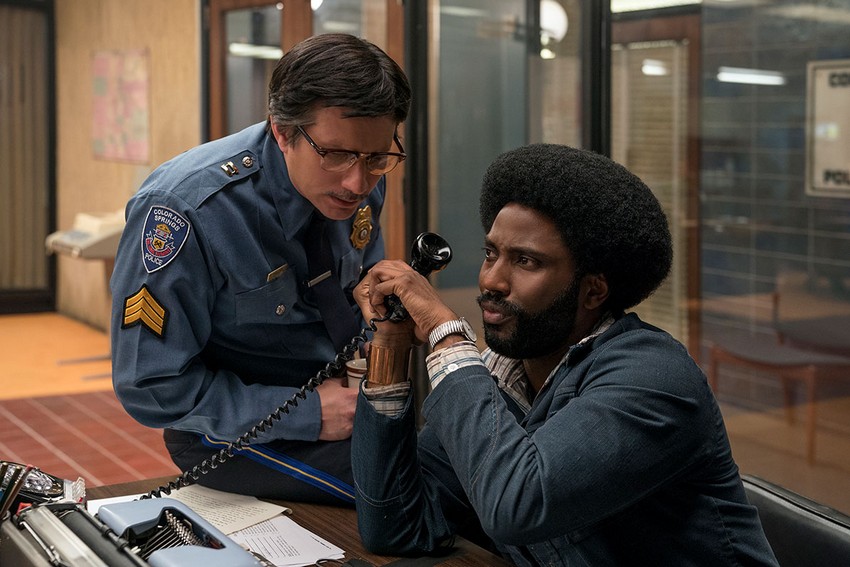 Earlier this year, Black Panther dropped into cinemas like a pop culture A-bomb. Marvel’s latest superhero blockbuster tackled racial politics with a directness unheard of for the genre as it revelled in its African roots with all the pain and pride that embrace entailed. It was also just damn entertaining. Fast forward eight months and we have BlacKkKlansman, a masterfully engineered spectacle that also balances hard-hitting politics with gleeful night-at-the-movies escapism and is every bit as explosive as Marvel’s offering and more so. There are no comic book adamantium catsuits or mystical super strength-granting herbs here though, but veteran firebrand filmmaker Spike Lee’s latest joint has its own superpower: The truth. As unbelievable as it may be.

In 1979, 26-year old Ron Stallworth (John David Washington, of the Denzel Washingtons) became the first African-American detective in the Colorado Springs police department. Stuck doing menial jobs in which he has to suffer racist slurs from other officers, Stallworth asks to be reassigned to undercover work. Buoyed by his successful infiltration of a local rally where civil rights leader Kwame Ture (Corey Hawkins in a blisteringly fiery cameo) is speaking, Stallworth decides to take some further bold policing initiative. Spotting a recruitment ad brazenly placed in the local newspaper by the local chapter of the Ku Klux Klan, he dials the listed number and attempts to join the white supremacist hate group over the phone. And like something out of a Dave Chapelle comedy sketch, black Ron Stallworth gets in. 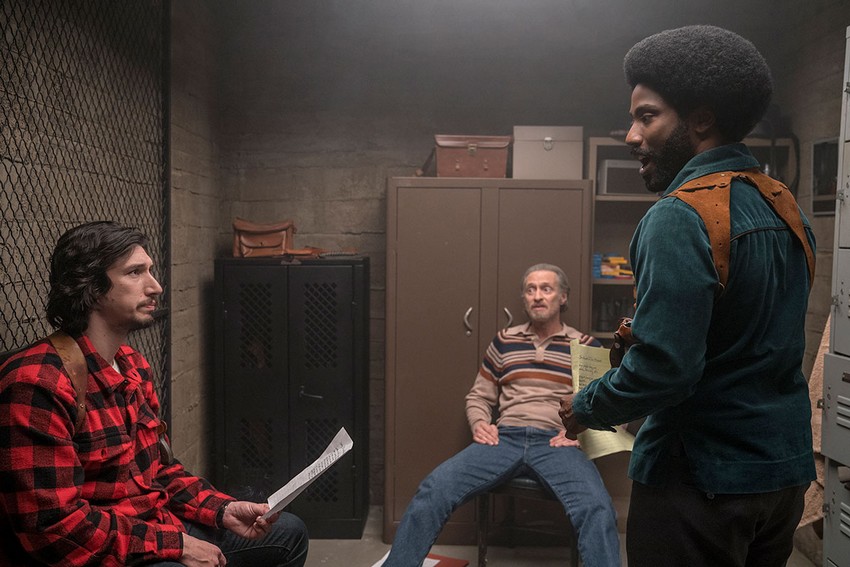 It’s an absurd piece of American history and Lee leans into it with gusto. As Stallworth, Washington plays things relatively grounded but there’s a teasing smirk lurking just beneath his dark skin as a result of his dumbfounded amusement at the situation he found himself in. That smirk sometimes comes to the fore, especially when Stallworth is dealing with Flip Zimmerman (the always dependable Adam Driver), his amiable white partner who’s roped into pretending to be Stallworth when the local KKK chapter head wants to eagerly meet his newest recruit in person.

Soon Stallworth/Zimmerman find themselves rapidly climbing the KKK ladder, right up to meeting and impressing David Duke (Topher Grace, in pitch-perfect mild-mannered evil mode), the Grand Wizard of the Klan, with their faux racist vigour and antisemitism. Zimmerman, by the way, is actually Jewish. Like I said, this truth is absurd. 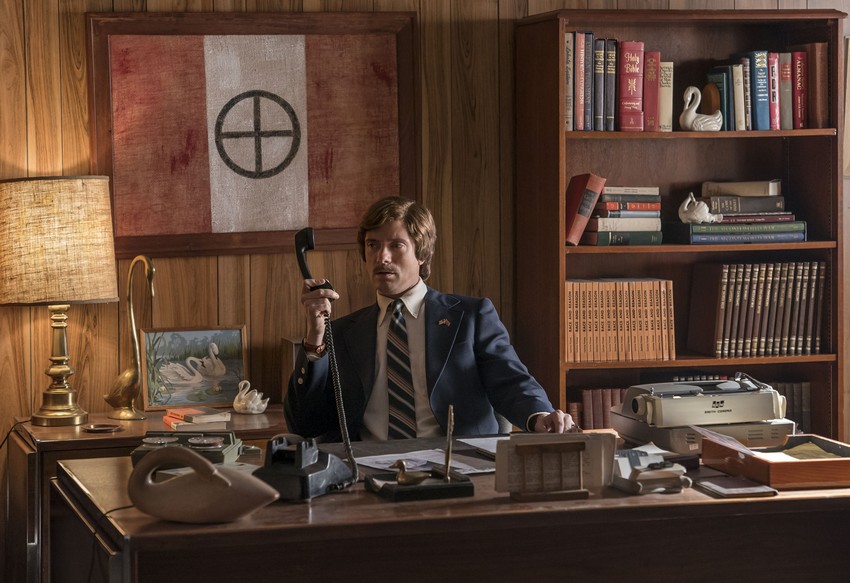 Well, maybe not too absurd to us living here in a modern 2018 which seems to be turning more and more into a satirical article from The Onion every day. Lee leans into that parallel hard with a series of scathing, barely veiled takedowns of US President Donald Trump. These bits of meta-commentary may be a bit too overwrought and on-the-nose, but it could be argued that in Trump-era America, where politicking around sensitive topics has all the subtlety of an AR-15 rifle, this is needed. For many of these moments though, their bluntness can be easily overlooked as they’re often played for uproarious laughs, but Lee isn’t just here to distract with gags. As much as you will be busting your gut, expect to get punched in it as well.

It’s no coincidence that BlacKkKLansman premiered in the US on 10 August, the one-year anniversary of the Charlottesville Rally when Neo-Nazis marched openly in an American city, brandishing swastikas and automatic rifles. Violent clashes in the days after that left dozens injured and one young woman dead as a result the actions of a self-proclaimed white supremacist. Lee recognizes these real-world tragedies, present and past, through sobering storytelling – one particular vignette regaled during a civil rights rally about the torture and mob execution of a young black boy is an uncomfortably painful experience to sit through – to drive home how topical it all is to current events. 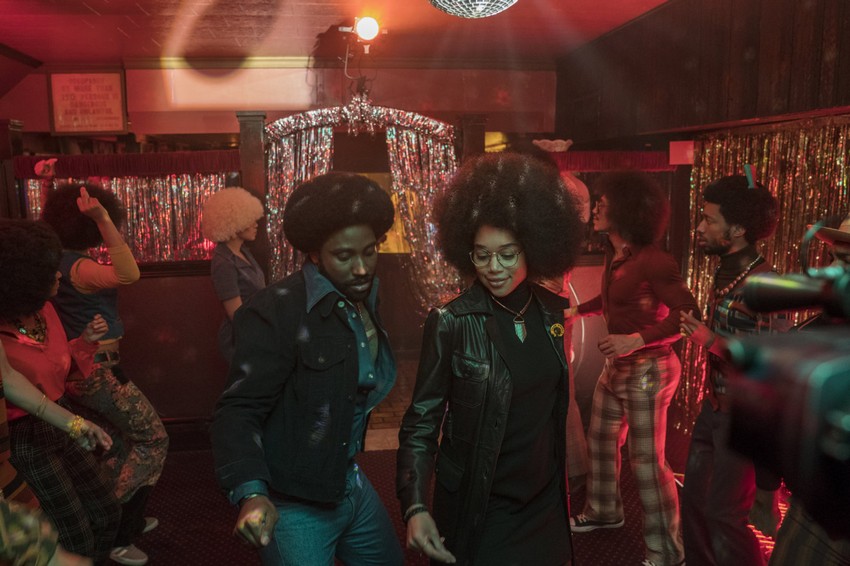 This is especially apt as Stallworth’s dichotomous status as a black member of the police force is also put solidly in the spotlight when he starts getting romantically involved with Patrice Dumas (Laura Harrier), the president of the Colorado College student union who arranged the initial civil rights rally that Stallworth infiltrated. To Patrice, like so many members of the African-American community back then and today, cops are “pigs”; an abusive, racist and untrustworthy institution who would sooner shoot you unprovoked than serve you. Stallworth’s racist colleagues harass young black men and women in precisely the same fashion that grabs headlines today, evoking as much an impassioned response from the victims as the audience.

But Lee is a master at balancing out this real-world horror with razor-quick mirth, often at the expense of the KKK and its bumbling racially-driven shortsightedness. They spout their frothing rhetoric and shoot their guns with radicalized patriotism, but cannot see the reality of the world around them. They laughably underestimate the people they claim to be beneath them, and we in turn laugh at them. A lot (I can’t understate just how thrillingly entertaining BlacKkKlansman actually is). 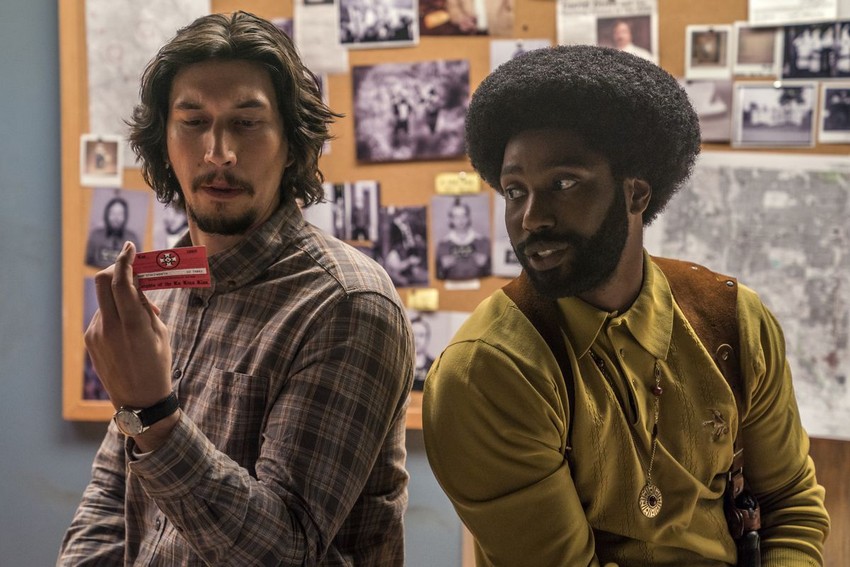 Contrary to the flashpoint early days of his career, Lee’s cinematic output over the last few years has lent itself far more to the mundane and tepid. His distinctly incendiary voice – the biting social commentary, the tonal juggles, heck, even the dolly zooms! – had been lost in the rigor de jour of Hollywood studio filmmaking. With BlacKkKlansman, the filmmaker returns to that form, elevating himself from workman status to explosive artist ranking once more. BlacKkKlansman is born of and rife with bravely unfiltered personality and social consciousness. This is must-see cinema.