Home Gaming Child of Light review – I am woman, hear me Aurora

Child of Light wears its JRPG influence on its sleeve. Though it’s devoid of a spiky-blue–haired androgyne, it’s a coming-of-age tale recounting the ever-enduring human spirit. It’s got a hybrid active and turn-based battle system that recalls fare like Final Fantasy and Grandia. But a JRPG it’s not.

Aesthetically, it’s decidedly European. Bathed in the fairy-tale wonder of the old world and set in the fantasy water-colour world of Lemuria, Child of Light looks like the works of golden-age British illustrator Arthur Rackham come to life. The art design, coupled with the UbiArt Framework that powers the game, make it one of the most beautiful games you’ll likely ever play. 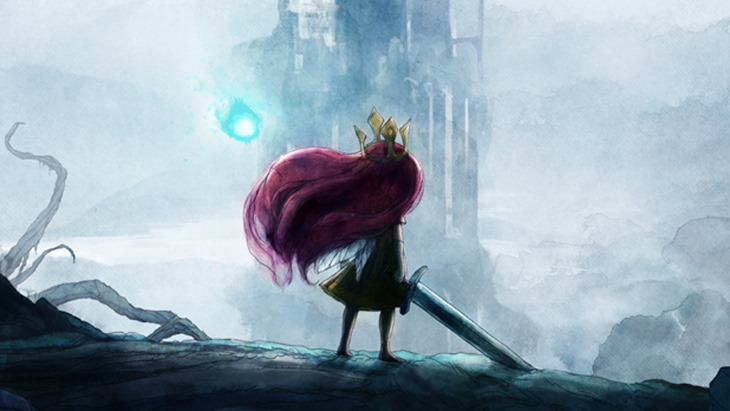 You play as Aurora, a princess from 1895 Austria who falls ill, and in slumber wakes up in mythical Lemuria, a world beset with its own problems. Its sun, moon and stars have been stolen by the Black Queen. She’s a young lass of about 10; fragile, the charming princes that usually come to princesses’ aide. Her ailment in the real world sends her father spiralling in to increasingly poor health. She’s distraught by by her father’s ill health, but resolves to rescue him and restore Lemuria’s stolen celestial bodies.

The sense of European art continues with the game’s story. Though it’s often – almost by necessity – cringe worthy, the entire narrative and exposition is delivered as poetry, taking on the form of a ballad interspersed with rhyming couplets. It’s frequently doggerel – the sort of garrulous, trite nonsense that might be dispensed by a Vogon wordsmith, but it doesn’t take itself too seriously. It all gets a bit meta with one of the game’s NPC characters, a vocalist Jester, unable to make any of her dialogue rhyme. It’s pointed out regularly by the rest of the cast, almost highlighting how silly it all is. 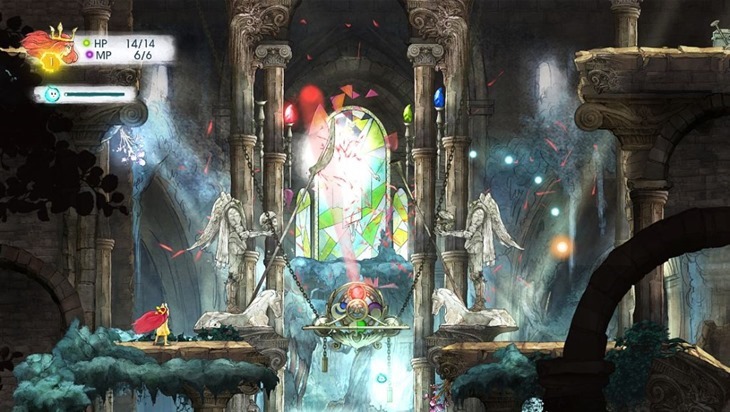 On her travels, Aurora is accompanied by a bright blue sprite by the name of Igniculus, who unlike the rest of the characters Aurora encounters, is a playable character. Using the right stick, or the PlayStation 4’s touch pad, the shimmering fairy can open chests, collect items like ‘wishes’, orbs that help bolster your party’s health and magic, and also refill Igniculus’ energy meter. By focusing his metered healing light, Igniculus can interact with the world to help solve many of the world’s puzzles.  A second player can take control of Igniculus, adding co-operative play. The bright blue sprite can also add  Dark Souls styled hints to the world for connected players to see.

Initially, the game plays like the puzzle-laden platformers that crowd the indie space; games like Limbo – only with a dash of dulcet, vivacious colour. You imagine that its limit of just two dimensions would hamper the sense of freedom and exploration you’d typically expect in an RPG  but that’s not the case here. Early in the story, Aurora’s granted the gift of flight  – and the added verticality and wavering paths make exploring every nook and cranny of the intertwining landscape a delight. 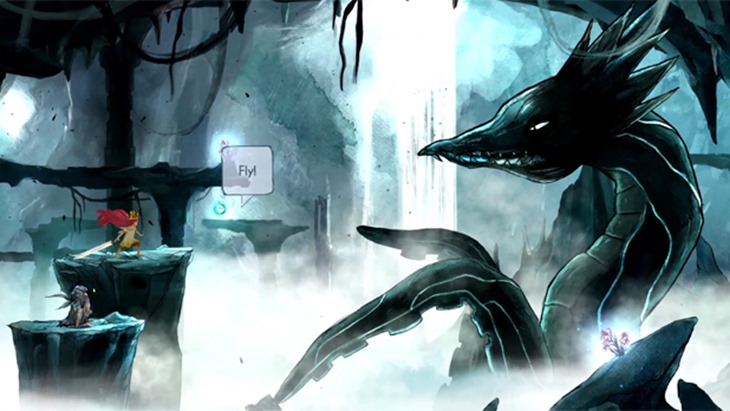 When Aurora encounters any of the dark beasts littering the world, it transitions from platformer to turn-based RPG battler. The battle system in Child Of Light is quite different from your usual turn-based mechanic, trading the traditional parry and riposte back-and-forth for a time-based system that uses a tracking line.

An avatar of each battle participant is set onto this track. racing along at the speed set by his stats. When one of your party members reaches the ‘cast’ area, in the last 5th or so of the bar, the menu pops up asking what you want to do; fleeing, an offensive action,  or defending or taking a potion. Time grinds to a halt while you make your selection. Actions are defined by their time. A quick weapon based attack might then be a “short” action, which will have a far shorter cast time than a large, elemental area attack. If you or your opponents are hit during the time they begin their attack, and the time that action takes to complete, it’ll interrupt the attack, thrusting the affected battler backwards on the line. 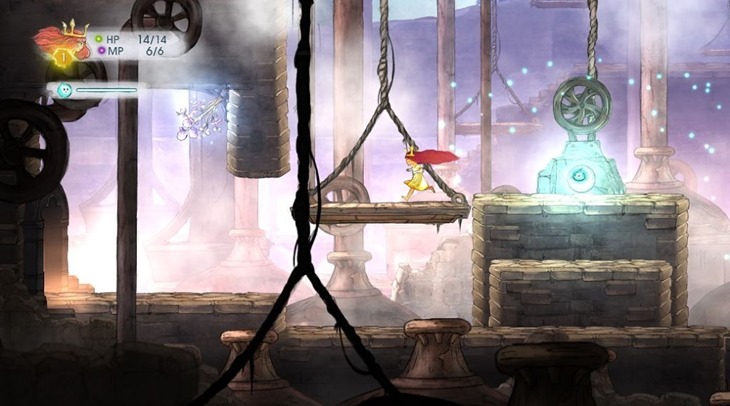 Certain enemies are, naturally, prone to and affected by  different elemental attacks. As you’re only allowed two active members of your warring party at any given moment, you’ll be switching through your characters to find the right ones for the right scenarios. There will be moments where you’re facing a particularly menacing enemy or three, and rather than focus on dealing big damage, you’d be better off interrupting their attacks with lower damage, but faster attacks.

There’s further strategy in that Ignuculus’ focused, bright light can slow enemies on the time line, or heal party members, recharging his light meter with the few wishes that populate battles. It’s a a two-stage process that’s tricky to explain, but is in truth, a simple and endearingly intuitive system that makes Child of Light an accessible, and approachable RPG. 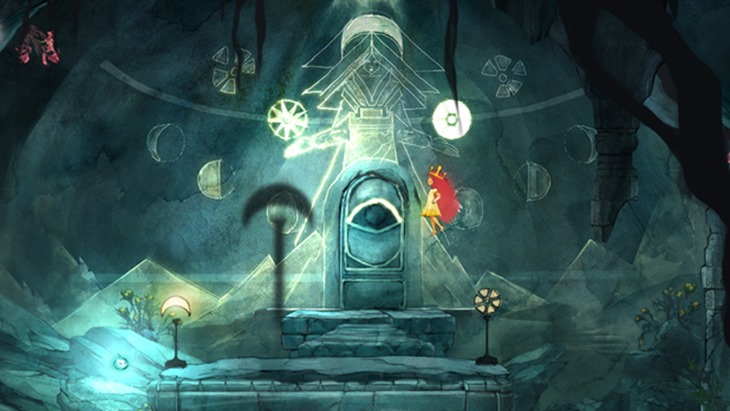 There’s an almost constant sense of reward, as you’ll level up nearly every other battle, earning points to throw in to your skill trees to increase your stats or learn more attacks. There’s also a recursive crafting system that has you combining gems, called Oculi, for buffing your attack attack and defence. Recombine the gems you’ve created with more of the same, and you’ll forge even stronger ones. You’ll want to ensure you have equipped the right Oculi for the right occasion; Emeralds, for example, will add lightning effects to your stats, which are perfect for taking on water-based enemies.

And though you’ll spend much of the game’s 15 hours in battle, it’s the world of Lemuria and its inhabitants that’ll charm you most. A number of party members will join your crusade should you wish, opening up side-quests to keep you busy. You’ll encounter a magical dwarf, whose kin have been turned in to crows by a curse; a mouse with an unerring head for business; a disgraced royal guard and more; each adding their own quests and terrible rhymes.