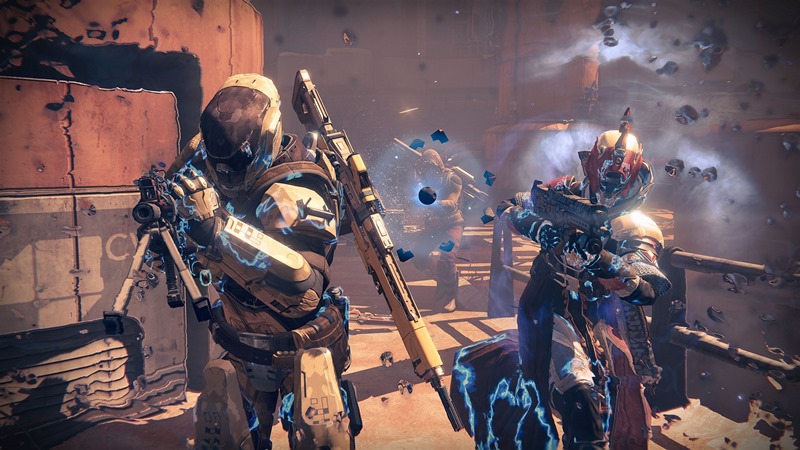 Cast your minds back to last year. It’s September 2014, and the most anticipated and hyped game of the year, Destiny, has finally landed. And it’s somehow both great and terrible. There’s a ton of content available in the vanilla edition of the game, but it’s hardly explained. There’s a wall that’s quickly hit, with the first DLC expansion The Dark Below, not exactly patching things up. House of Wolves will most likely end up being just as polarising as Destiny itself. But it does so with an absolute ton of new content that gives the game the upgrade that it needs.

The Dark Below was not the second chance that Destiny deserved. It was too short, the new raids and modes felt meagre and the expansion was thoroughly underwhelming. House of Wolves doesn’t suffer from that, and is instead overwhelming with all that it offers. It’s still heavily skewed in favour of Crucible players who get the bulk of the DLC and what it has to offer, but at least those players who stick around for the story will have something more to do. 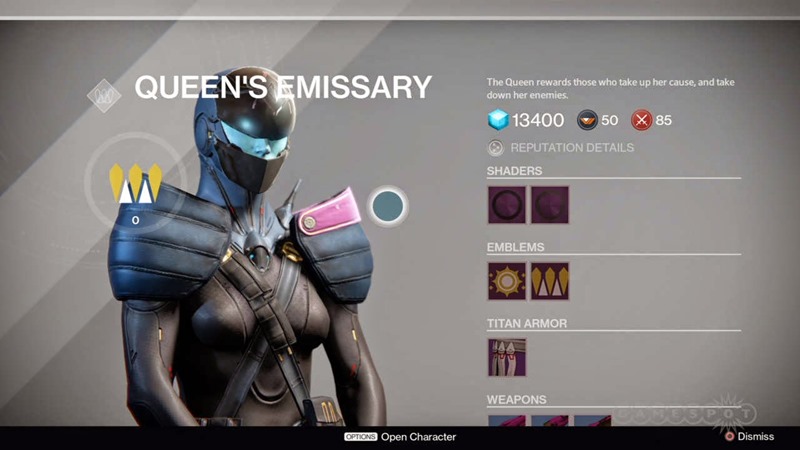 And what a silly story it is. The thing is, Destiny is well aware of its cosmic space opera being perceived as slightly silly, and have decided to run with that idea instead of burying it. The end result? A game expansion that doesn’t take itself too seriously, and actually decides to have some fun. The Dark Below may have succeeded in adding more variety to story missions in Destiny, but House of Wolves improves on that formula even further. Again, its going to be polarising for some players, but having the ridiculously-named Petra Venj (Pet Revenge as I call her) eavesdrop on you and crack a few jokes, makes for a fun game overall.

The universe just got a little bit bigger 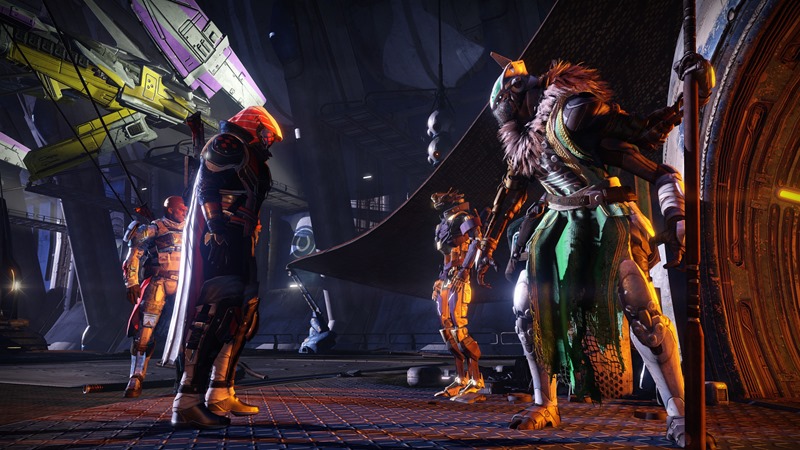 There’s a certain flow in Destiny. Do a couple of missions, pick up a few decohedrant engrams and hit the tower to decode them, while claiming a new bounty or two. House of Wolves throws in a brand new social space over in cosmic wastes of the Reef, which now means that there are two places to check out every day for bonuses and bounties. Yes, this made me ridiculously happy as I break my standard formula of shooting, looting and tower-visiting. Throw in some new bounties, strikes, raids and Destiny finally feels like it has enough content to wallow around in and live up to its MMO aspirations. 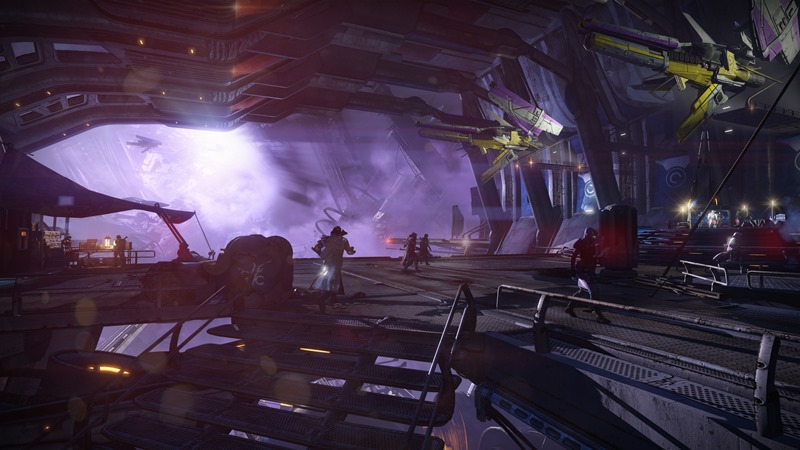 Hell, even going for a patrol on the Moon or in the wastes of the Russian Cosmodrome feels worthwhile again. Petra Venj’s Queen bounties feel somewhat like a quick event, as you scour the wastes for certain Fallen targets. Don’t be too surprised to run into a Fallen with a bounty on his head, as you’ll soon find yourself joined by other Guardians on the hunt for the turncoat wolves. But above all that, it feels good to explore once again and invest some time in the game. 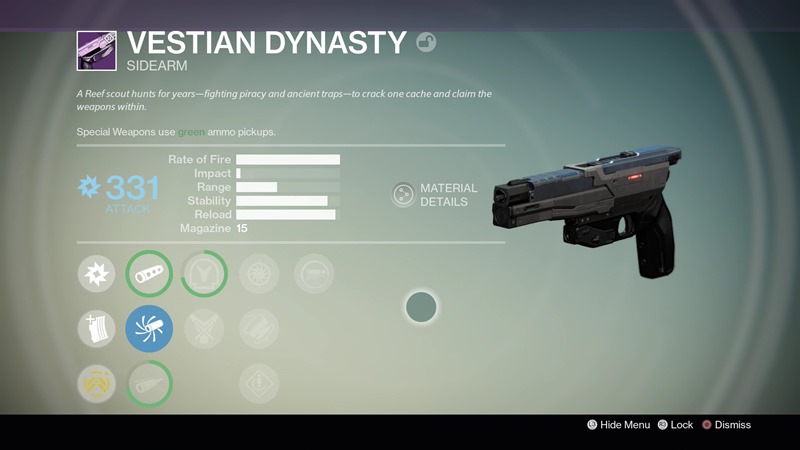 A new expansion means new weapons. But in House of Wolves, your trusty firearms are getting a makeover. Bungie has taken some of the grind out of guns, with challenges and Etheric Light drops now able to amp your damage and other bonuses on your rare death-dealers. A gunsmith can help reforge legendary weapons, giving you a chance to gamble on obtaining new perks as you work your way through to obtaining the best gun to suit your particular Guardian. That, and the actual design of these weapons looks quite spiffy.

Even older guns are getting in on this action, with any legendary weapon now able to be upgraded in order to make it worthy of the hardest level 34 challenges. It’s time to dust off your hand cannon and truly get The Last Word in. Etheric Light now also allows for players to better customise their armour, further increasing your own personal stake in the look of your Guardian and hit that hallowed level 34 cap, boosting your armour and giving it the love that it deserves. 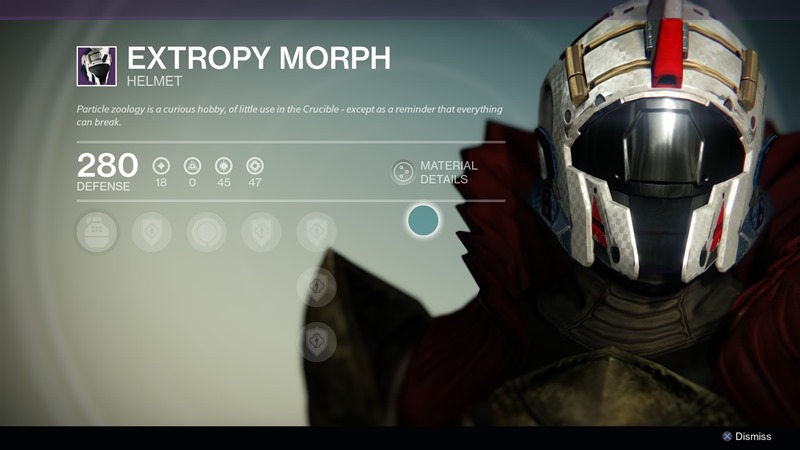 Right now however, I’m saving up for a new spaceship for my Warlock. I don’t need it. I really don’t. But it’s there and I want it dammit. And then there’s the latest addition to the Destiny arsenal: pistols. Pet Revenge will gift you a free taste of the new Pistol class during a story mission, giving you a beautiful space-equalizer by the name of Vestian Destiny that deals around 331 damage. It’s a mix between a hand cannon and a heavy machine gun essentially, as pistols spit out enormous amounts of ammunition towards your foes while dealing a decent and stable amount of damage. In other words, say hello to my little friend… 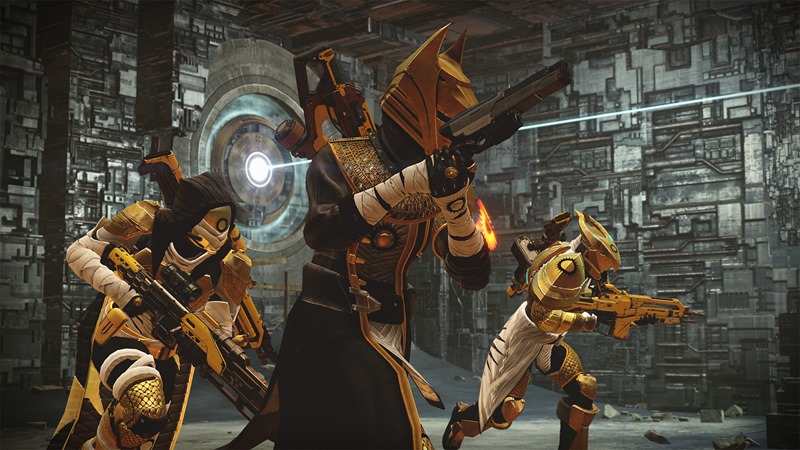 Crucible players as I mentioned, still get the most love. With the Trials of Osiris, those players who find themselves regularly buggered by a touchy loot system can go for broke and attempt to win nine straight matches every week in some classic PvP action. The benefit of this being that those elite players will then get access to an elite loot chest on the planet Mercury. And that’s something special. Because now every weekend, is a Destiny weekend that’s worth a shot at undertaking these trials in the quest for better number-crunching pieces of loot. It’s a multiplayer event that Bungie can easily build on, and it’ll most likely be responsible for many a broken controller as players strive for that perfect 9-win finish.

And then there’s the Prison of Elders. Easily my favourite piece of the expansion. It’s horde mode for Destiny, as you deal with waves of enemies and surprisingly decent loot drops between levels 28 and 32. Destiny’s Horde-mode quickly becomes harde-mode, necessitating strong teamwork within the massive arenas as your fireteam faces the worst possible odds, easily capable of breaking you. But it’s a mode that’ll give you plenty of hours of fun. 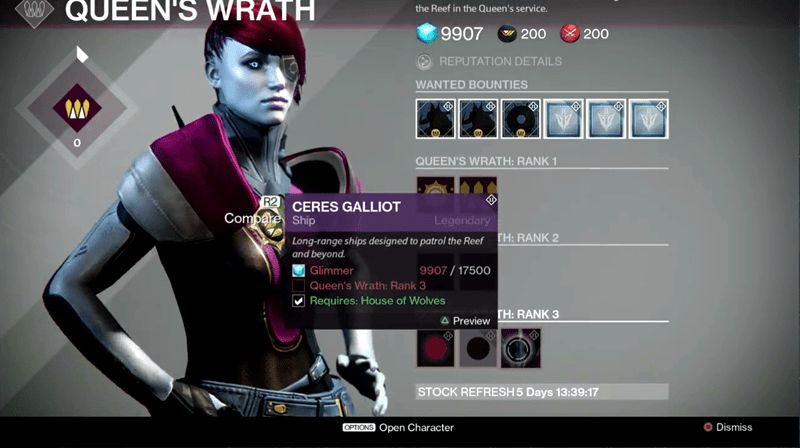 I’ve barely scratched the surface of House of Wolves. It’s a massive new addition to Destiny, and much like the core game itself, it’ll benefit players who are in it for the long-run. There’s still so much to uncover, and like I said, some of it may be polarising. But it’ll still be fun discovering everything that House of Wolves adds to the game, or breaks inside of it in the months to come.