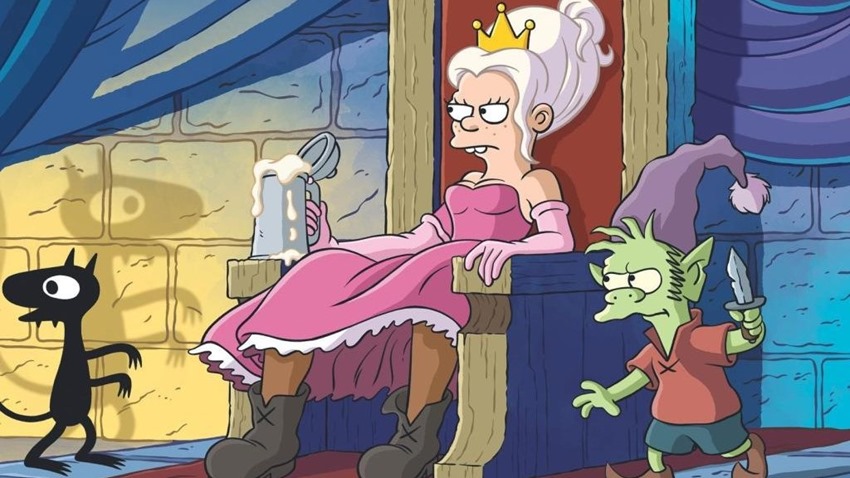 Note: This review was based on the three episodes that Netflix provided to journalists

The fantasy genre has long been overdue for a right kicking, right in the parody testicles. Outside of a Futurama special, the genre has been untouched for the most part, flourishing over the years thanks to series such as Game of Thrones that threw obscene stacks of money and hype into productions that have created new benchmarks for the quality that a TV series can and should be capable of. 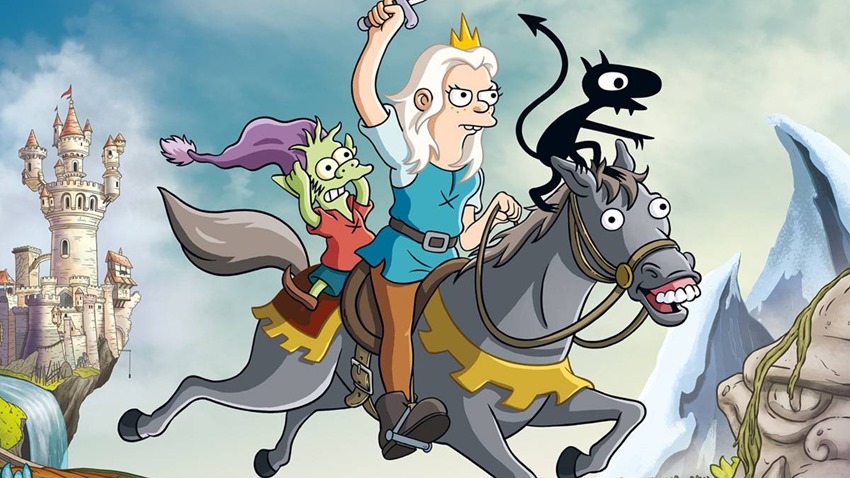 It’s only fitting then, that after conquering the animated present and future with The Simpsons and Futurama, that creator Matt Groening is casting his eye towards a world of dungeons and dragons that happens to be set in a very medieval world. A pity then, that despite having a fantastic cast supporting it, the world of Disenchantment feels more mundane than magical.

At its core, Disenchantment is a show about outcasts. Much like Fry, Leela and Bender were pariahs in their own time, so too are Disenchantment’s trio of Princess Bean, Elfo and Luci. Bean is a princess who refuses to bow to the demands of her royal upbringing and would rather spend all night fleecing idiots out of their coins in a seedy bar; Elfo wanted to escape the constant positivity of his village and experience negative emotions for once, while Luci is…well, Luci is a demon that exists purely to steer Bean down the road of further corruption. 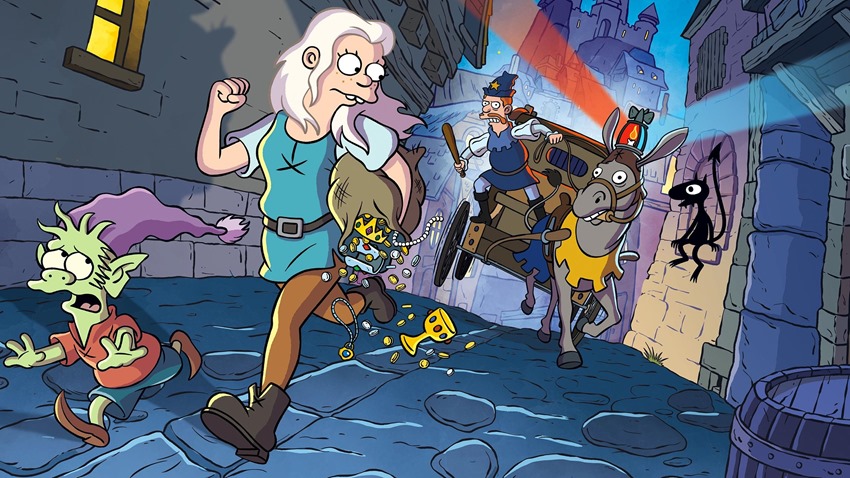 While Bean (Abbi Jacobson) may be the star of the show, Luci (Eric André) and Elfo (Nat Faxon) are the respective devil and angel on her shoulders, constantly and subtly trying to sway Bean towards Paragon or Renegade status. Much like Futurama did, Disenchantment relies on this trio to guide its narrative and uses them to great effect. Bean herself is a wonderful new character, a princess looking for purpose and a destiny of her own that isn’t decided for her by the royal court.

It’s not enough though. Despite a fantastic supporting cast made up of Futurama and Simpsons regulars, Disenchantment feels utterly tame in comparison to everything else on TV today. The animation genre has evolved tremendously in the last decade, with Disenchantment clearly struggling to keep up and showing some very clear signs of first season growing pains. 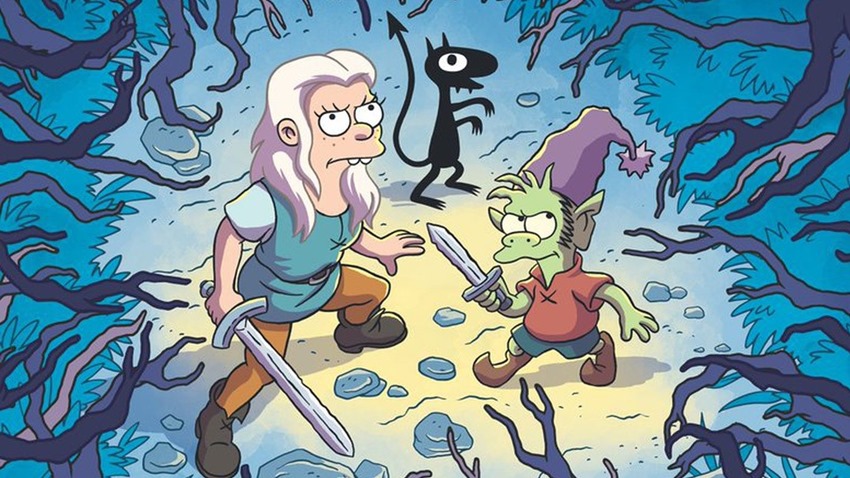 The pacing is slightly awkward, a lot of the humour fails to stick the landing and the momentum of the story feels haphazard most of the time, even when you get at least one episode that involves a prince voiced by Matt Berry being apparently mauled to death in a walrus sex frenzy. I’ve got some hope for Disenchantment’s future though, because this is a problem that every animated series has had. Futurama stumbled during its first season on TV before it found its footing, and hopefully, Disenchantment can also pick up the pace if it wants to continue onwards.

Which I truly do want to see happen, because this may just be the most gorgeous series that Groening and company have ever produced. The locale of Dreamland is a vibrant mixture of fantasy tropes and grim medieval art design, the magic can be felt in the show’s more surreal moments and Groening’s school of character design is still on point while visual gags help flesh out Dreamland even further. 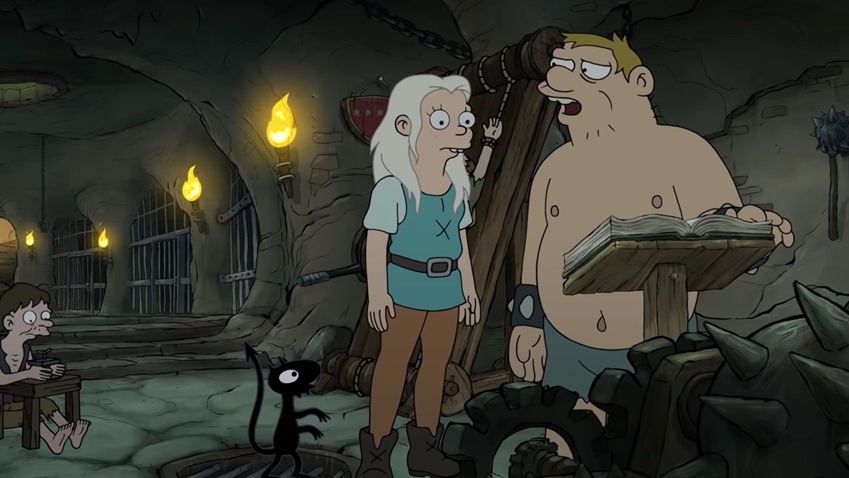 To its credit, Disenchantment does excel at avoiding making easy jokes at the expense of shows such as Game of Thrones. There’s no low-hanging fruit to pick here, as the riffs on fantasy aren’t just tongue-in-cheek, they’re a love letter to the tropes and clichés of the series. Disenchantment shows potential, but it needs to quickly move past the usual animated series growing pains if it hopes to stand a chance against the fierce competition of its genre, even if its approach is fresh and inviting.