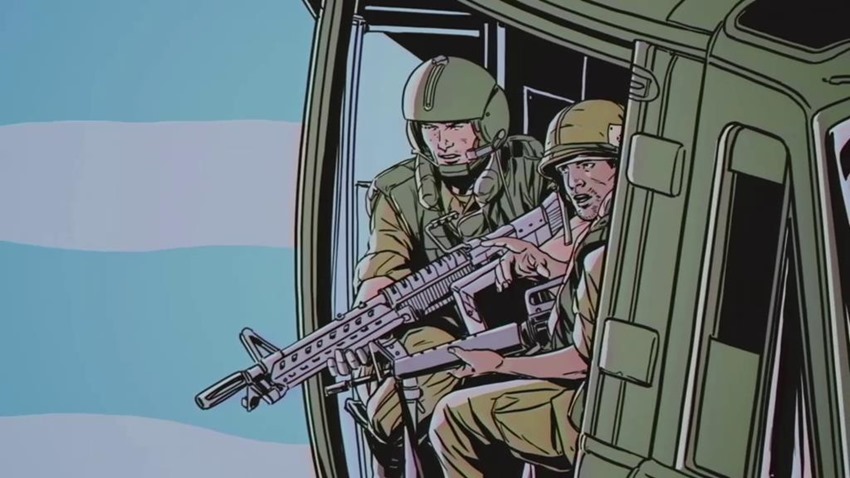 You don’t know what it was like, man. The war. Vietnam. The horrors I saw. I can still see it, hear it, taste it every time I close my eyes.

♫ Some folks are born made to wave the flag ♫

Those chopper montages, always filled with that one horrible sound…

♫ And when the band plays “Hail to the chief” ♫ 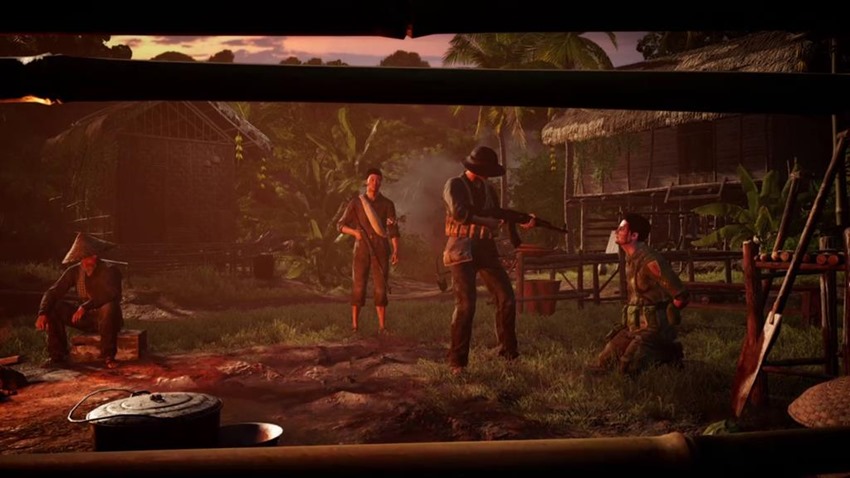 It’s a horror that’s fortunately tempered in Far Cry 5’s first slice of DLC, Hours of Darkness as Hope County gives way to the lush jungles of Vietnam and a war that nobody wanted. The big difference in Hours of Darkness, is that it doesn’t feel like a story using the Far Cry 5 engine to power it. What scant setup there is, is quickly replaced by a more immediate concern: Fight or flight instincts, as Far Cry 5’s grizzled veterans recount the tale of how they barely escaped being stranded behind enemy lines.

That’s the key objective in Hours of Darkness, as you trek through the jungles and make a beeline for the exit point. It’s a persistent goal, one that is interrupted with chances to rescue your brothers in arms and have them as your guns for hire as you sneak out to an exfiltration joint that is crawling with Charlie. Personally, I legged it instead and left my comrades to die, but I’m a bastard. 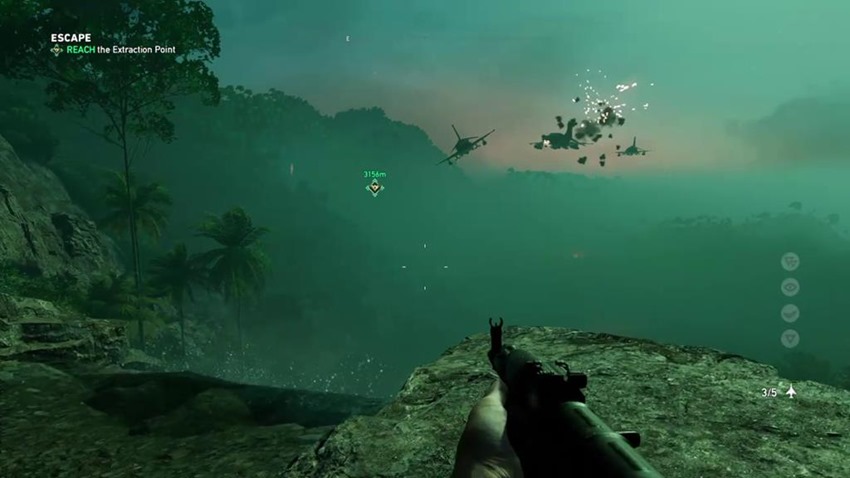 On a replay, Hours of Darkness opened up more on a second tour of duty. Essentially a condensed slice of one of Far Cry 5’s regions, but far more focused on the stealth components than the original game ever was. Stealth isn’t just recommended, it’s a more rewarding experience that gives players a set of perks for every successful kill they pull off from within the shadows.

Remain undetected, and you’ll soon be more aware of your surroundings as your instincts kick in and mark enemy soldiers. You’re faster, deadlier and more silent when your perk tree is filled up, but the downside here is that a single wrong move can strip you of everything and send you right back to square one. It’s a neat idea on paper that emphasises the brutality of the Vietnam War, especially when you don’t have to worry about an Eden’s Gate convoy crashing through several walls and blowing your cover as all hell breaks loose as Far Cry 5 was frequently prone to doing. 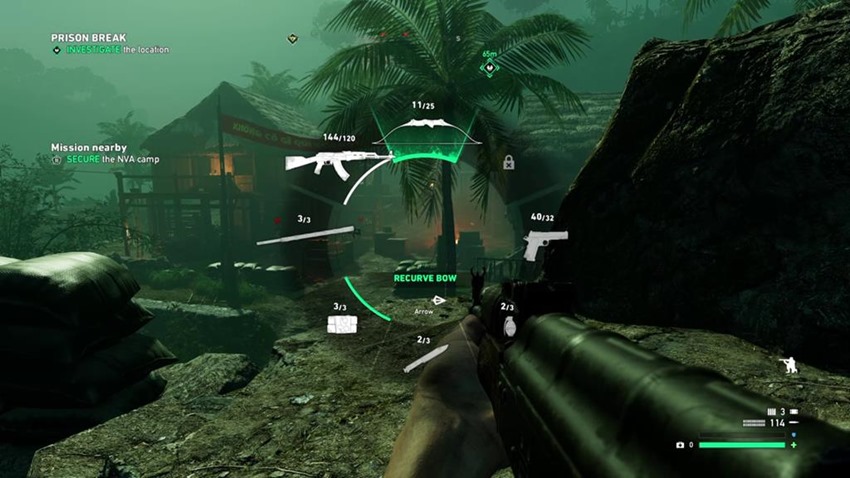 It’s that level of control which you have to combine with keeping your fellow soldiers alive, as their jungle run operates along permadeath lines. If they bleed out, they’re gone for good and the ending of Hours of Darkness is slightly altered. Which would be fine if they happened to not be more suicidal than David Koresh’s pet lemmings. I mean, I like the guys and all but if I have to lay down paint for a bombing run that ends with them running directly into the drop zone of napalm missiles again then I’m going to start to wonder if they’re worth the effort of keeping alive.

For the truly masochistic, Hours of Darkness has another trick up its sleeve: Survivor mode. The most Rambo of options, Survivor cuts your health, inventory and air strike capability down, severely limiting your options and making every bullet spent truly count. Throw in the usual Far Cry checklist of liberating enemy bases and taking down strategic targets, and it sounds like the complete Far Cry with a Vietnam skin thrown on top of it. 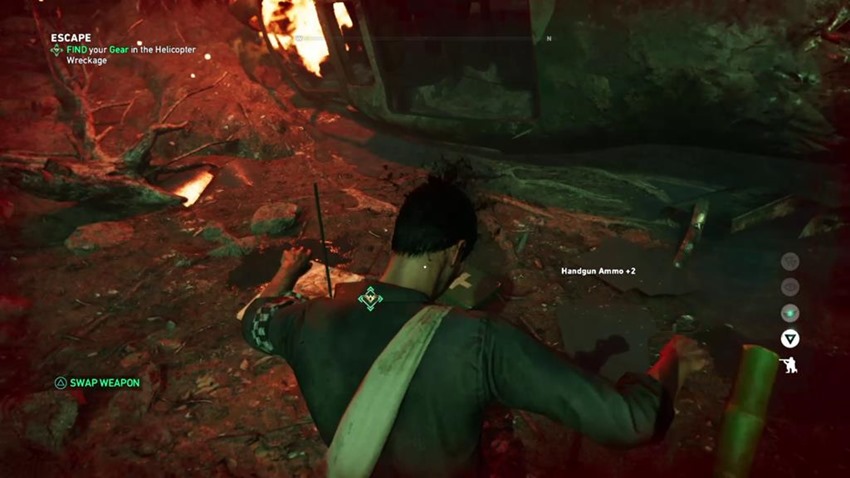 Which honestly, I wouldn’t mind at all. The biggest problem with Hours of Darkness however, is that it just doesn’t feel like it’s worth the effort. It has all the right elements, but there’s a pervasive sense of tedium that permeates the experience. Far Cry 5 may have had its faults, but at least they were exciting and spontaneous in their execution. 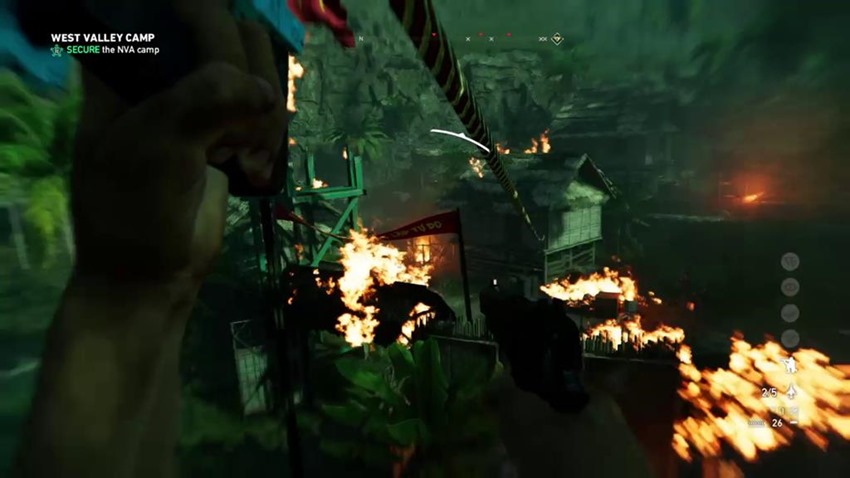 Hours of Darkness in comparison feels sterile, taking Far Cry 5’s local legend of Wendell Redler and reducing him to a barely-there protagonist on a linear quest for freedom. Far Cry 5 had a lot to say about religion and freedom when it released earlier this year. For a slice of story set during one of the most controversial and ruthless wars of our time, Hours of Darkness is a tame tale that swaps narrative for a more condensed and stealthier experience.