Home Features My Hero One’s Justice Review – One for Brawl 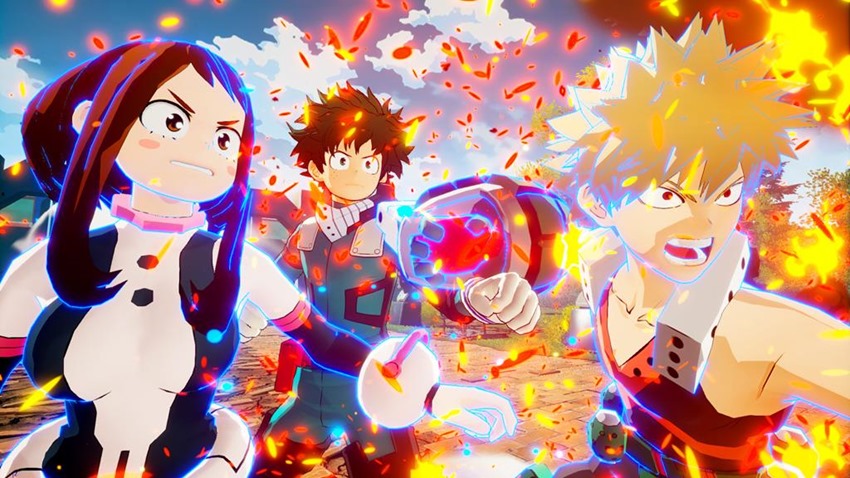 Every generation has an anime that defines it, and currently, the top dog in the Shonen genre is easily My Hero Academia. While it may not be the most beloved anime and manga series on home soil, the tale of a world where almost everyone is special has exploded with popularity in the west. Seen as the torchbearer to the flame that Shonen Jump’s Naruto, One Piece and Bleach lit so many years ago, My Hero Academia is essentially Japan’s stab at creating western-influenced superheroes. 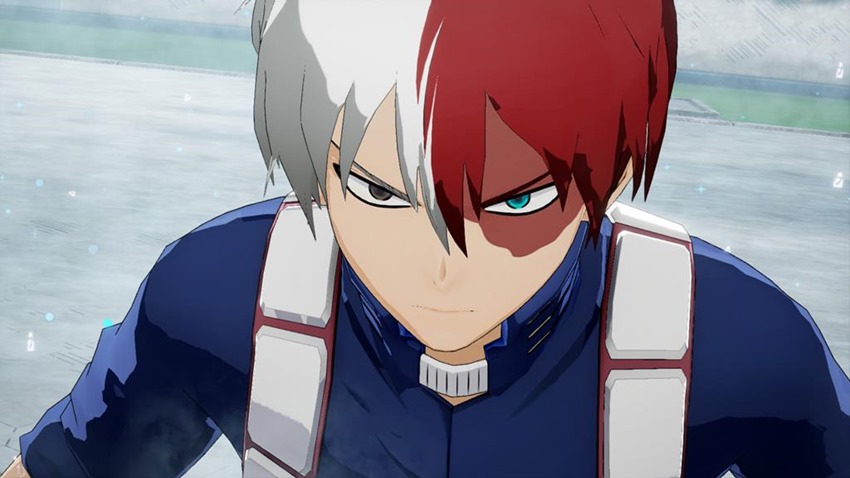 It’s a world of action, suspense and high school shenanigans, that is adored globally currently. Clearly, an official video game adaptation was inevitable. My Hero One’s Justice is that game, a brawler with quirky visuals and plenty of fan service, but does it do My Hero Academia any justice? 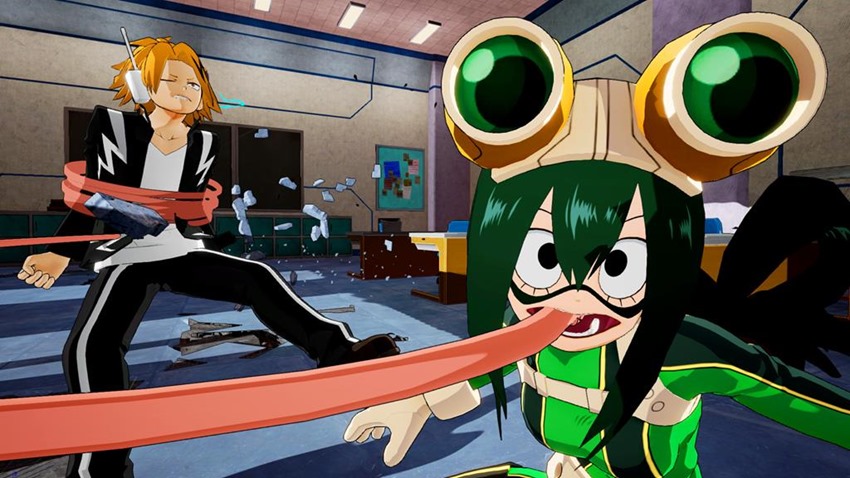 Not exactly. While My Hero One’s Justice is competent as a 3D arena fighter, it quickly becomes a case of style over substance. Make no mistake, this is a game that knows its audience. Every single character looks like they’ve been ripped straight from the pages of the manga and episodes of the manga TV series, the Japanese voice cast is as over the top as you’d expect and at least one character sounds like Paula Deen attempting to cross the language barrier. 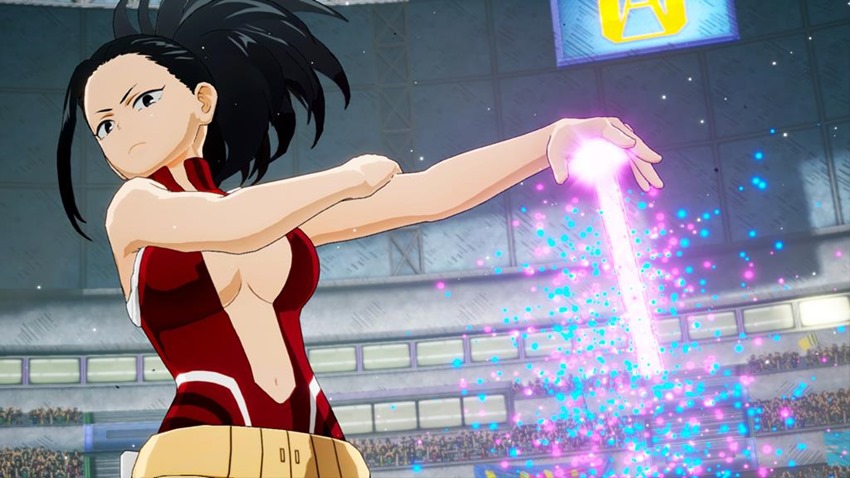 That shiny layer goes even further beyond mere accuracy, throwing in dazzling effects, attacks and ultimate power moves that feel like they’ll shatter your TV screen when they’re unleashed. It’s a flashy presentation, but all that razzle dazzle doesn’t hide the fact that My Hero One’s Justice suffers from some cheap combat systems. 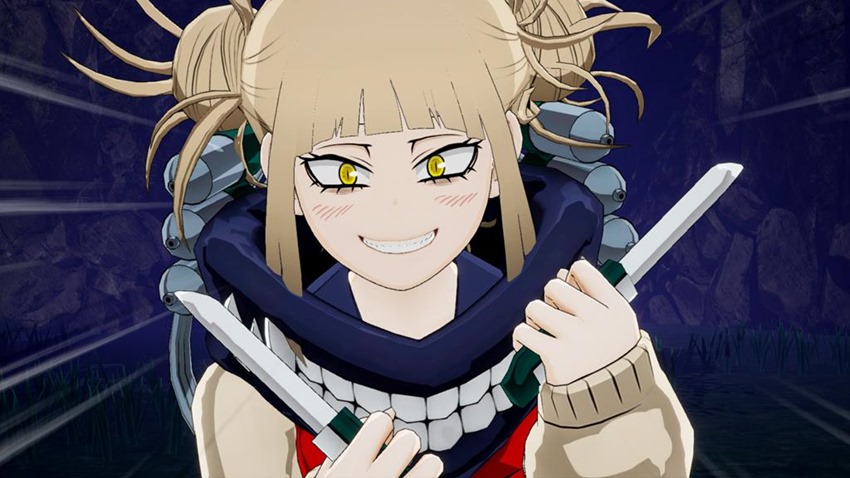 It feels good enough during an initial playthrough, as would-be heroes can leverage the particular quirks of their characters to their own advantage. Combined with normal, counter and unblockable attacks, and the core mechanics of the game should be deep enough to satisfy any button-masher. Admittedly, My Hero One’s Justice does at least manage to harness the speed and power of these characters to great effect, but matches quickly devolve into repetitive combos born from a single button.

True, you can toggle with the game’s settings to make those combos require more finesse, but why even bother when you can take down an opponent with a single finger? It doesn’t help much either that the story mode in My Hero’s One Justice feels like a slapdash effort. Basically cutting out the entire first arc of the anime series and plowing straight past it with only the merest of exposition to make up for the gap, story mode teeters on the edge of mediocre content and is only briefly pulled from that cliff by a handful of big battles that feel important. 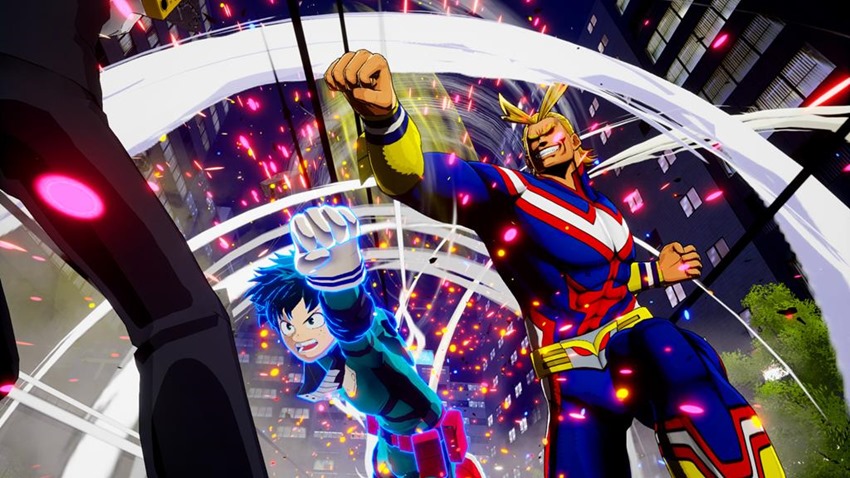 Mission mode at least offers some solace, giving players a more challenging experience as they climb their way through the ranks and giving you actual consequences to deal with as you move from stage to stage. An obligatory Arcade mode and some online action seals the deal on what heroes in training can engage in, while a lackluster customisation option attempts to give some variety to the high school roster of legal vigilantes. 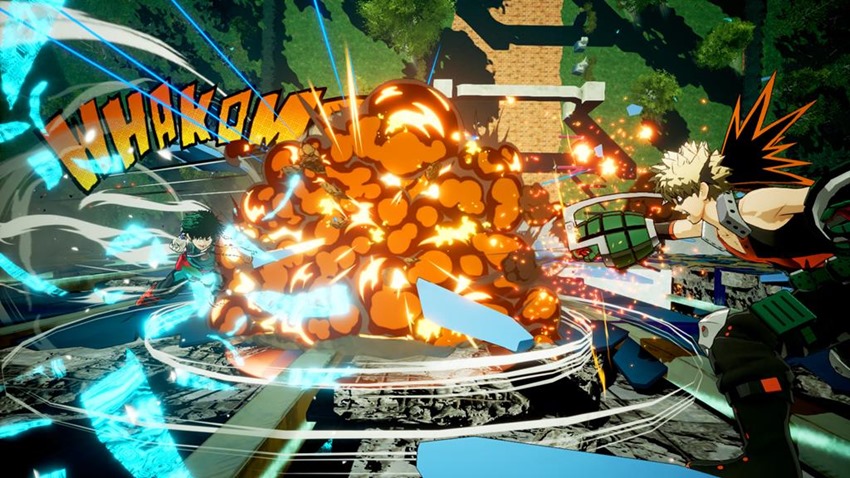 And that’s it really. My Hero One’s Justice looks the part, but it doesn’t walk the path of justice for too long. At the very least, it’s an approachable game that makes a decent effort to be a fan service-infused brawler for fans who can’t get enough of the anime, but it ain’t no Detroit Smash once the dust has cleared.