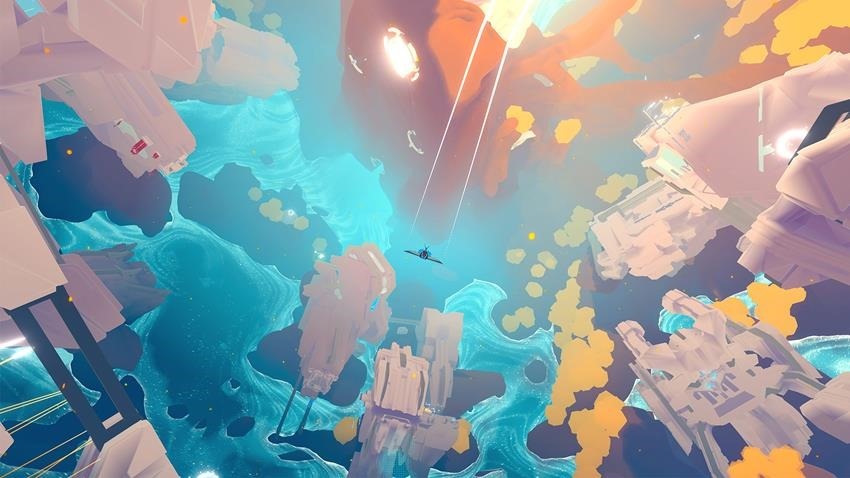 In the mass of shooting, explosions and violence that most mainstream games so often push to the forefront, the idea of a serene, quiet escape is often a breath of fresh air. Thankfully games such as these have arrived in abundance, with stellar examples in titles such as Journey, Abzu and more. InnerSpace attempts to amalgamate many of the highs these games so effortless capture, with its relaxing blend of flight and charming aesthetic inviting your curiosity. But its highs are undercut by some strange controls, confusing level design and sometimes repetitive gameplay, which knock the wind out of an otherwise promising exploration title.

InnerSpace transports you to the Inverse – a strange colourful universe of inside-out planets slowly crawling to their death. Here there’s no semblance of up or down. Rivers flow from above, cascading from gorgeous mountains in the distance while crashing into the deep oceans below. Wind governs the Inverse, controlling the flow of life in and around its ancient ruins and empty spaces. Only a lonesome submarine and your pretty nimble biplane exist in this strange world, attempting to unravel the mysteries its previous inhabitants left. 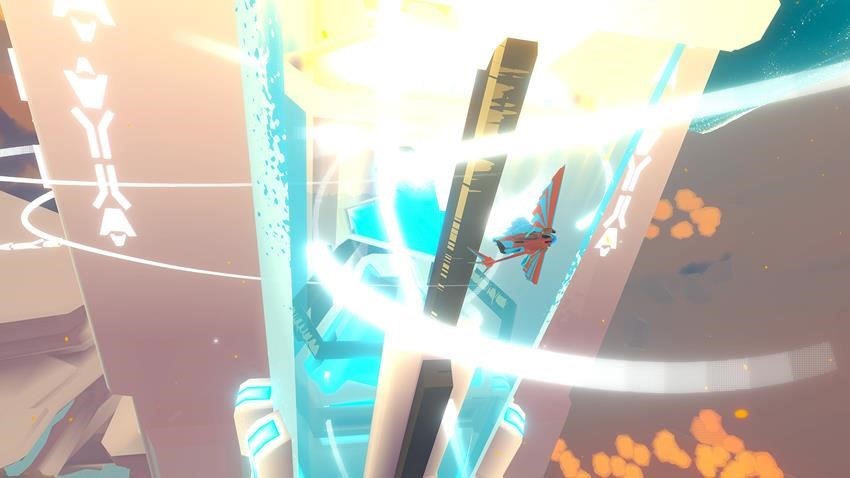 InnerSpace attempts to build intrigue with various relics and expositional dialogue, but its world building is hard to compile into a cohesive image. The Inverse is stunning; it’s popping colours and strange architecture stands out and unique in the handful of hours you get to explore them. But the stories they contain never land. Neither its backstory or the strange, vague stories it tells in the present contain any metaphorical meaning or hook. A disappointment for a world so visually rich and alluring.

Flying around these spaces is far more engaging. With a variety of different planes varying is speed, size and dexterity, exploring these spaces is often the relaxing experiences InnerSpace clearly promises from the outset. Flying in regions without horizons can be jarring at times. Not being able to level out and gather your bearings with structures revolving around you, the motion could possible prove slightly unsettling at first. But the spaces InnerSpace gives you to explore are too gorgeous not to dig into, features several secrets hiding the the crevices if you’re willing to look. 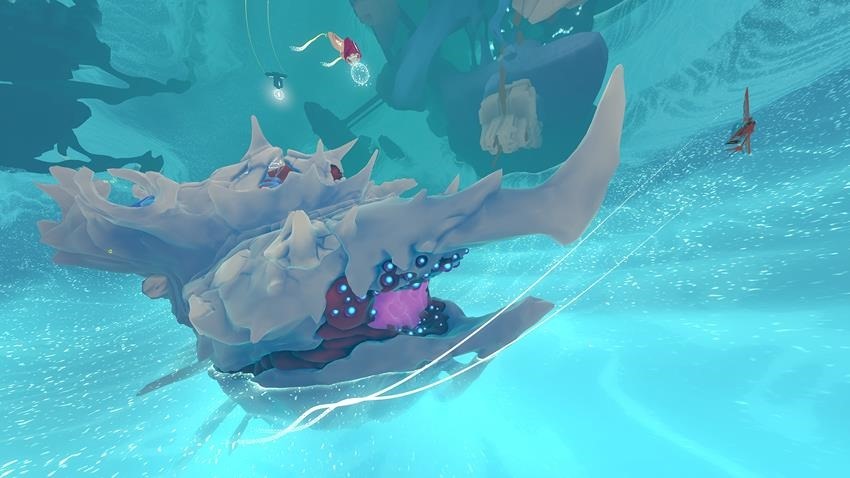 Flight is simple and arcade-like, which makes for easy banking and speedy dives. It’s easy to get to grips with the crafts you’re instructed to pilot, at least when the Inverse gives you enough space to manoeuvre. All too often puzzles require you to get into really cramped spaces, forcing some sharp turns and very limited views with precision-based puzzles needing solving. These transform the otherwise tranquil flying mechanics into a mess of frustration, as you ping pong between walls in an attempt to hit the last lever in a sealed room.

InnerSpace seems all too comfortable making situations such as these part of the core progression of the game, as you slowly unlock to planets to explore and ancient ruins to upend. Puzzles never test your mentally but rather perceptually. Sight is crucial to seeing sometimes small levers or switches required for opening routes ahead, which only makes the smaller flying spaces an even bigger hindrance to the experience. Struggling to move in a room that needs you to see a specific thing at a specific time is a chore, and knocks all sorts of momentum out of the core gameplay. 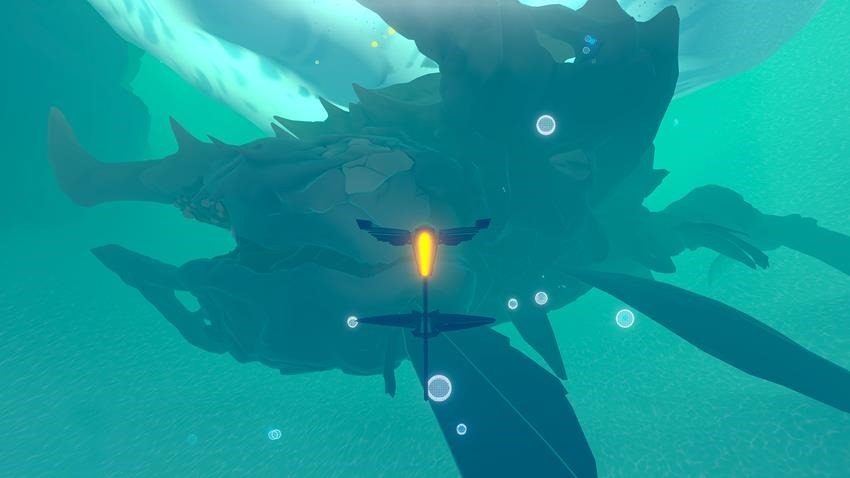 Outside of simply hitting the checkpoints to move the tale forward, InnerSpace features a collection of items for you to scour each space for. These range from simple bubbles of wind either above or below water (used as a sort of currency) to lost relics – opening up more about the Inverse and its inhabitants and unlocking no parts for you to slap onto new aircrafts. Using wind to build new flying machines is compelling, especially when you engage with how different each craft controls. But with the previous narrative issues this is as far as collection really goes in terms of actual rewards, with few of its inscribings really capturing more of what the Inverse holds. 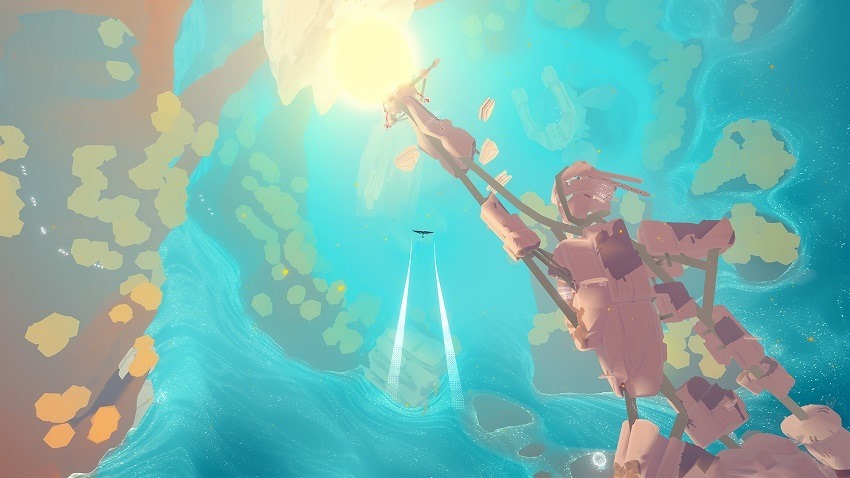 A hollow relic that slowly comes together might have been the perfect metaphor for InnerSpace, if its repetitive ending and need to push its only (really good) mechanic into a corner weren’t so consistent. There’s definitely a sense of calm when floating around the Inverse, or plunging into its depths from a massive height. It’s cathartic getting around, and it’s clear that InnerSpace revels in this serene atmosphere. It’s just a pity that it choose to encapsulate this in a narrative too vague for its own good, putting its stunning artwork and creative world design to a disappointing waste.