We’ve all heard it before. The pleas for strength, the vein-popping screams, the vocal announcement of your special moves. It unashamed of what it is. It makes no excuses for its tropes. Yup, I’m talking about anime. Love it, or hate it, it’s a huge cultural phenomenon and it’s grown in popularity in countries outside of Japan. In fact, it’s so popular these days that a game like this, which wouldn’t have seen the light of day outside of Japan, has been localized for us English speaking folk, and boy am I glad about that. 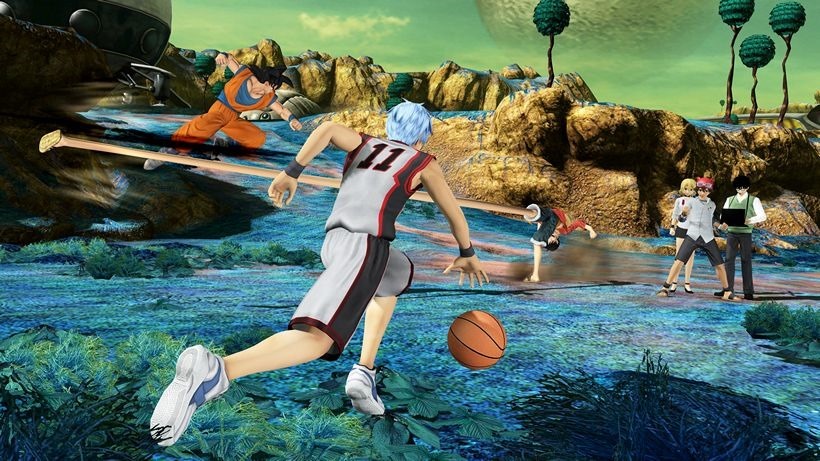 Jump is a magazine featuring a collection of various popular manga in which all of the characters in this game have found their fame at some point in time. The game features a pretty lengthy (for fighting game standards anyway) adventure mode that sees all your favourite anime and manga heroes partake in a tournament to see who is the strongest. You’ll trot the globe taking on side quests and butting heads with rival characters on your way to the top. 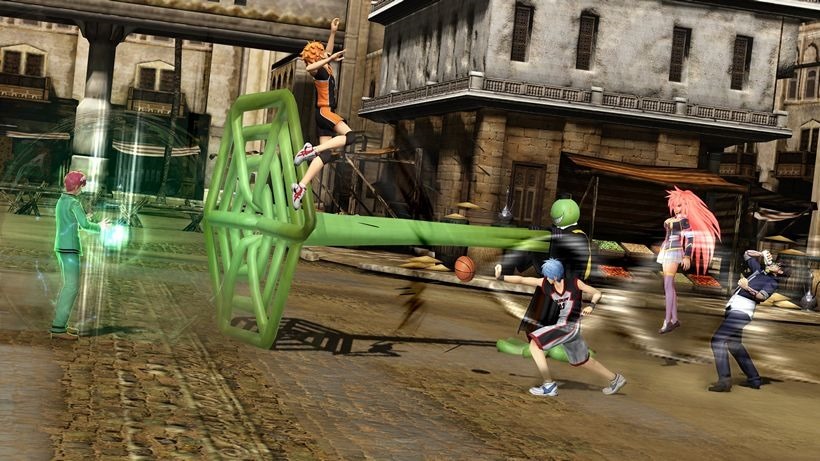 As far as crossover tales go, this is by far the worst and most laughable one I’ve seen. With such a diverse cast I was hoping to see some whacky scenarios but the anime stills during conversations and mostly dull dialog made for a completely forgettable story. The mode itself is serviceable as you explore a world map, taking on side quests and advancing the story.

You’ll earn points which you can use to buy new playable and support characters. It’s welcoming to have a fighting game that still has unlockable characters with no one hidden behind paywalls or pre-order incentives. There’s a lot to unlock and see from fighters to cards that you can use to customize your characters, it’s just a shame that there isn’t an enjoyable story to tie it all together. 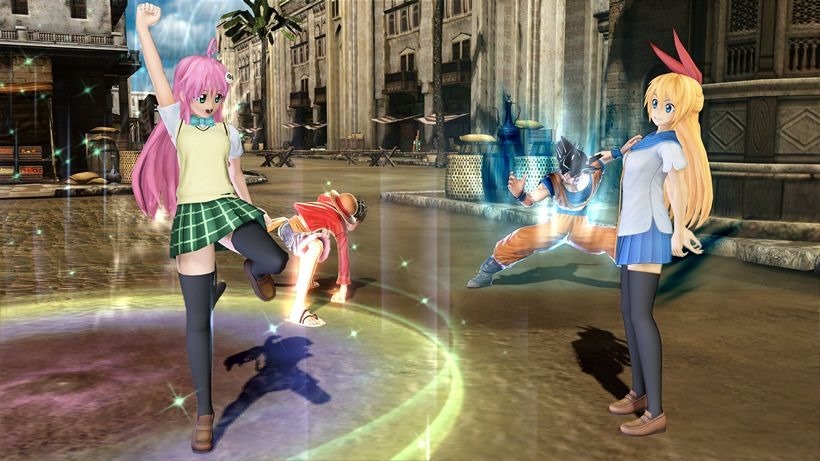 J-Stars Victory Vs+ is a 3D arena fighter and simplicity is the name of the game when it comes to the combat. Commands are largely uniform across the roster making it easily accessible for anyone to really get into. Basic combos consist of light and heavy attacks and special moves are pulled off with simple variations of a single button press.

Characters can guard and dash across the battlefield as well as jump to higher platforms. It’s extremely simple and maybe to its own detriment a bit too simple. Initial impressions left me wanting a bit more from the combat system but once I gave it more time and I started to experiment with different characters, something clicked. 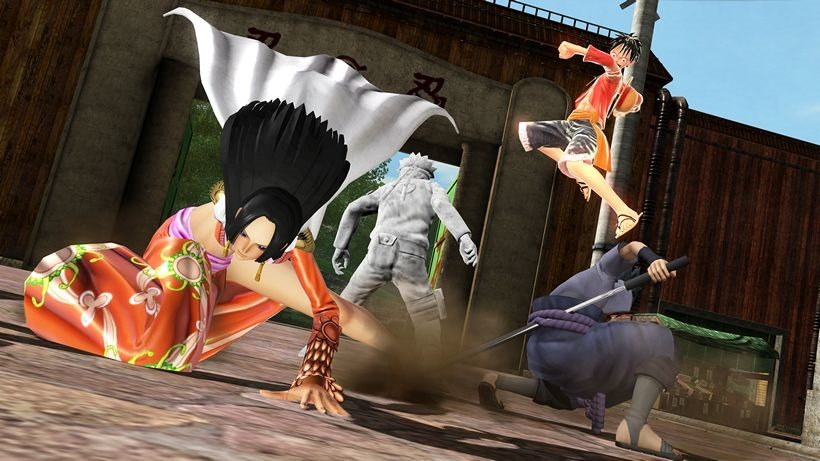 Usually battles consist of multiple characters on screen at once fighting it out. It’s fast and frantic and the combat starts to lean towards button mashing. So I tried doing one-on-one free battles and this is where things became interesting. It’s easy to miss each character’s individuality in the heat of a crowded battle but in actuality, the roster is much more diverse than it initially seems. 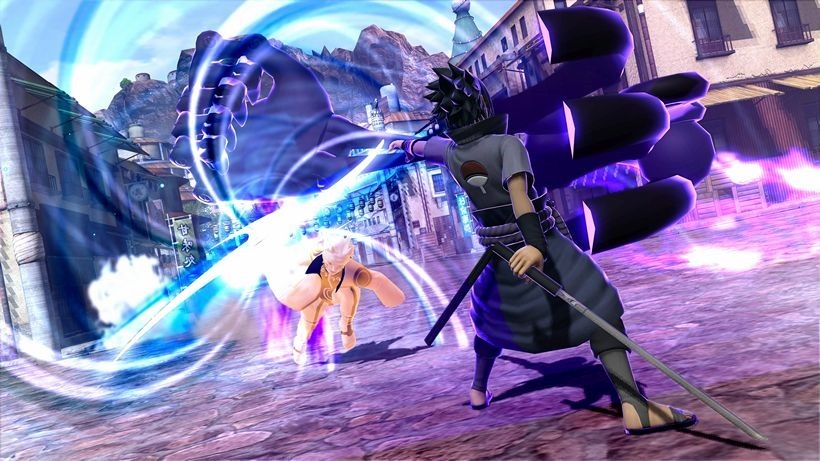 Each character has something special about them. For instance, Himura Kenshin has a varied combo set from straight slashes to chaining them into launches. He also has an alternative sword stance giving him a different feel and new moves. One of his biggest draws however is his Flash of The Heavenly Flying Dragon special move which creates a sphere around him for a few seconds that catches and counters any approaching enemy that steps within its radius, making for some wonderful sneak attacks against enemies dashing towards you. Other characters have different transformations, abnormal status inducing attacks, attack modifiers etc. It’s an absolute blast to try out different things. 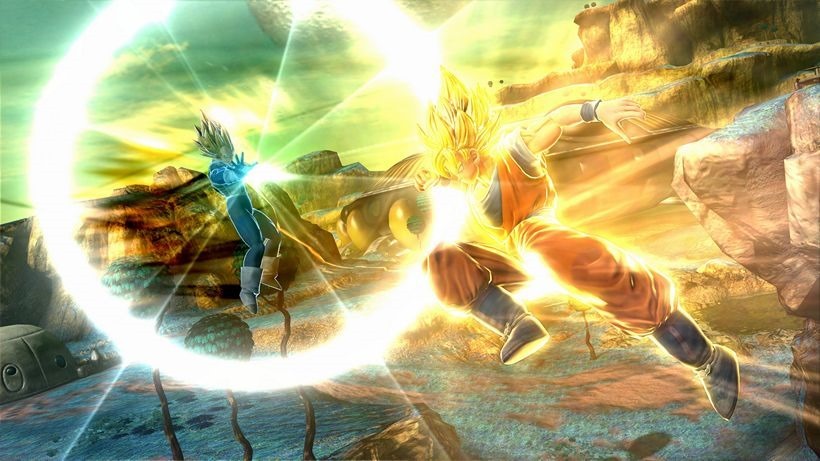 Alongside your normal moves, there is a sort of gauge that fills up that allows you to perform special super moves. If you’re familiar with the characters then these moves are absolute treats to watch. From Goku’s Spirit Bomb to Seiya’s Gold Cloth, they’re all wonderfully animated and brought to life. I felt so much nostalgia seeing these moves and little nods and nuances that only fans will pick up. 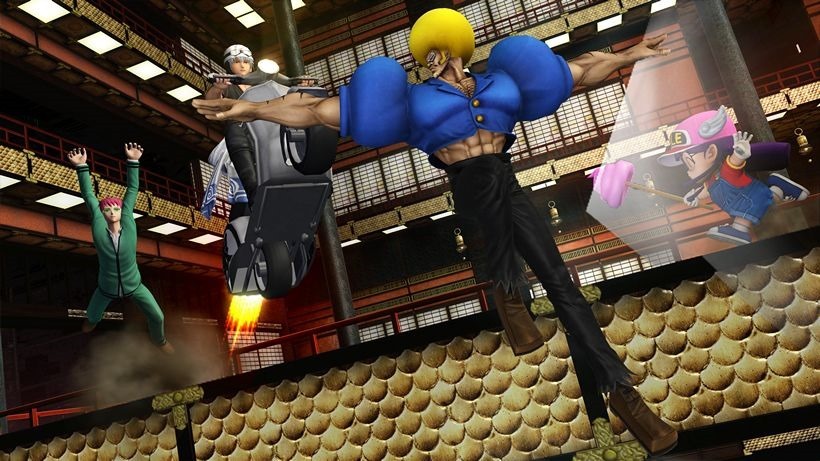 Fighting the AI in a head on battle is pretty fun but engaging a competent human player can really elevate the combat. The game features both local (split-screen) and online multiplayer. Local Vs mode works well enough but the camera can become an issue during split-screen play due to the flashy nature of the moves. Online works well enough and I played against quite a few well-rounded players that forced me to think about how I approach battles. It wasn’t always a smooth ride, but it was manageable for the most part. 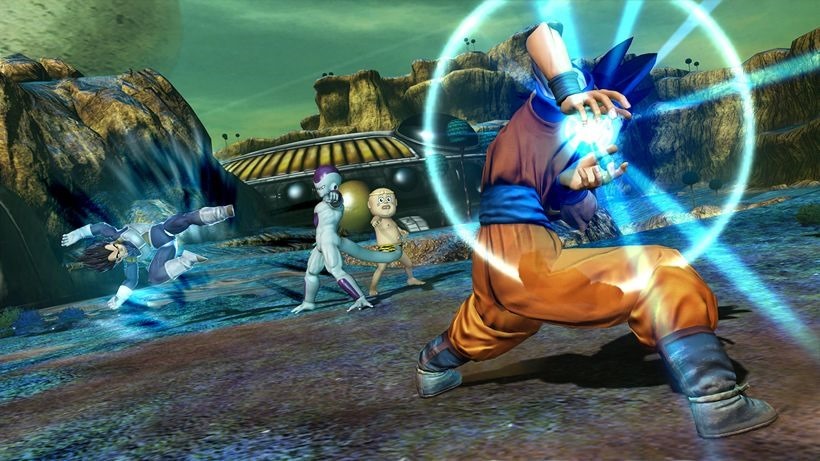 The visuals are pretty sub-standard with environments and conversation backgrounds sometimes looking like they belong in the late PS2 era. Thankfully the character models are great and faithfully represent their source material. Each character is voiced by their original Japanese anime actor which really adds to the authenticity as well. The soundtrack, while featuring completely original compositions, does an excellent job of recreating each series’ feel and tone which is quite a commendable thing to do. I wish the visuals had more polish to them but overall it’s forgivable as the characters themselves turned out pretty well.