Since playing LocoRoco again for the first time in a decade, the indomitably infectious theme song has burrowed its way into my brain, reminding me of its presence at the most inopportune times. I’ll be sitting in an important meeting, discussing fun things like admin and ad sales, when my thought processes are interrupted with “Bah bahhhhhhh!”

“Shut up brain!” I’ll mutter, inaudibly in the hope that I’m offered respite from the cheerfully charming gibberish. It never works – and I’m always left with this, repeating in my head, ad infinitum: Now, with the release of LocoRoco 2 Remastered, that addictive endearing tune is firmly cemented within my cranium. And because I’m a bit of a sadist, here it is.

The remaster of the first game was entirely okay. It brought the very same game from the PSP over to the PlayStation 4, gave it some shiny new 4K visuals and a motion-controlled control scheme – but left its aged, low-resolution made-for-the-tiny-PSP-screen cutscenes intact. This remaster does exactly the same thing – so how much you appreciate it comes down to how much you enjoyed LocoRoco 2 when it was originally on the PSP, or how much you liked the more recent remaster. There’s a story here, but it’s really window dressing. After getting walloped by the LocoRoco at the end of the first game, the dastardly Moja are back but now armed with their own song. Instead of a tune that spreads happiness and joy, their warbling robs the world of its colour. It’s up to the LocoRoco and their MuiMui pals to vanquish the Moja once more, and let their infectious singing blanket the world in happiness and harmony again.

It’s largely the same game, with almost the very same mechanics. You’ll still control singing yellow blobs as they roll and bounce through intricately designed stages. collecting things, finding secrets and then getting to the end. By collecting berries, you’ll increase your LocoRoco count by one, increasing in size. As with the first game, you don’t have direct control of the singing, roly-poly yellow blobs, instead tilting the screen by using the shoulder buttons. Holding both buttons down, then letting go lets you jump, but letting go of just one button jumps in the opposite direction. It’s an odd control system, but one that becomes intuitive…eventually. If you prefer, a simple tap of the bar in the middle of the DualShock 4 switches the game over to motion control mode, where tilting the controller left and right tilts the screen accordingly, while yanking the controller upwards makes the LocoRoco jump.

There are some genuine, worthwhile changes though, so it’s not just the first game with some new levels. Musical notes litter each level, adding another type of collectable. By earning enough of them, other collectibles become easier to pick up – making those completionist runs a little less of a drag. You can pick them up by bumping bits of the game’s fauna and flora, or by bouncing away the black blobs of misery that Moja lave around. You’ll also earn notes when the LocoRoco have to sing, only that’s now been turned into a small rhythm-based minigame. There’s generally just a little more to do in each of the game’s levels – though the number of them has been cut in half. It means you could power through the game in a handful of hours, with just competionism and minigames to bring you back. To that end, the number of minigames has tripled – but none of them is engaging enough, unless you really like outfitting that MuiMui house. 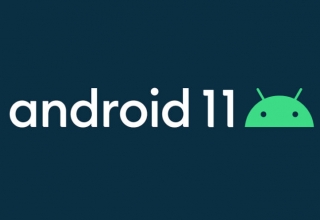 Google has dropped the developer preview for its next Android OS a lot earleir than expected.