Metal Gear Solid V (which happens to be a Hideo Kojima game, in case you didn’t know) is coming next week, bringing the series – at least the series under Kojima’s stewardship – to a close. Thanks to its decades-long legacy, It’s a game that people are incredibly excited for. Well, reviews have been trickling out – more than a week before release, which speaks of a certain confidence on the developer and publisher’s part. We’ll have our own review out today, though it seems we’ve been given a different embargo time to the rest of the world. Here’s what critics have to say thus far. 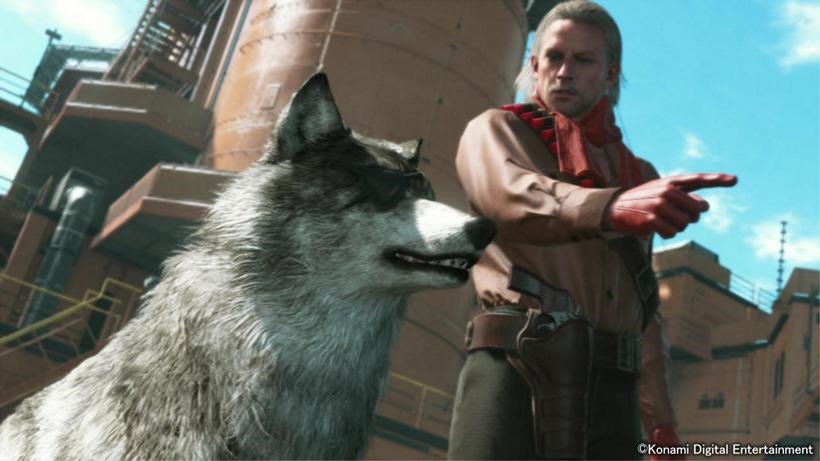 Every fan of Metal Gear has their favorite game in the series. For some, it’s the unique gameplay quirks, memorable set pieces, or specific plot points that dictate their adoration for one game over another. When defining the best Metal Gear game, things get trickier, but with The Phantom Pain, that problem is finally resolved. There has never been a game in the series with such depth to its gameplay, or so much volume in content. The best elements from the past games are here, and the new open-world gameplay adds more to love on top. When it comes to storytelling, there has never been a Metal Gear game that’s so consistent in tone, daring in subject matter, and so captivating in presentation. The Phantom Pain may be a contender for one of the best action games ever made, but is undoubtedly the best Metal Gear game there is. 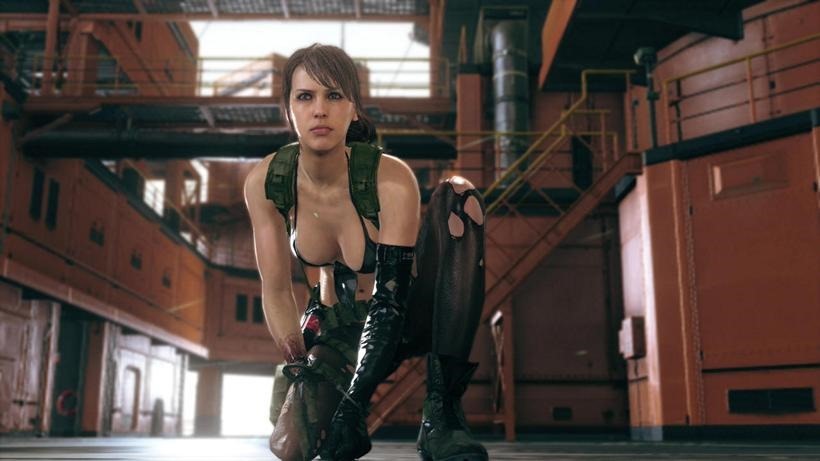 The Phantom Pain is the kind of game I thought would never exist – one where every minute gameplay detail has true purpose. Its lack of story focus is sure to be divisive for the Metal Gear faithful, but the resulting emphasis on my story, my tales of Espionage Action, easily make it my favorite in the series. There have certainly been sandbox action games that have given me a bigger world to roam, or more little icons to chase on my minimap, but none have pushed me to plan, adapt, and improvise the way this one does. Metal Gear Solid 5: The Phantom Pain doesn’t just respect my intelligence as a player, it expects it of me, putting it in league that few others occupy. 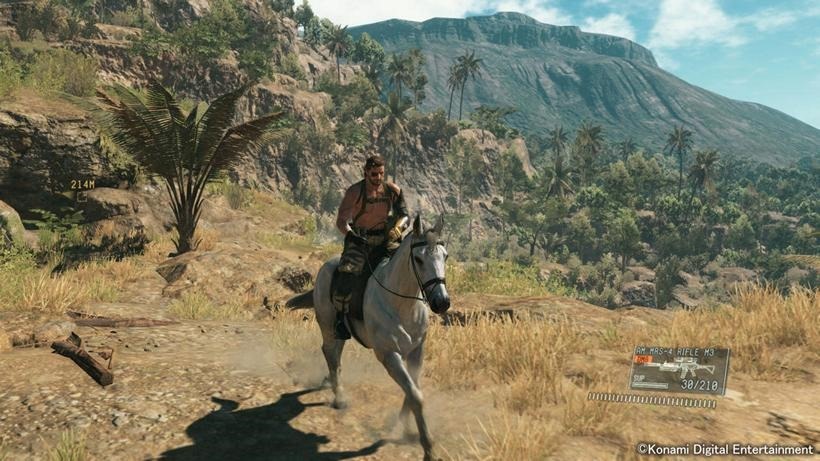 Metal Gear Solid: The Phantom Pain is quite possibly (more than likely) the last hurrah from Kojima in this franchise and from the level of detail, the brilliant cinematography style missions to the massive expansion of gameplay with Mother Base management – he’s going out with a bang. The introduction of the game was really powerful and basically took that level of momentum throughout the entire campaign. It’s incredible to see the amount of work gone into this title and you can see Kojima and the team really poured their soul into this game to give it character. This is simply one of the best games I’ve played this year. 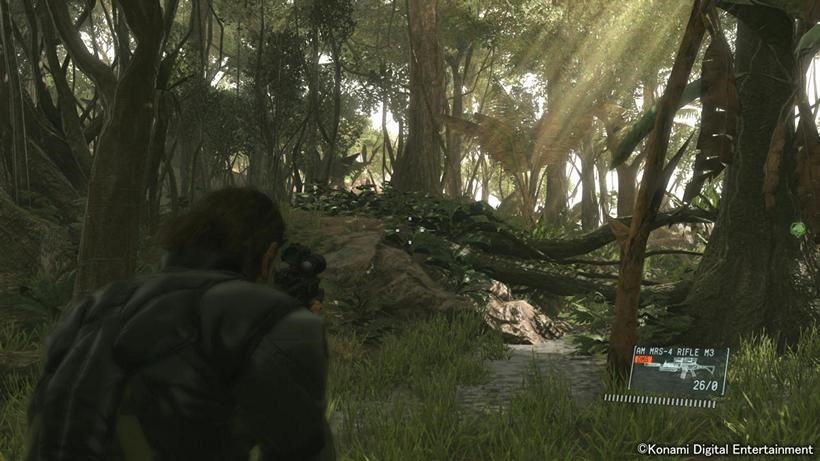 For a series that has been around since 1987 to constantly reinvent itself and stay relevant is an accomplishment in itself. But to totally break what you expect a game can do for you emotionally & mentally – and at the end of the day have fun with it and give you legitimate joy – is something special. 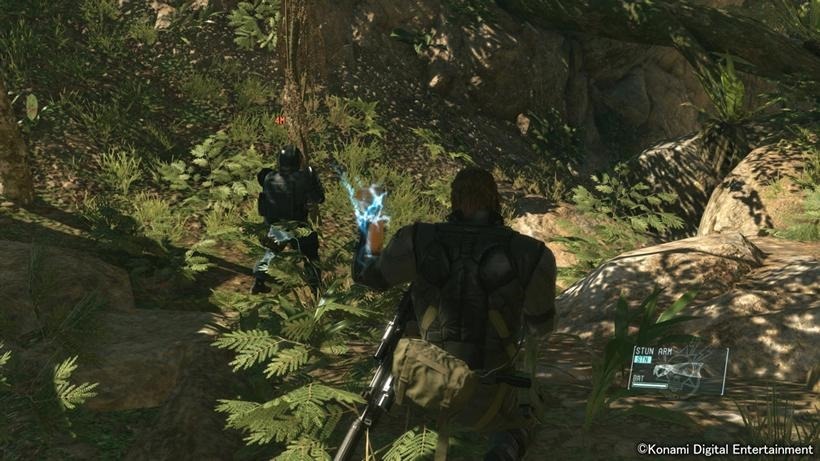 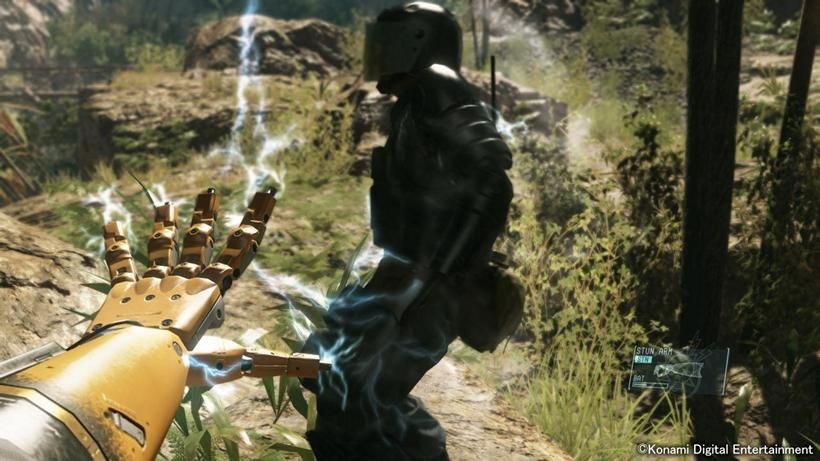 Aside from being a mildly engrossing troop management feature, Mother Base acts as a narrative precursor to Big Boss’ Outer Heaven fortress. It’s just one of a number of key elements in The Phantom Pain that adds gravitas to the events that preceded this chapter in Big Boss’ stor—and the known Metal Gear-related incidents that have yet to come. It takes talent to make the player think that a game director is “phoning in” a story only to realize later that every narrative beat had some degree of meaning. It’s only when I completed the story that I realized that every scene that made me rub my chin in puzzlement is a proverbial breadcrumb that offers a new perspective upon second viewing. A couple revelations are even significant enough to make one rethink the series as a whole. This is one of those rare instances where marathoning a game series is more meaningful after the latest sequel is released, not before. 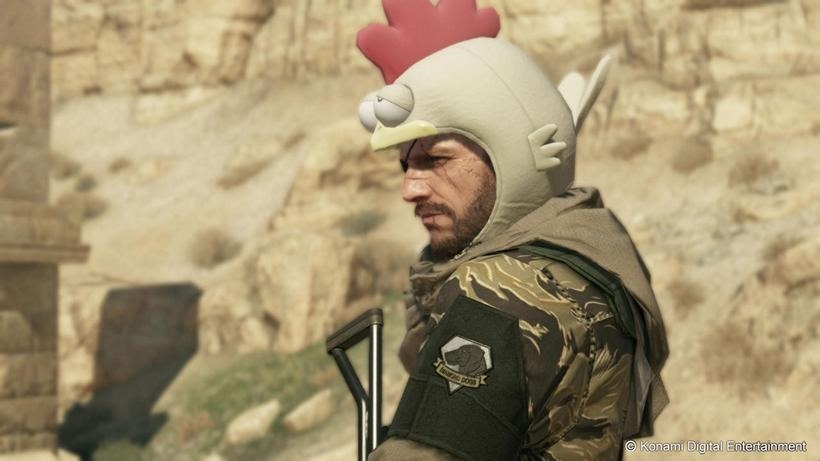 Even Metal Gear Solid V: The Phantom Pain’s missteps show a certain boldness that is absent from the big budget games space. It is unafraid to experiment, not just on the franchise’s structure, but on mechanics readily established as standards in the industry. Delivering the most realized open-world stealth game to date in addition to the customizability for players to approach every challenge however they see fit, The Phantom Pain not only changes the rules of the Metal Gear Solid series, ultimately altering the trajectory of the franchise, if it does continue, while simultaneously changing the idea of what can be accomplished with an open world game, both narratively and mechanically. 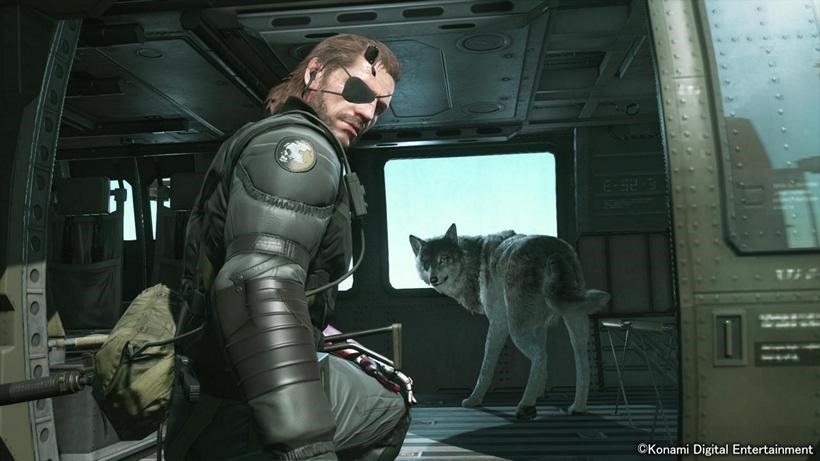 Hideo Kojima’s original Metal Gear was a top-down, screen-by-screen stealth title. Compared to the massive and ambitious world of The Phantom Pain, it’s hard to believe both games are products of the same creative mind. A series can’t survive this long without evolving, and The Phantom Pain is a testament to the importance of taking risks. An open world, a customizable base, a variable mission structure – these are not traditional aspects of Metal Gear, but they are what makes The Phantom Pain such an exceptional game. The gameplay, storytelling, and protagonists in Metal Gear may shift with each new installment, but Kojima’s ability to surprise and enthrall gamers remains unchanged. 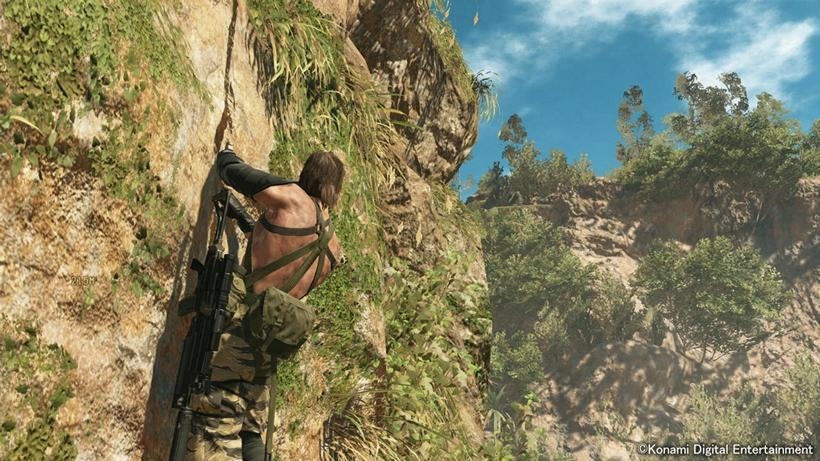 Despite the fact that I hit a few snags along the way, Metal Gear Solid V: The Phantom Pain feels like a simultaneous celebration of the series, and a decidedly new chapter. It’s equal parts tough and flashy, and it’s fitting that if this is Kojima’s last Metal Gear, he goes on a high note. 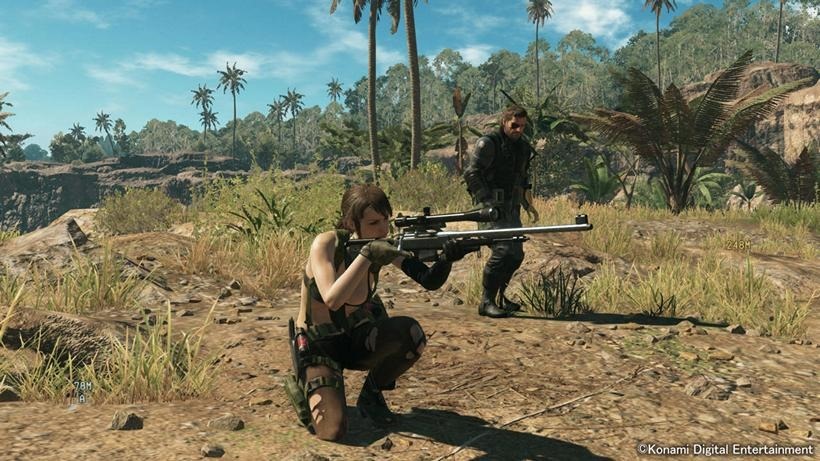 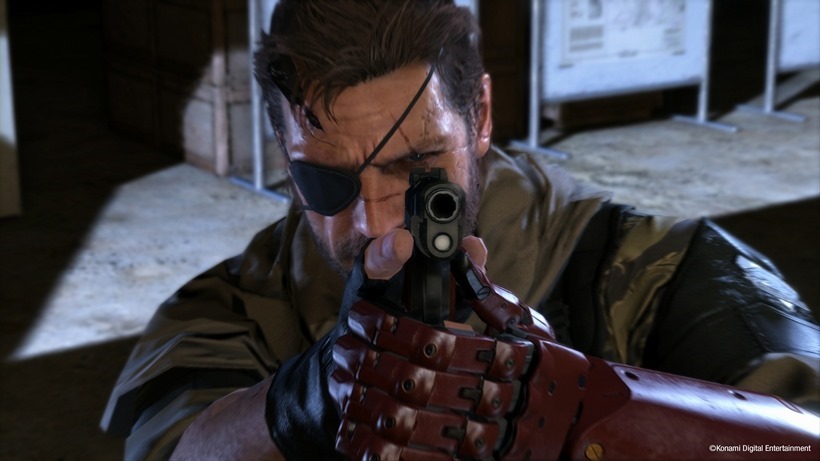 The Phantom Pain’s story is, like other Metal Gear Solid games, complex — and frustrating in that complexity. It can be clumsy, silly and puerile, but we’re still hooked. There are dozens of audio tape conversations we’ve listened to to flesh out the backstory, with dozens more still to soak in. Without a doubt, this game has series creator Hideo Kojima’s touch throughout, a fact we’re reminded of the dozens of times the game says The Phantom Pain was directed and produced by Kojima. 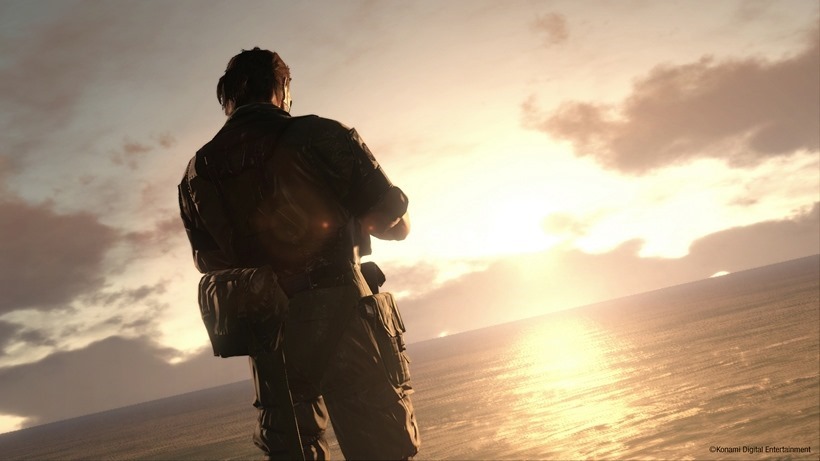 I will say that Kojima has crafted an incredibly memorable game, and when all is said and done, possibly his best. Jeremy and I will have plenty more to say about The Phantom Pain in the next week or so; but in lieu of a final score, I’ll just say that, yes, it’s definitely worth playing. Regardless of how you end up feeling about The Phantom Pain, there’s truly no game like it.