Home Entertainment Mute review – A lot to talk about 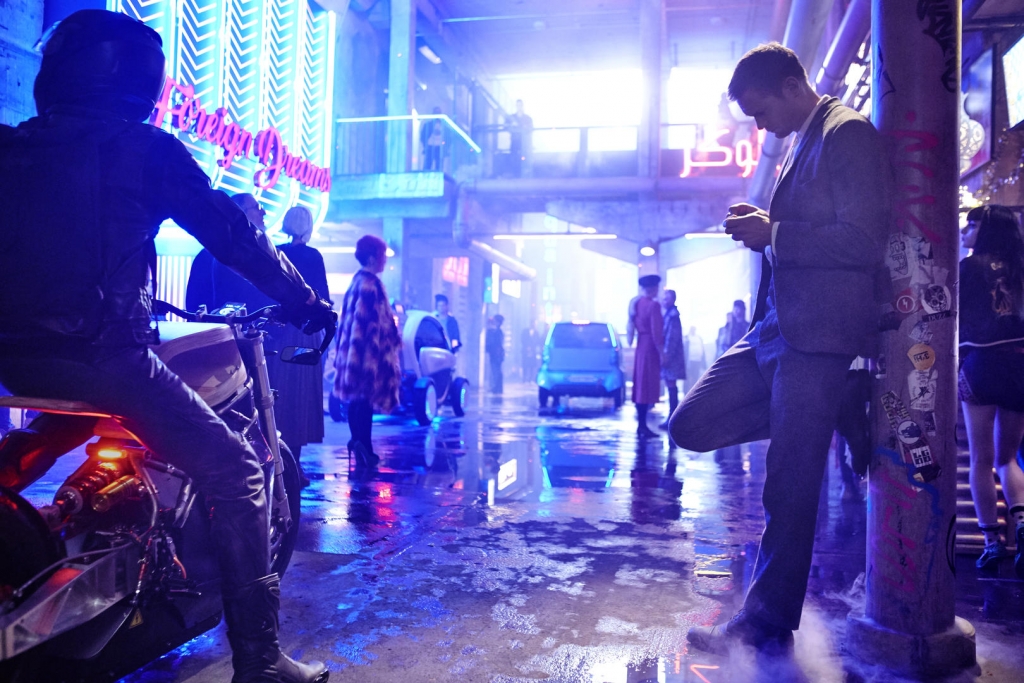 Netflix has recently been pushing the science fiction genre to the happiness of many (including me). Their last outing was with the rather awesome series Altered Carbon, a show that took place in a future dystopia that shared elements of other great science fiction movies like Blade Runner. Mute, directed by Duncan Jones (Warcraft, Moon) who also co-wrote the script with Michael Robert Johnson, borrows heavily from these established worlds to create something all too familiar, but also quite welcome.

So I invited a few mates over and we Netflix and chill no, wait, just Netflixed, I think that’s right… So what did we think? Well, our rather lengthy discussion can be viewed below with a quick roundup below that. Firstly, what is Muse about?

In a Berlin of the future, a mute bartender’s search for his missing lady-love takes him deeper and deeper into the city’s criminal underbelly.

The three of us enjoyed Mute and while there are issues with the story and some pacing, I still think it’s worth a watch. The look of the movie is very similar to Altered Carbon; dark and raining, however, I don’t think there is even one scene set in the daytime. The clothing, as was pointed out by a usually slow Trevor, looks like it was pulled out of the Fifth Element too which certainly makes for an interesting mix of cultural fashions. One thing I thought was rather odd was the forced erotica that was peppered throughout the film. It didn’t really mean anything, there was no depth in its presence where I found in Altered Carbon it was saying something. Many of these appearances are also oddly funny. In one scene we even had Dominic Monaghan (with a hilarious South African accent) being interrogated while two sexbots have at it, breaking the tense scene with slapstick sex. 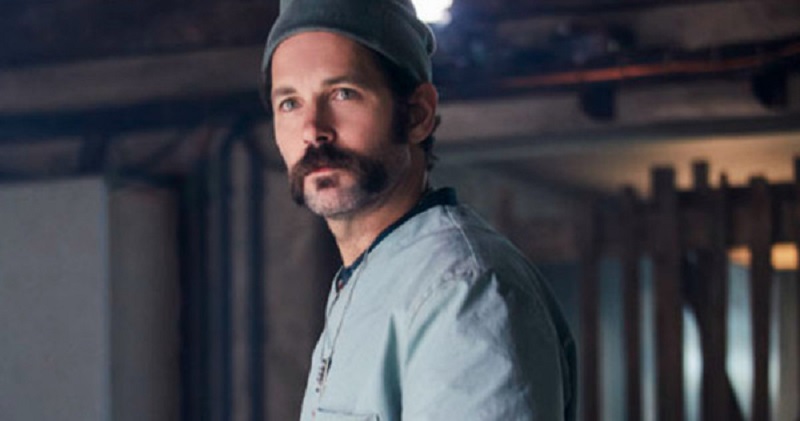 While we enjoyed the majority of the movie, others certainly didn’t. Mute has been nailed by the critics and is currently sitting on 9% on Rotten Tomatoes and 35% on Metacritic, which I honestly think is very unfair. Just for Paul Rudd’s absolutely insane character and his chops, the movie gets a 50% straight away! Alexander Skarsgård, while inconsistent at times, did a very good job playing an Amish mute and Justin Theroux steals each scene with a sexually deviant character that reminded me of Buffalo Bill from Silence of the Lambs (only with less moisturiser). I’ve seen many people saying they enjoyed the movie over social media, and also many saying that Netflix is selling out to people by offering them formulaic ‘we know you want this’ and not movies of quality.  I can’t comment on the latter, but I can say that giving Mute a lower score than any of the Twilight movies says a great deal about the industry at present.

I will admit though that the story starts to become a bit too convoluted around the last quarter mark, heading into directions that are unnecessary and quite frankly, messy. However, the world building is done well, the visuals are great and the noir fiction it revels in kept me interested though its 2 hours running time. If you have Netflix and like science fiction, I think you’ll be happy with Mute. 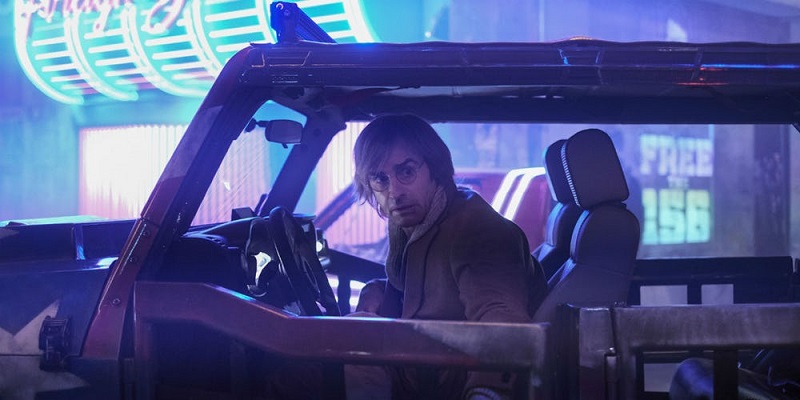 While set in a near-future Berlin with Blade Runner-esque cityscapes, I wouldn’t really call Mute a sci-fi movie. It has far more in common with a noir detective film, one that we see play out through the two distinctive viewpoints of two utterly different people, but ones currently running in the same circles and who’re connected by a very intimate thread.

First we have that of Alexander Skarsgård’s mute bartender, Leo. He’s a gentle giant of a man who’s ill at ease in this modern, tech-loving city due to his Amish upbringing. He comes across as very earnest and sincere, and his side of the tale – attempting to track down his missing girlfriend – is a very serious affair. Skarsgård does a fairly good job of selling his character, something which couldn’t have been easy since he’s denied a voice and rather has to express everything through his facial expressions and posture.

The polar opposite to Leo is Paul Rudd’s Cactus Bill, an AWOL American serviceman who makes his living performing black market surgeries along with his best friend, Duck (Justin Theroux). He’s trying to earn enough money to pay off his debts and get the false documents he needs to escape the city and return home. Rudd gets some amazing material to work with and he delivers it brilliantly, all while sporting a set of very impressive muttonchops.

There’s an interesting dichotomy between the viewpoints of the stoic Leo and the madcap Cactus Bill’s and it’s demonstrated practically in the movie. The former’s side of the tale is told at a sedate pace with little humour on display, while the latter’s comes at a frenetic pace with plenty of humour and bombastic excess. This leads to the movie frequently changing pace, which can be a touch disconcerting, but I think works well in the context of this twin-viewpoint movie.

As the plot unravels and we learn more about all those involved and what transpired Mute steadily becomes much darker, with some shocking character motivations and actions revealed. This again can be disconcerting as you could’ve been enjoying watching characters who, as is a staple of noir detective movies, are not what they first appear to be. All-in-all I think Mute is well worth watching, just be aware that it frequently changes gears, and that it doesn’t shy away from the darkness inherent in some of its characters or the world they inhabit.