It would not be too much of an exaggeration to say that science-fiction makes up part of my DNA. I have loved the genre since I can remember. It’s formed a lens to the world around me and offered an escape when times called for it. Hearing that more would be heading to Netflix had me so excited I went out and bought a book. That book, of course, is Altered Carbon.

If you would rather listen to me rant and foam at the mouth about the series you can check out the video below, otherwise, read on!

Authored originally by Richard Morgan back in 2002, the Netflix series adaptation was created by Laeta Kalogridis after a bit of time in production hell – some 15 years to be precise. Of course adapting anything from a book to a series is bloody tricky, even more so when your characters are literally not quite themselves. Juggling a hyper-violent series with deep moral issues of immortality, power and class wasn’t going to be easy, but I can happily say that for the most part, they’ve done an excellent job! 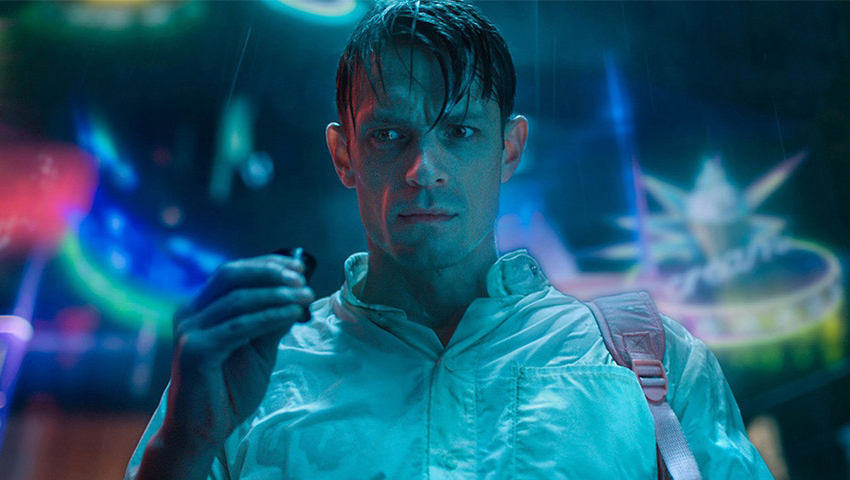 Taking place in 2384, the ability for humans to move their consciousness (contained in “stacks” that basically plug into the back of your neck) into new bodies, or ‘sleeves’, has become commonplace for the rich. This strips the importance of one’s own body as they become mere vessels for your mind and can be changed as easily as one changes clothes, provided you have the means to do so. Sadly, this throw-away-society is easy to extrapolate from the world we live in now.

The story follows Takeshi Kovacs, a former special ops soldier turned terrorist/freedom fighter and played by Joel Kinnaman, who is resleeved after his stack was kept on ice for over 200 years in order to solve the murder of one of the world’s oldest and richest men, Laurens Bancroft (James Purefoy). Now that might sound like the plot for a detective story, and you would be right. This is detective noir science fiction at its most base level. And as with all good noir detective stories, this is only the beginning of a twisting and turning plot. 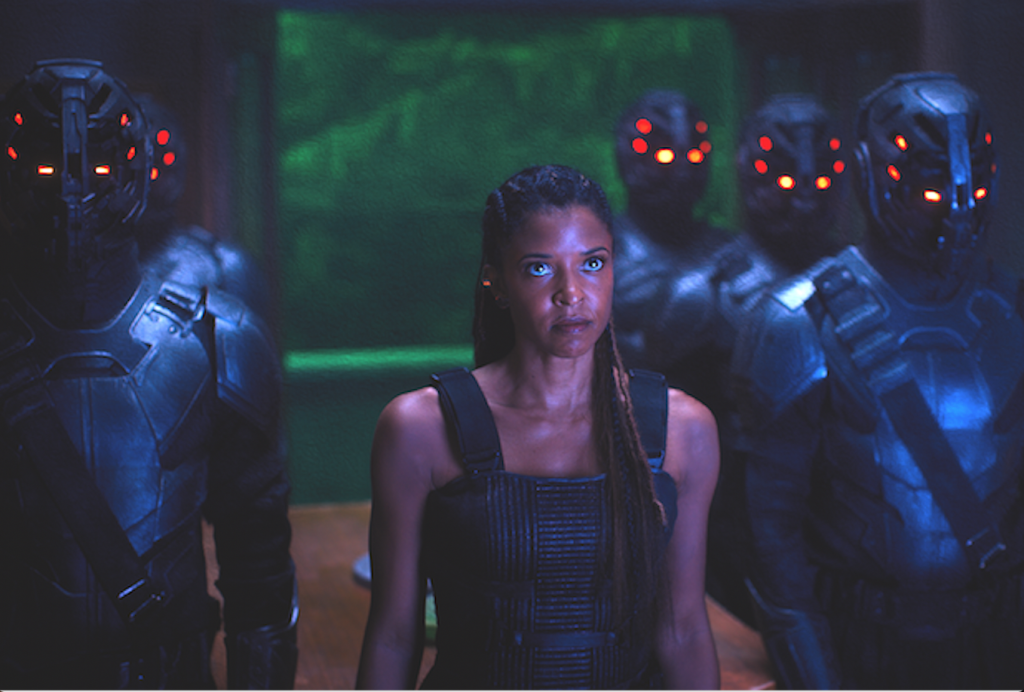 Altered Carbon will remind many of Blade Runner. The mix of cultures, with Asian being the most prominent, has often been a go-to place for science fiction writers looking at the future and that is most certainly the case here. This aesthetic is prevalent throughout the ten episodes and is beautifully realized. That said, other cultural elements are also apparent. In particular, when different languages are spoken at the same time – a wife speaks Spanish to her Arabic-speaking husband, for example. This adds to the reality that what you see is not what you get. I mean you could be looking at some huge tattooed guy with piercings when in fact there’s a grandmother inside! It also creates a distinct class system that permeates throughout the series.

The central themes of Altered Carbon are class and immortality. Both of these affect people in ways that are subversive and detrimental to those under them. Bancroft, as a person who is a few hundred years old, believes his family is above others; something literally shown in the huge tower they live on above the clouds. He even believes that his children owe him, and this comes out in some seriously disturbing ways.

Having the ability to resleeve yourself to stave off the reaper is impactful on all levels though. RD, or ‘Real Death’, is a massive threat that most civilians have to worry about though. Not just that, but even if you die and your stack survives, does your family have the money to resleeve you? And what about those who are murdered? Can they come back and whisper who did the deed? And what if you are religious? Luckily for Takeshi, these issues don’t matter as he is in the right place at the right time. 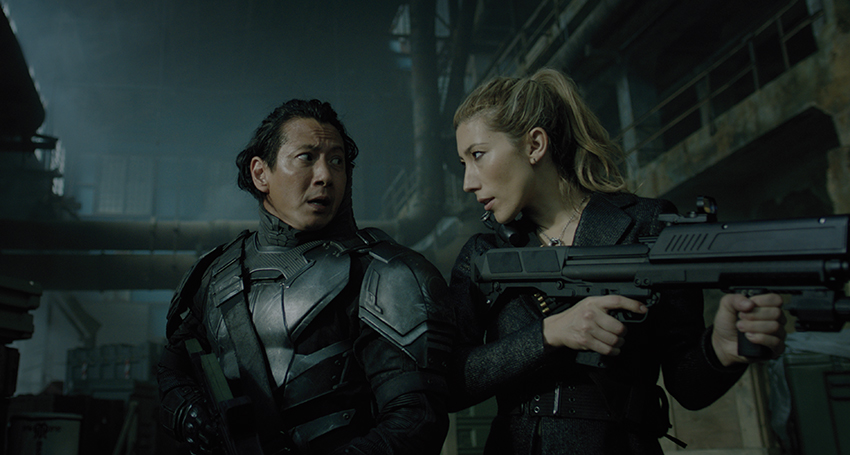 Kinnaman does an excellent job playing Takeshi, but he isn’t the only actor who gets to do this. Through flashbacks, you can see him in his original ‘sleeve’ and in another too. Playing these characters are Will Yun Lee and Byron Mann. Lee gets more screen time than Mann and he is absolutely brilliant in his role, especially with his interaction with Dichen Lachman, who plays Takeshi’s sister.

There has been some controversy around Kinnaman’s casting though, with some screaming ‘whitewashing’ which I would like to address. Firstly, whitewashing is a real thing. Kinnaman has publicly spoken to that, as has Kalogridis. However, when you are following the story in the book, one that has an Asian man put into the body of a Caucasian man for reasons both logistical and integral to the story, I don’t think it applies here.

The concept of race is also a tricky one in Altered Carbon as society literally doesn’t care what you look like, whether you have augmentations, or even if you are nude (which is something we’ll get to in a bit). The concept of sleeves removes a lot of this; if you don’t like what you look like, change it, add something, or take it away. I’d say the diversity of actors in Altered Carbon is great. From African-American to Mexican, there are many different races represented here. Speaking of Mexican… 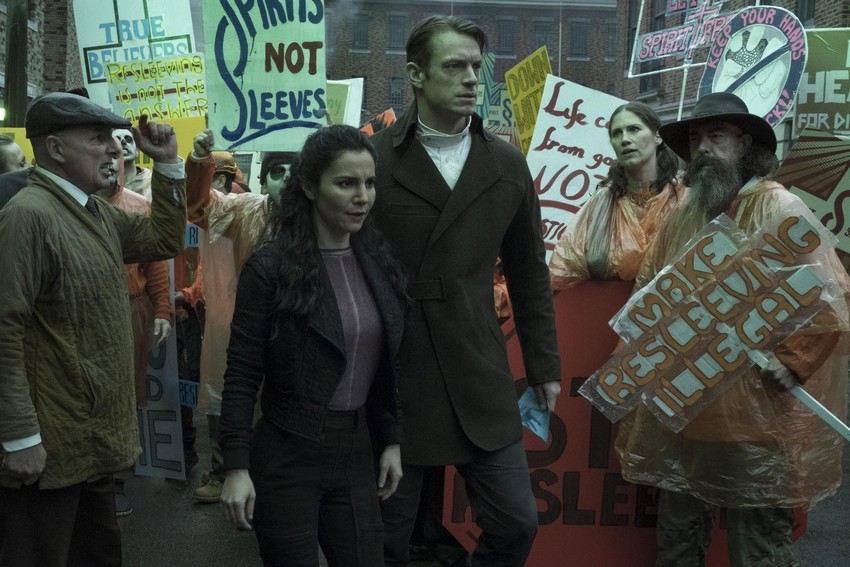 Acting alongside Kinnaman is the very talented Mexican actress Martha Higareda, who plays police detective Kristin Ortega. Her role as a reluctant buddy-cop partner allows for a great deal of exposition in her relationship with Takeshi, which is rather complex, as many things in the series are! I don’t want to go into too much here for fear of spoilers though. Takeshi is also aided by the excellent Chris Conner as Poe, the Hotel Raven’s AI, who steals almost every scene he is in and provides much of the humour in the series. Renée Elise Goldsberry who plays Quellcrist Falconer, an important character in Takeshi’s life (no spoilers here!), is a real badass too. In fact, all the female leads are pretty tough.

While speaking about the female leads I’d also like to address the nudity and sex in the show. Firstly I can say off the bat that it is nowhere near as bad as Game of Thrones. That said, there are sex scenes scattered through the series and plenty of nudity (both male and female – if Bancroft is not sporting a prosthetic, respect brah), as one would expect in a story where the intersection between sex and power takes you from seedy massage parlours to high-tech brothels. Nudity and sex are definitely brought to the foreground here, but it’s not displayed in a voyeuristic manner. In the future world of Altered Carbon nudity is far more commonplace and accepted as such, and the camera never dwells on it. And thankfully while the source material is very explicit, they have toned down the sex scenes from Morgan’s book because that would have probably hit a Super R-rating and would certainly not appear on Netflix. 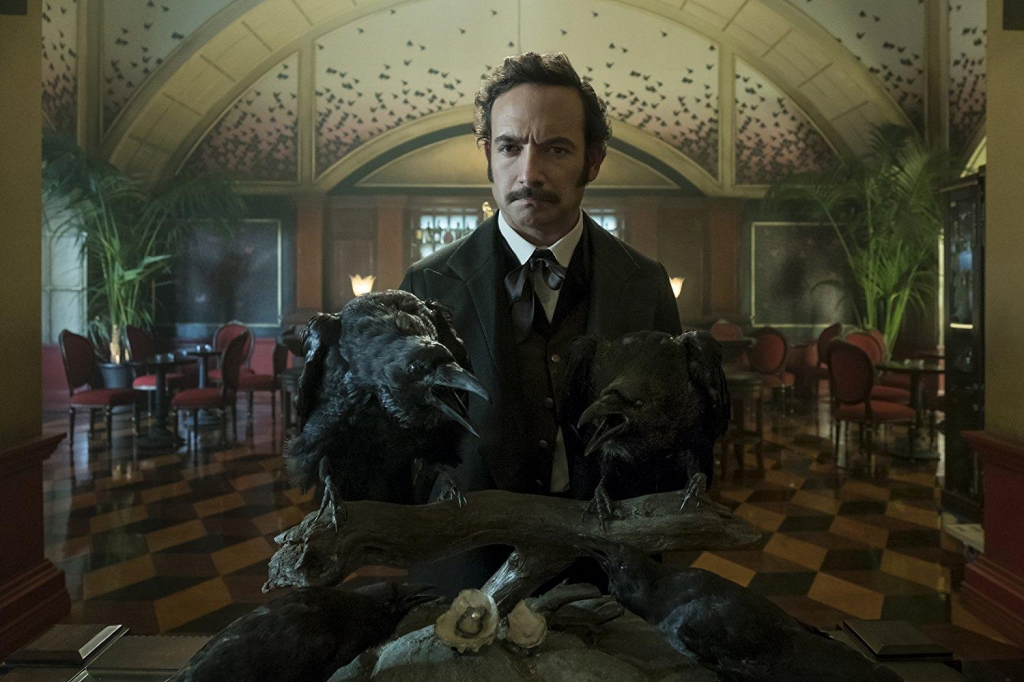 Some critics have condemned the violence depicted towards women, and I can’t disagree here. From whorehouses that offer clients violent and lethal fantasy options to sword-wielding ninjas, it can be quite extreme at times. I think this was done to, again, reflect the fact that the physical form is not as important to them as it is to us. In fact, the worst thing that can happen to you is not done in the real, its done in a virtual reality environment inside a computer – I won’t spoil that for you though! Suffice it to say those with more delicate demeanour won’t enjoy Altered Carbon. This is intense cyber-punk science fiction. I would agree too that for some the opening few episodes are rather confusing. Throwing the viewer into a world that is not explained is something I like, the overtly obvious and lengthy expositions not so much.

Altered Carbon is certainly not for everyone; this is no Expanse or Killjoys. It’s a brutal and graphic story about would-be gods set in a world where the flesh means little to those with money. The main story is intriguing but does lose itself in the way it basks in the glory of the visceral. That said Takeshi, and many around him, have such interesting stories you’ll want to follow them to their conclusion. The dry humour, the superb effects and action make this stand out from other science-fiction shows. 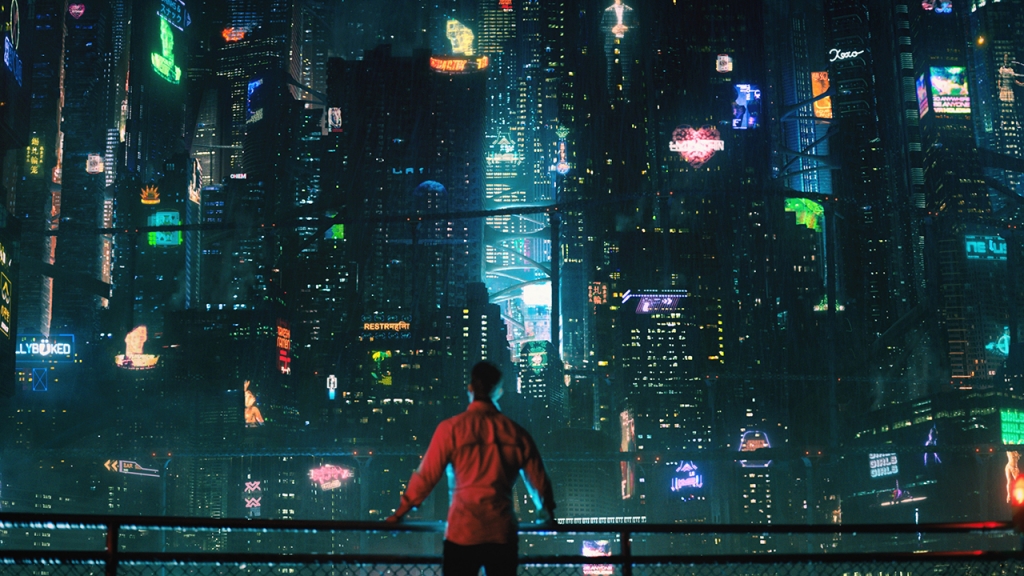 If you think the production values, sets and costumes in a show like Game of Thrones are phenomenal you ain’t seen nothing yet. The sets are just phenomenal for a series, hitting a level of Blade Runner 2049 with a beauty in nearly every scene. You’ll also love the costumes and makeup as the artists strive to create a very real world we are loath and yet compelled to be part of. Lastly, the opening credits hits a new level for Netflix, one that stands shoulder to shoulder with Westworld.

PS: Takeshi also has a pink ‘Hello Pony’ backpack where he keeps all his stim drugs and guns. Enough said! 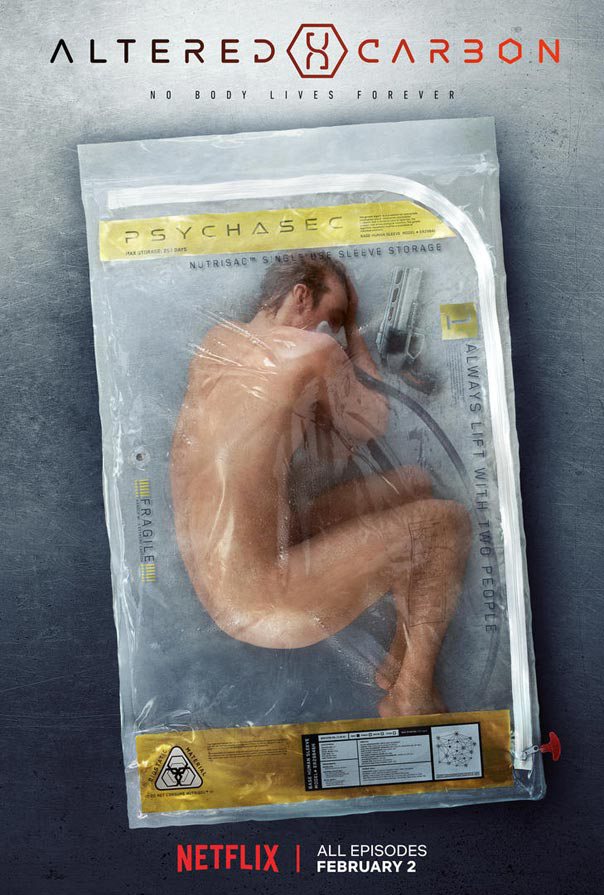